A gate driver solution for EMI mitigation without compromise

As we continue to try to squeeze every last percentage point of efficiency out of new power supply designs, switching speeds are becoming faster and faster. 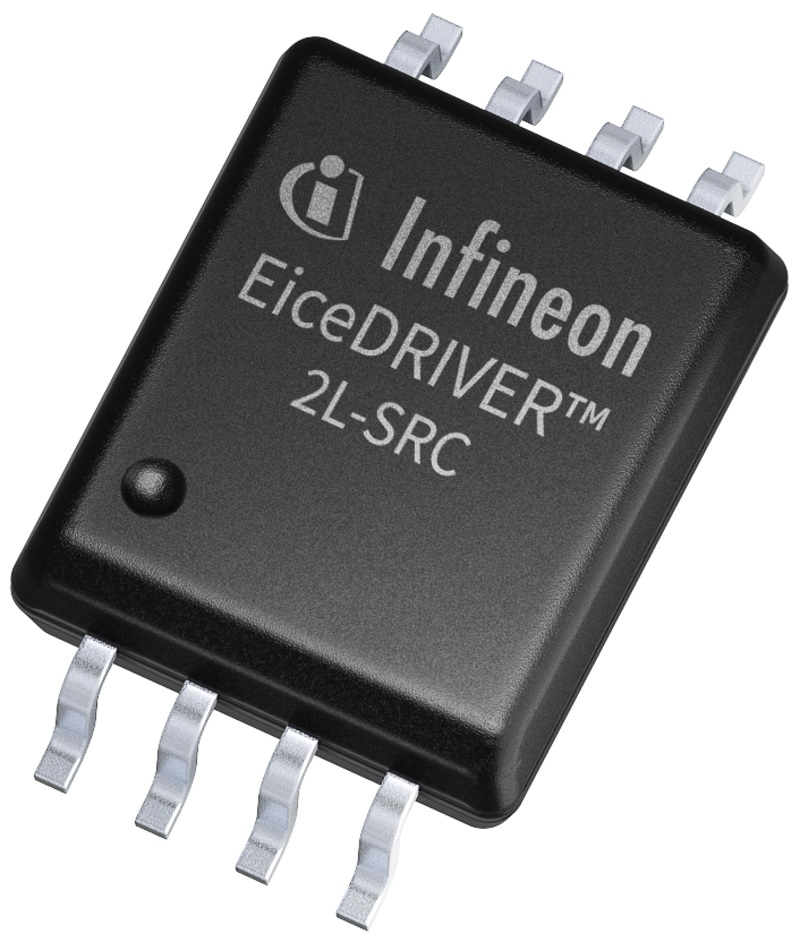 It is not just efficiency that benefits from faster switching. There are further advantages, including a reduced BoM, and as efficient designs give off less heat, they don’t require such large heatsinks, leading to smaller and cheaper system solutions. However, high switching speeds have a downside that can offset these benefits. The fast switching of large currents induces electromagnetic interference (EMI) into the circuit, which normally requires a bigger and better EMI filter design to mitigate. Another way to deal with EMI is to raise the gate resistance, but that slows the switching, introducing higher switching losses and giving off excess heat.

To provide designers with another option that doesn’t involve one extreme or the other, Infineon has added a new range of four products to its EiceDRIVER isolated gate driver portfolio that allow higher speed switching while tackling EMI violations. The new products feature a second resistor in parallel with the normal gate resistor to balance dv/dt speed and EMI during start-up and light-load operation. The solution also minimizes switching losses during high-load operation. The additional resistor can be bypassed at high loads, increasing the gate resistance for a short time at the apex of the waveform, which softens the slew rate until the current drops below the maximum EMI envelope. This technique stops EMI violations while allowing the circuit to continue to switch at a high rate with much lower switching losses than would be found at a constant higher gate resistance. Any microcontroller can be used to calculate the optimal times to switch in the second resistor.

Two of the new devices in the EiceDRIVER 2L-SRC Compact gate driver family are rated at 10A and two at 18A. At each current rating designers can chose from a device that can control the slew rate on the upslope and downslope, or alternatively a device that only controls the slew rate on the upslope, but includes a Miller clamp to avoid parasitic turn-on. The gate driver family comes in an 8 mm wide-body package and features voltage ratings of up to 2300 V, supporting power switches beyond a 1200 V blocking voltage.

The integrated safety capabilities, including UL 1577 and VDE 0884-11 (reinforced isolation) certification, of the product family make the devices suitable for use in applications with demanding isolation requirements, such as 1700 V industrial drives. They are also suitable for applications including solar systems, UPS and EV charging.