Capturing CO2 from Trucks, Reducing Their Emissions by 90% 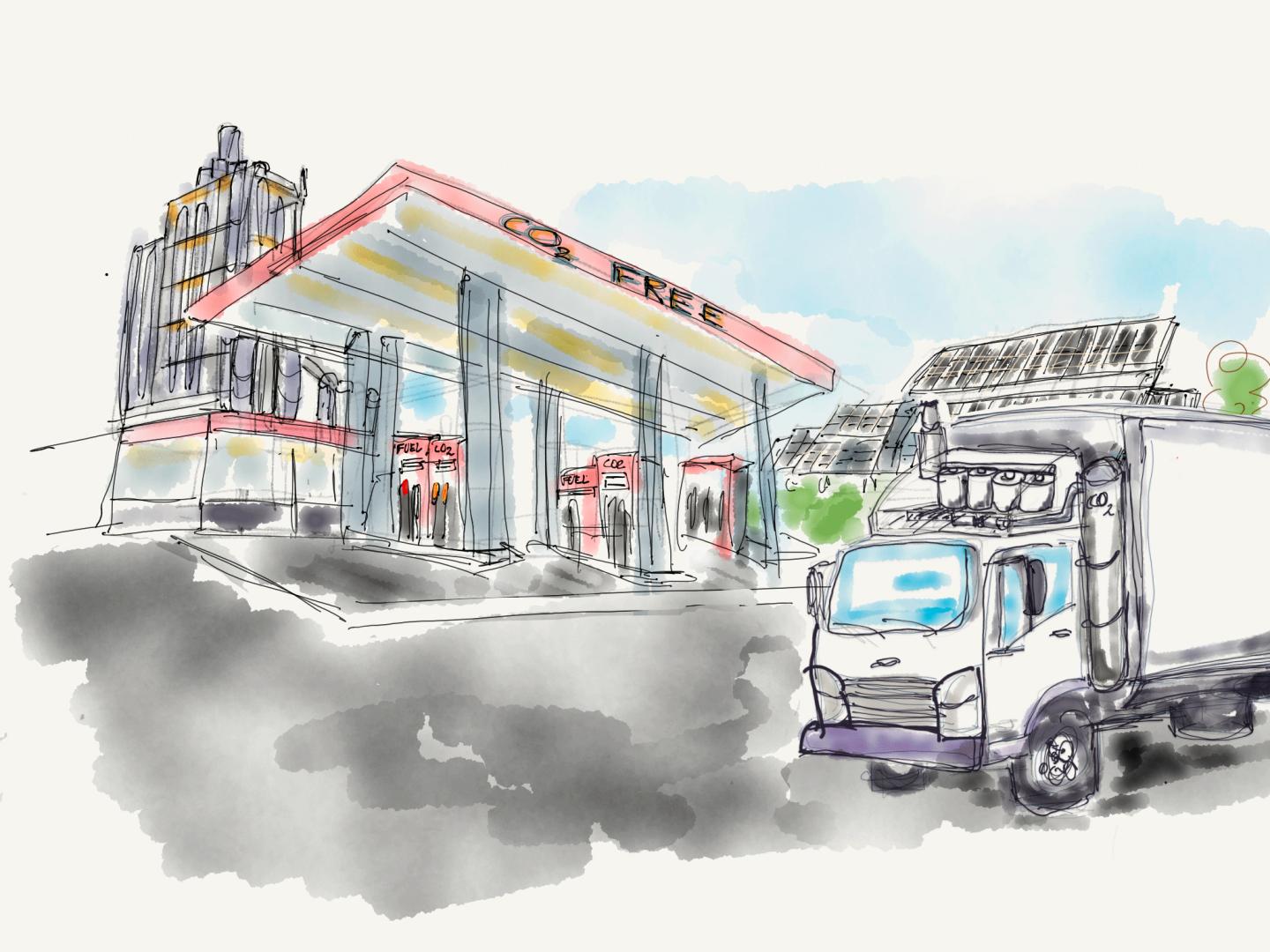 In Europe, transport is responsible for nearly 30% of the total CO2 emissions, of which 72% comes from road transportation. While the use of electric vehicles for personal transportation could help lower that number, reducing emissions from commercial transport - such as trucks or buses - is a much greater challenge.

Researchers at EPFL have now come up with a novel solution: capturing CO2 directly in the trucks' exhaust system and liquefying it in a box on the vehicle's roof. The liquid CO2 is then delivered to a service station, where it is turned into conventional fuel using renewable energy. The project is being coordinated by the Industrial Process and Energy Systems Engineering group, led by François Maréchal, at EPFL's School of Engineering. The patented concept is the subject of a paper published in Frontiers in Energy Research.

A complex process onboard the vehicle

Scientists propose to combine several technologies developed at EPFL to capture CO2 and convert it from a gas to a liquid in a process that recovers most of energy available onboard, such as heat from the engine. In their study, the scientists used the example of a delivery truck.

First, the vehicle's flue gases in the exhaust pipe are cooled down and the water is separated from the gases. CO2 is isolated from the other gases (nitrogen and oxygen) with a temperature swing adsorption system, using metal-organic frameworks (MOFs) adsorbent, which are specially designed to absorb CO2. Those materials are being developed by the Energypolis team at EPFL Valais Wallis, led by Wendy Queen. Once the material is saturated with CO2, it is heated so that pure CO2 can be extracted from it. High speed turbocompressors developed by Jürg Schiffmann's laboratory at EPFL's Neuchâtel campus use heat from the vehicle's engine to compress the extracted CO2 and turn it into a liquid. That liquid is stored in a tank and can then be converted back into conventional fuel at the service stations using renewable electricity. "The truck simply deposits the liquid when filling up with fuel," says Maréchal.

The whole process takes place within a capsule measuring 2 m x 0.9 m x 1.2 m, placed above the driver's cabin. "The weight of the capsule and the tank is only 7% of the vehicle's payload," adds Maréchal. "The process itself uses little energy, because all of its stages have been optimized."

The researchers' calculations show that a truck using 1 kg of conventional fuel could produce 3kg of liquid CO2, and that the conversion does not involve any energy penalty.

Only 10% of the CO2 emissions cannot be recycled, and the researchers propose to offset that using biomass.

The system could theoretically work with all trucks, buses and even boats, and with any type of fuel. The advantage of this system is that, unlike electric or hydrogen-based ones, it can be retrofitted to existing trucks in order to neutralize their impact in terms of carbon emissions.