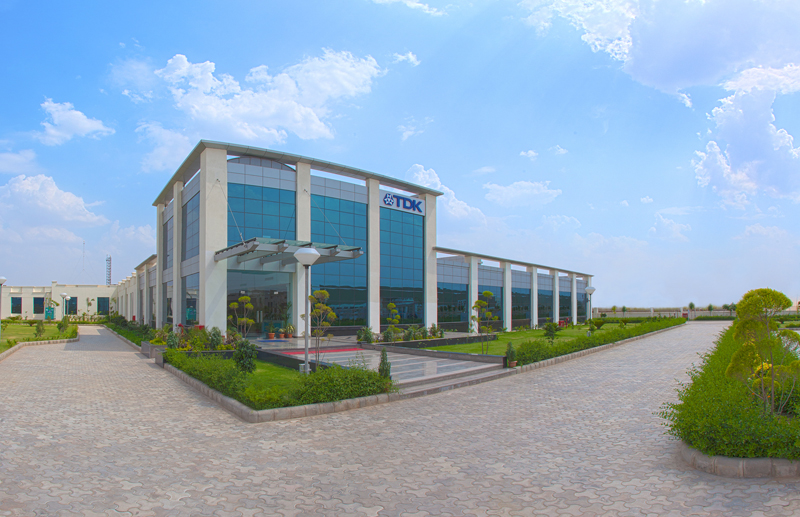 TDK Corporation announces that its subsidiary, EPCOS India Pvt. Ltd., has officially opened a new factory in India for power capacitors. Located in Bawal, Haryana, some 100 kilometers southwest of New Delhi, the new plant will focus on the manufacture of AC capacitors for motor start and motor run applications and capacitors for power factor correction (PFC), primarily for the Indian market. The 8600 square meter factory joins the company's existing plants in Nashik, Maharashtra, and Kalyani, West Bengal, to form a powerful manufacturing base to serve not only the fast growing Indian market, but also the entire global market. EPCOS India is a member of TDK-EPC Corporation, which is the world market leader for both AC power capacitors and low-voltage PFC capacitors. "We are very confident that we will further improve our overall competitiveness thanks to our competent and dedicated team and the cutting-edge manufacturing facility here in Bawal," said Klaus Ziegler, Chairman of the Supervisory Board of EPCOS and Chairman of the Board of Directors of TDK-EPC. "Bawal plays an important role in our business: the capacity expansion allows us to take advantage of the growing demand for capacitors in India and to increase sales in the ASEAN, European and NAFTA markets as well." Thanks to its flexible manufacturing concept, the new factory can be adapted quickly to changing needs depending on market demand and customer requirements. Natarajan Balakrishnan, Managing Director and CEO of EPCOS India adds, "The new factory, which has already started commercial production, also positions us much closer to many important customers in northern India." Innovative products for dynamic markets EPCOS India serves important growth markets with the products made in Bawal. With an annual growth rate of 10 to 20 percent the Indian market for consumer durable goods is one of the most dynamic in the world. India is also the company's largest single market for PFC products and solutions. The factory in Bawal is designed to help meet the growing demand for a large variety of customer-specific and standard film capacitors both in India and worldwide. Initially, the new plant will produce EPCOS branded AC and low-voltage PFC capacitors, which are also manufactured in Nashik. The AC film capacitors are used in motor start and motor run applications in washing machines, refrigerators, or pumps, for example. EPCOS PFC capacitors likewise enable power utilities and industrial systems operators to lower power consumption and significantly reduce costs, while also improving the power quality in power grids. In the medium-term, the portfolio will be expanded to include medium-voltage PFC capacitors for rated voltages between 1 and 35 kV. The Bawal plant will serve as the company's only factory for these products, which are vital components in the power transmission and distribution infrastructure. EPCOS India has invested around EUR 10 million in the new facility, which is large enough to enable future expansion. Nearly 400 people are now employed in Bawal. EPCOS India, which has a long history of development, manufacturing and sales activities, has close to 3000 employees in 3 factories and 16 sales offices throughout the country. www.epcos.com