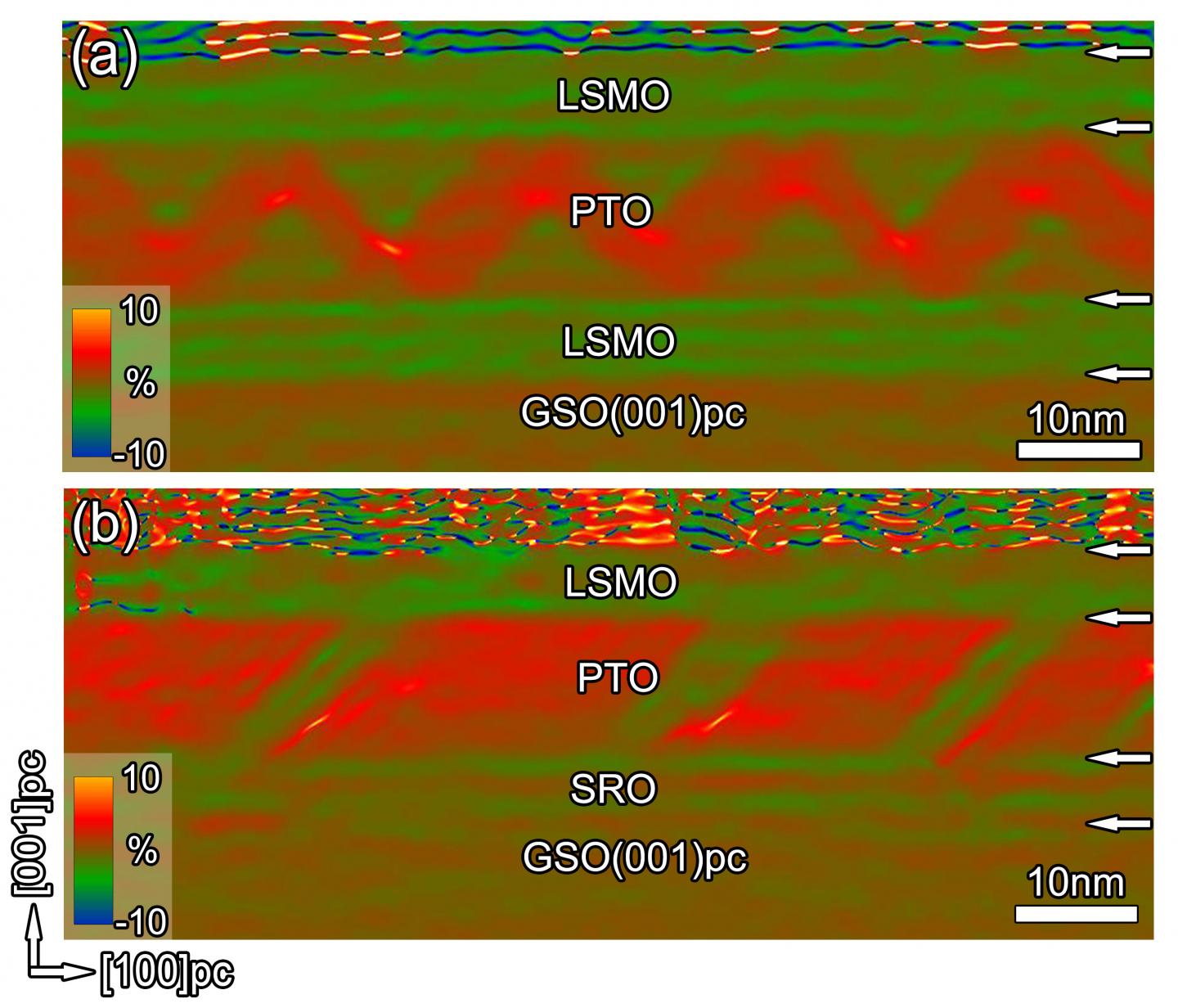 In the development of thin films for such devices, researchers have thought that contact with commonly used oxide electrodes limits FCD formation. However, a group of researchers in China has shown otherwise. The findings are reported this week as the cover article in Applied Physics Letters, from AIP Publishing.

Ferroelectric materials are typically developed and studied as thin films, sometimes as thin as only a few nanometers. As a result, researchers have begun discovering the abundant domain structures and unique physical properties that these ferroelectrics possess, such as skyrmion and FCD formation that could benefit next-generation electronic devices. Because the films are so thin, however, their interaction with electrodes is inevitable.

"The general thinking has been that oxide electrodes would destabilize flux-closure domains. However, our work has shown that this is no longer true when the top and bottom electrodes are symmetric, which physically makes sense," said Yinlian Zhu, professor at the Institute of Metal Research at the Chinese Academy of Sciences and a co-author of the paper.

Zhu and colleagues used two types of oxide electrodes: one based on strontium ruthenate, the other based on lanthanum strontium manganite, chosen as oxide electrodes because of their similar perovskite structures, which work well in layer-by-layer film growth. They studied how these electrodes influenced FCD formation in PbTiO3 (PTO) perovskite-oxide-based thin films deposited on gadolinium scandium oxide (GSO) substrates.

The research team's previous studies indicated that flux-closure domains can be stabilized in strained ferroelectric films in which the strain plays a critical role in the formation of flux-closure domains, such as multilayer PTO/strontium titanate systems grown on GSO-based (specifically GdScO3) substrates.

Based on their previous studies, the researchers consequently anticipated that similar phenomenon might also occur in PTO/electrode systems. They then grew PTO films sandwiched between symmetric oxide electrodes on GSO substrates using pulsed laser deposition.

They found that periodic FCD arrays can be stabilized in PTO films when the top and bottom electrodes are symmetric, while alternating current domains appear when they apply asymmetric electrodes.

"We successfully grew ferroelectric thin films with symmetric oxide electrodes in which flux-closure domains and their periodic arrays clearly do exist," Zhu said. "Our work sheds light on understanding the nature of flux-closure domains in ferroelectrics. We expect that it will open research possibilities in the evolution of these structures under external electric fields."