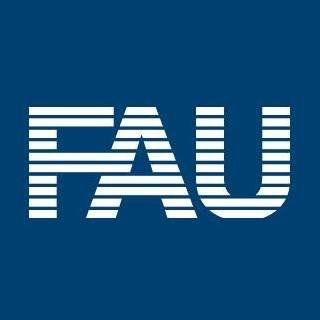 For the very first time, scientists from Friedrich-Alexander-Universität Erlangen-Nürnberg (FAU), the University of Leicester and the University of Vigo have proven that the kinetic energy from particles in granular gases such as dust clouds can rise temporarily even though energy is constantly being drawn out of the system. Their research adds further detail to Haff's law (devised 35 years ago), which states that the granular temperature in closed systems continually decreases. The results were gained using new simulation processes and have now been published in the renowned journal Nature Communications (doi: 10.1038/s41467-017-02803-7).

Granular gases are systems that contain macroscopic particles in low density. Examples include cosmic dust, the rings around the planets Saturn, Uranus and Neptune and also clouds of dust on Earth. They can essentially be described like molecular gases such as helium, but with one important difference - granular particles do not collide elastically. 'In isolated granular gases without external energy input, the kinetic energy of the particles constantly decreases due to the collisions, which is why the granular temperature also decreases', explains Prof. Dr. Thorsten Pöschel from the Chair for Multiscale Simulation of Particulate Systems at FAU. 'This cooling law, also known as Haff's law, has been known since 1983 and it is one of the key findings of the kinetics of granular gases'.

However, Haff's law of granular cooling does not consider one aspect. Various forces such as surface adhesion or electrostatic charge cause the particles to adhere to each other in systems with extremely small particles measuring only a few micrometres. 'The particles grow and their properties change due to this aggregation. At the same time, they decrease in number in the system and thus the number of degrees of freedom for particle movement also decreases', explains Dr. Thorsen Pöschel. 'Our hypothesis was that the granular temperature can increase temporarily because of this, even though mechanical energy is lost with every collision.'

Pöschel and his colleagues physicist Nikolai V. Brilliantov from the University of Leicester (UK) and computer scientist Arno Formella from the University of Vigo (Spain) were able to prove the existence of this counterintuitive effect in complex simulations. To do so, the researchers used and developed established methods such as analytical mathematics for the kinetics of gas properties and the Monte Carlo method - a stochastic method based on the theory of probability. Pöschel explains: 'By using a new system of kinetic equations and the relevant scaling methods, we were able to depict the dynamics of particle aggregations in granular gases reliably for the first time. We have not revised Haff's law by any means, but we were able to demonstrate an important effect that had been disregarded up to now.'

The scientists' findings could help to increase the understanding of the basic properties of granular gases such as soot agglomeration in flue gases on Earth or in astrophysical phenomena such as cosmic dust in planetary rings in space. The findings have now been published in the renowned journal Nature Communications under the title 'Increasing temperature of cooling granular gases'.