Making Fuel Cells for a Fraction of the Cost 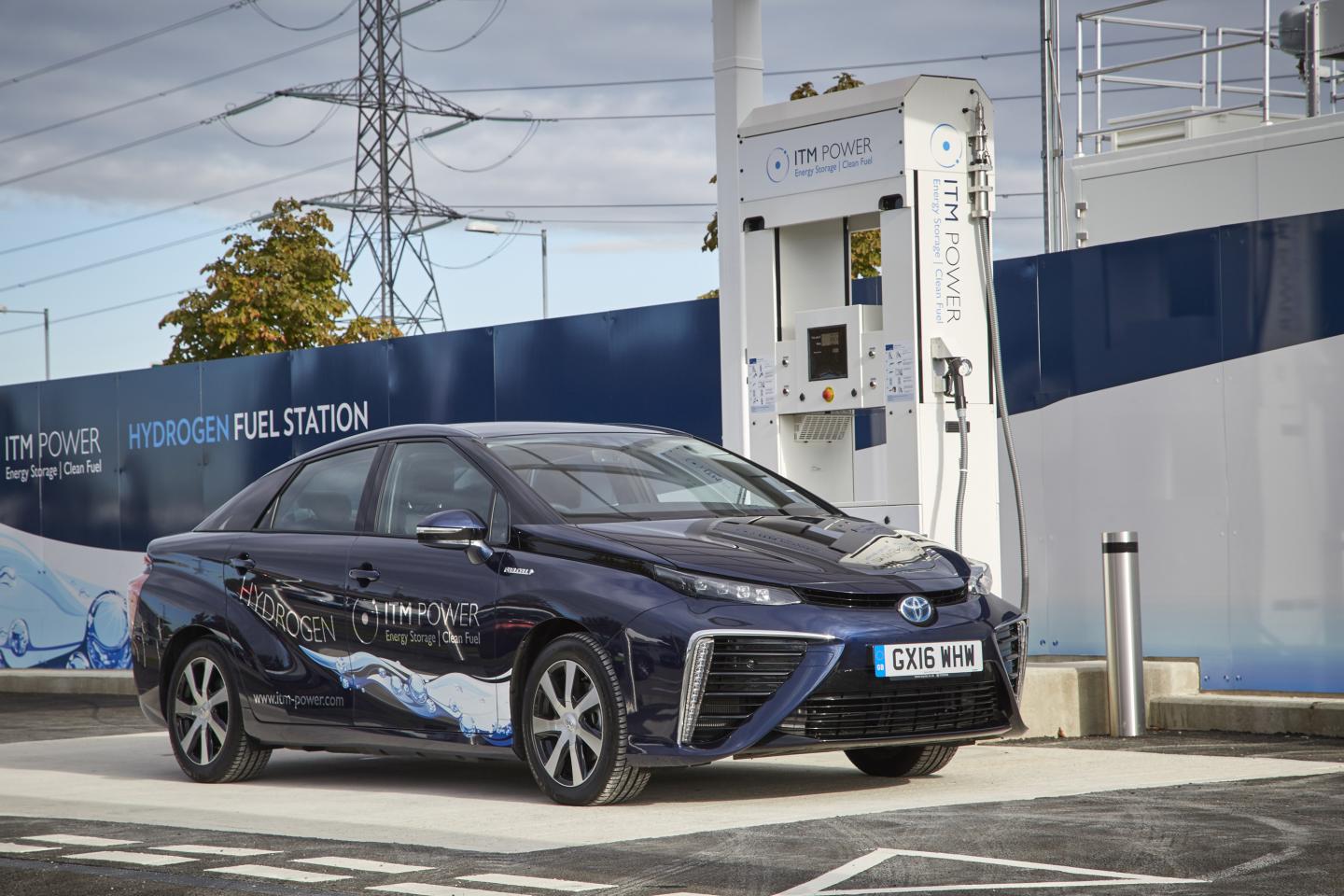 UC Riverside researchers have developed an inexpensive, efficient catalyst material for polymer electrolyte membrane (PEM) fuel cells which are among the most promising fuel cell types to power cars and electronics.

RIVERSIDE, Calif. -- Fuel cells have the potential to be a clean and efficient way to run cars, computers, and power stations, but the cost of producing them is limiting their use. That's because a key component of the most common fuel cells is a catalyst made from the precious metal platinum.

In a paper published today in Small, researchers at the University of California, Riverside, describe the development of an inexpensive, efficient catalyst material for a type of fuel cell called a polymer electrolyte membrane fuel cell (PEMFC), which turns the chemical energy of hydrogen into electricity and is among the most promising fuel cell types to power cars and electronics.

The catalyst developed at UCR is made of porous carbon nanofibers embedded with a compound made from a relatively abundant metal such as cobalt, which is more than 100 times less expensive than platinum. The research was led by David Kisailus, the Winston Chung Endowed Professor in Energy Innovation in UCR's Marlan and Rosemary Bourns College of Engineering.

Fuel cells, which are already being used by some carmakers, offer advantages over conventional combustion technologies, including higher efficiency, quieter operation and lower emissions. Hydrogen fuel cells emit only water.

Like batteries, fuel cells are electrochemical devices that comprise a positive and negative electrode sandwiching an electrolyte. When a hydrogen fuel is injected onto the anode, a catalyst separates the hydrogen molecules into positively charged particles called protons and negatively charged particles called electrons. The electrons are directed through an external circuit, where they do useful work, such as powering an electric motor, before rejoining the positively charged hydrogen ions and oxygen to form water.

A critical barrier to fuel cell adoption is the cost of platinum, making the development of alternative catalyst materials a key driver for their mass implementation.

Using a technique called electrospinning, the UCR researchers made paper-thin sheets of carbon nanofibers that contained metal ions -- either cobalt, iron or nickel. Upon heating, the ions formed ultrafine metal nanoparticles that catalyzed the transformation of carbon into a high-performance graphitic carbon. Subsequently, the metal nanoparticles and residual nongraphitic carbon were oxidized, leading to a highly porous and useful network of metal oxide nanoparticles dispersed in a porous network of graphite.

Kisailus and his team, collaborating with scientists at Stanford University, determined that the new materials performed as good as the industry standard platinum-carbon systems, but at a fraction of the cost.

"The key to the high performance of the materials we created is the combination of the chemistry and fiber processing conditions," Kisailus said. "The remarkable electrochemical properties were primarily attributed to the synergistic effects obtained from the engineering of the metal oxide with exposed active sites and the 3D hierarchical porous graphitic structure."

Kisailus said an added benefit of the catalytic nanocomposite was that its graphitic fiber nature provided additional strength and durability, which would enable it to serve as both a fuel cell catalyst and potentially as a structural component.

"An important challenge in making high-performance vehicles is reducing weight, both from the body of the vehicle as well as extra weight from the battery or fuel cell, without affecting safety or performance," he said. "The material we created may enable automakers to turn structural components, such as the hood or the chassis, into functional elements that help power cars."