Physicists refer to room temperature superconductivity as 'the holy grail' 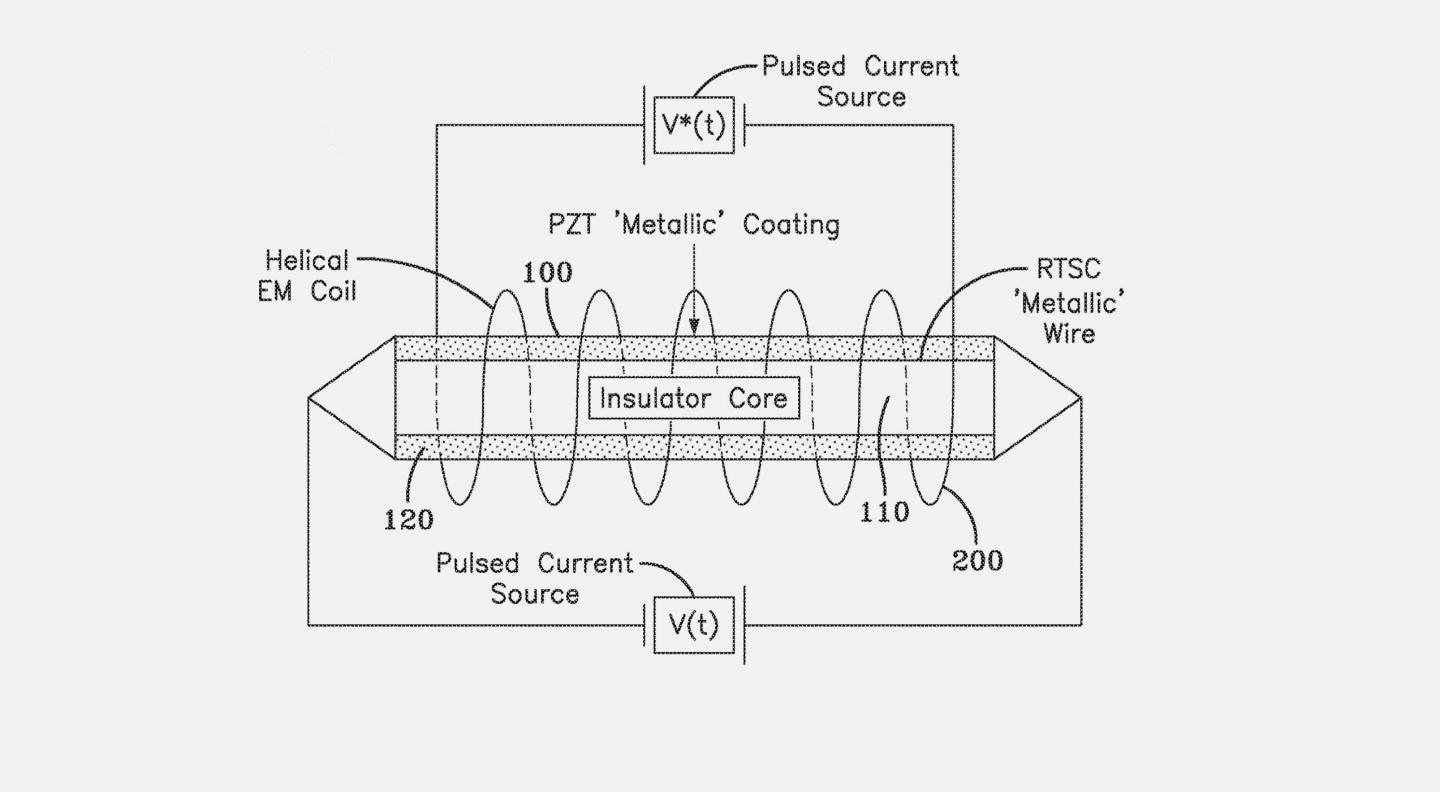 via U.S. Patent and Trademark Office

Illustration of the room-temperature superconductor design described in the U.S. Navy's patent application.

A scientist working for the U.S. Navy has filed for a patent on a room-temperature superconductor, representing a potential paradigm shift in energy transmission and computer systems.

Salvatore Cezar Pais is listed as the inventor on the Navy's patent application made public by the U.S. Patent and Trademark Office on Thursday.

The application claims that a room-temperature superconductor can be built using a wire with an insulator core and an aluminum PZT (lead zirconate titanate) coating deposited by vacuum evaporation with a thickness of the London penetration depth and polarized after deposition.

An electromagnetic coil is circumferentially positioned around the coating such that when the coil is activated with a pulsed current, a non-linear vibration is induced, enabling room temperature superconductivity.

"This concept enables the transmission of electrical power without any losses and exhibits optimal thermal management (no heat dissipation)," according to the patent document, "which leads to the design and development of novel energy generation and harvesting devices with enormous benefits to civilization."

No data was included in the patent documents.

A room-temperature superconductor is a material that is capable of exhibiting superconductivity at temperatures around 77 degrees Fahrenheit.