Before even making one's way to the first stand, the overall impression this year's PCIM Europe International Exhibition and Conference exuded was that of optimism—even confidence. Large, well-staffed stands and crowded corridors were a welcome sight, contrasting to the headlines of the day and their rather dreary outlook for economies in much of Europe and the United States. The impression wasn't merely subjective. Conference and exhibition organizers Mesago (http://bit.ly/KJpkpt) report exhibition attendance of 6874, up 3.3%—the third straight year of growth (Figure 1).

The count of exhibiting companies was up as well, numbering 451—a strong year-on-year increase of 23% (Figure 2). Total exhibition space has stayed roughly proportional to exhibitor count, totaling about 16,500 m2. The space per exhibitor—36.6 m2—was essentially stable—up 1% from 2011—suggesting that the jump in exhibitor population was broad-based and not limited to companies making small commitments to the exhibition. It's impossible to review a show of this size in a single article or even an issue of Power Systems Design. However, a few presentations I saw stood out. Here are a few of those:

Voted least likely Most companies are founded on fairly predictable relationships. Principals typically come with likely backgrounds and experiences for the technologies, products, and applications they plan to pursue and, though certainly not built of homogeneous populations, it's rare to find surprises of any serious magnitude among the founding team. Amantys is not most companies. Established by former ARM executives just two years ago, Amantys supplies IGBT-switch drives and monitors for what the company refers to as medium-and high-voltage applications. These start at 1.2 kV and work their way up to 3.6 kV with 4.5 and 6.3 kV products in development. Current-handling capability ranges from 1.2 kA to 3.6 kA. Although, based on their origins, one could easily vote Amantys least likely company in the power business, based on their IGBT-driver technology it's clear that they are competing aggressively with both features and performance. The drives are essentially switch-agnostic: The company has demonstrated compatibility with IGBTs from ABB, Dynex, Fuji, Hitachi, Infineon, and Mitsubishi with a single driver product. Customers can program a driver to operate with IGBTs from various sources, eliminating the need to stock separate drivers for each vendor's switches or risk single sourcing a key component. Since their debut, Anantys has modified their gate drives to fit in an IGBT-module form factor—a step that required roughly a 30% reduction in PCB size. Meanwhile, they increased the drivers' creepage clearance to 35mm to pass isolation tests to 14 kV. The drivers provide zero dead time during startup and recovery unlike many competing drivers, which according to the company, can take as much as a full second. The driver also monitors and reports operating conditions on a pulse-by-pulse basis without additional user-provided sensors. Among the parameters it monitors are VCE(SAT), VCE(OFF), t(CE), VGE, and temperature. The driver is compatible with existing IGBT modules for easy system upgrades and low design-in complexity for new products. During product development, designers can remotely change the gate-drive strength based on driver-provided data, streamlining design verification testing and commissioning. In running systems, the same remotely accessible data can help optimize maintenance schedules and help gauge system health.

At the core of high-current inductors Rarely do electronic-design engineers involve themselves in materials selection. A key exception is in the area of inductor and transformer design, in which core-material and shape selections are every bit parts of the design as determining the wire gauge, turns count, and wind geometry. So I was keenly interested to hear that core makers Magnetics (http://bit.ly/KtFtL4) have introduced a new low-permeability material for high-current DC applications. Previously, Magnetic's lowest permeability powder-core material provided a nominal ?/?0 = 26. According to Vice President of Marketing Bradley Yourish, their new material provides a permeability of 14 for better inductor DC-bias performance in inverters for applications including battery chargers, UPSs, welders, and traction drives. Historically, Magnetics formed toroids as large as 78 mm OD—a limitation set by the press that shapes the raw material into the unfired core. With the addition of a new press, the company has increased their maximum toroid size to 165 mm OD, allowing inductor winding houses to make larger devices for high-current applications without stacking cores. The company continues to formulate powder and ferrite core materials, providing a mix of tradeoffs among permeability, saturation flux, core loss, and cost.

Get your motor running International Rectifier introduced its IRSM836 series of power modules that integrate a three-phase gate drive and six power MOSFETs, configured to drive fractional-horsepower motors as large as 195 W. Six models ranging from a 2 A, 250 V device to a 4 A, 500 V module share a common QFN package measuring only 12 x 12 x 0.9 mm. The drive fits into a space only 40% the size of the next smallest competitor according to the company's Vice President of Strategic Market Development, Alberto Guerra. The small QFN package also provides a smaller thermal impedance than conventional dual-inline packaged modules. "From the thermal point of view, this is more efficient because [the IRSM836 modules] transfer the power directly through the lead frame to the PCB copper," Guerra said. The modules, thereby, operate without the need of an external heatsink in many applications, "while in a traditional dual-inline design, this type of module requires an external heatsink," he continued. The company showed results of a comparison between an IRSM836-series module and a conventional leaded module in a fan-controller application. The controller used a 1 oz copper PCB and operated at 100 mA with a switching rate of 15 kHz and a 320 VDC bus. "The net effect is a 35 °C difference in junction temperature. We can project a longer life because the parts operate at a lower temperature," Guerra concluded. Target applications include fans for air conditioning, refrigeration, and ventilation; pumps for white goods and heating-system circulators; and variable-speed compressors. Pricing for the IRSM836 series ranges from $1.59 to $2.99 (10,000). International Rectifier's parametric selection tool is available at http://bit.ly/KeNMxL 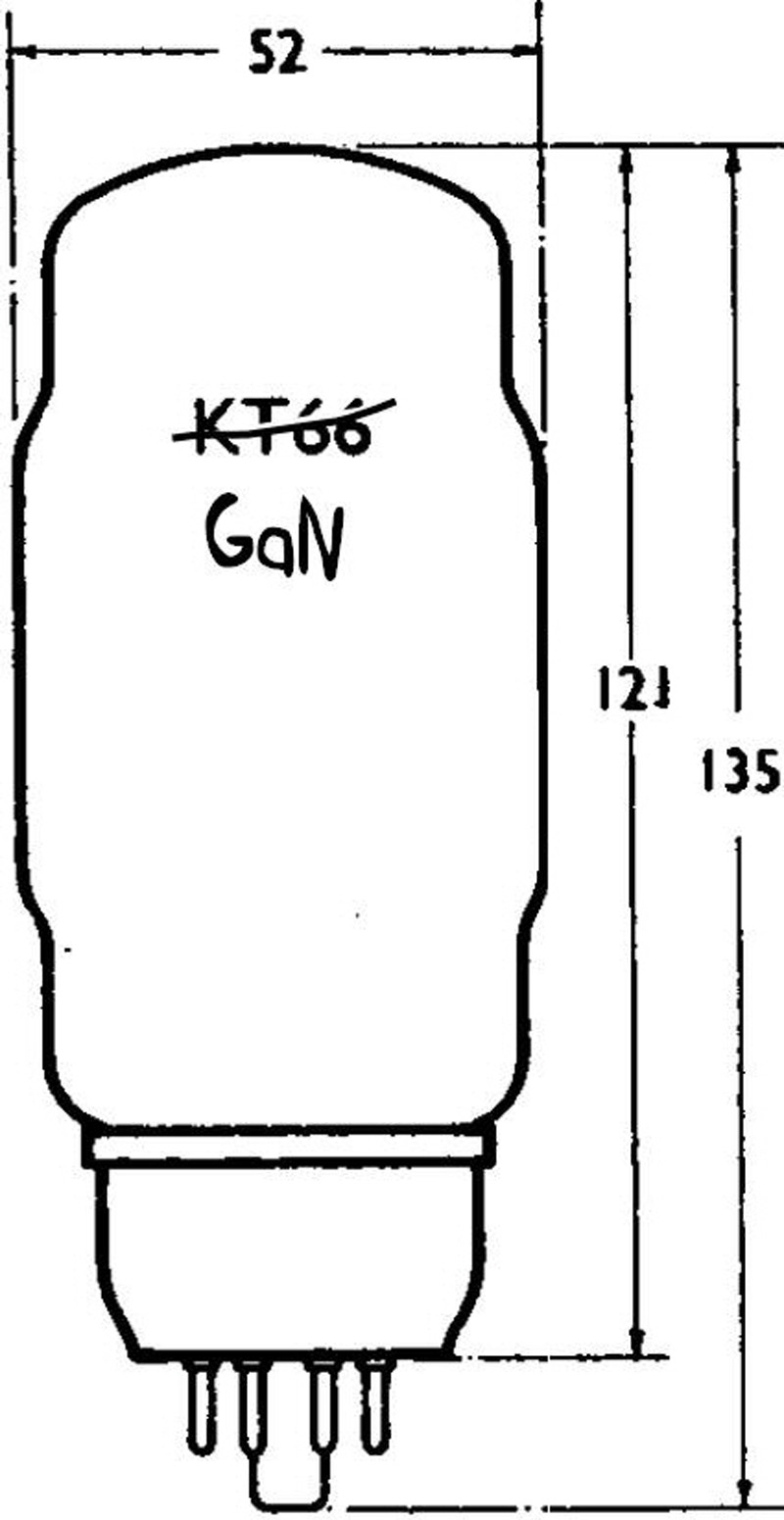 Much buzzing around wide-bandgap devices At top level, it was good to see that OEM and power-subsystem designers have become comfortable with depletion-mode wide-bandgap devices in cascode with enhancement-mode silicon MOSFETs. Device makers have demonstrated to most everybody's satisfaction that coercing a natively depletion-mode switch technology into assuming the characteristics of an enhancement-mode device is not worth the cost to performance. The benefits the cascode brings are worth the increase in device complexity, and take the worry out of startup and drive-fault conditions. Several companies demonstrated wide-bandgap devices including Transphorm with its 600 V GaN switches, which claim 99% efficiency in boost DC-DC circuits and 98.5% efficiency in three-phase motor drives. Both demonstrations provided visiting engineers the opportunity for (well-insulated) hands-on circuit measurement. International Rectifier featured its comparatively low-voltage GaN switches in the role of output-bridge devices in a class-D audio-amplifier demonstration with a Jun-Honda-designed amplifier/controller setting the pace. This is an intriguing application because class-D audio amplifiers are notoriously unforgiving of devices less than well matched to the controller and gate drive circuitry. The demo receives two extra cleverness points for mounting the output devices in glass vacuum-tube envelopes about the size and shape of the venerable KT66 beam tetrode valve. Alas, it loses 10 effectiveness points by hooking the same devices to palm-sized speakers that offer no hope of replicating the fidelity that the electronics claimed to deliver (Figure 3). Guys: You've got a $B company—get yourselves a pair of Westlakes (http://bit.ly/KHRH7F) or at least a pair of Paradigms (http://bit.ly/KYtKmm). I'm looking forward to hearing what the GaN devices can do at your next event. A number of companies have new SiC devices including Rohm, Semisouth, Infineon, Fairchild, and Cree. Cree is unusual in that it runs both SiC and GaN in addition to several other III/V processes for its LED business. On the power SiC side of the business, Cree (http://bit.ly/LAnCSv) has been aggressively building its HV portfolio. Director of Marketing Paul Kierstead presented 50-A, 1.2 and 1.7 kV MOSFETS and Schottky diodes. "Fabricating reliable gate oxides on silicon carbide is not an easy thing to do," Kierstead said, which is why HV SiC devices are typically depletion-mode JFETs. With several years of successful SiC MOSFET manufacture behind them, Cree appears to have engineered a reliable approach to device design in that process. The 1.7 kV switches are targeting wind, solar, and motor-drive applications. "Where we are today [with HV SiC MOSFET switches] is somewhere between ? and Ľ the area of silicon IGBTs for comparable voltage- and current-handling capability," Kierstead observed. www.powersystemsdesign.com

Volkswagen relies on Infineon for its electric future