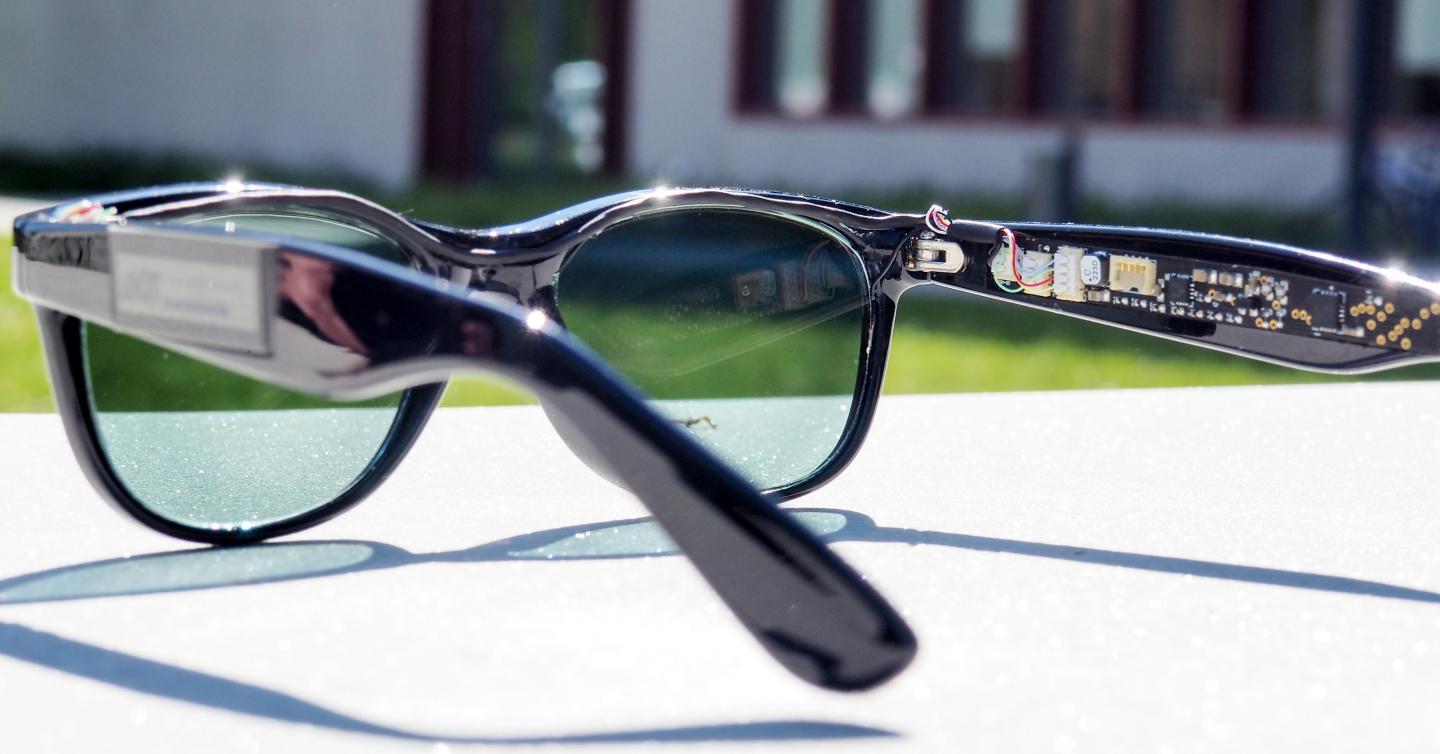 These Solar Glasses with lens-fitted semitransparent organic solar cells supply two sensors and electronics in the temples with electric power.

Organic solar cells are flexible, transparent, and light-weight - and can be manufactured in arbitrary shapes or colors. Thus, they are suitable for a variety of applications that cannot be realized with conventional silicon solar cells. In the Energy Technology journal, researchers from KIT now present sunglasses with colored, semitransparent solar cells applied onto lenses that supply a microprocessor and two displays with electric power. This paves the way for other future applications such as the integration of organic solar cells into windows or overhead glazing.

"We bring solar power to places where other solar technologies fail," says Dr. Alexander Colsmann, Head of Organic Photovoltaics Group at KIT's Light Technology Institute (LTI). The "smart" Solar Glasses designed as a case study by the scientist and his team at KIT, is self-powered to measure and display the solar illumination intensity and ambient temperature. The solar cell lenses, perfectly fitted to a commercial frame, have a thickness of approx. 1.6 millimeters and weigh about six grams - just like the lenses of traditional sunglasses. The microprocessor and the two small displays are integrated into the temples of the Solar Glasses. They show the illumination intensity and the ambient temperature as bar graphs. The Solar Glasses also work in indoor environments under illumination down to 500 Lux, which is the usual illumination of an office or a living area. Under these conditions, each of the "smart" lenses still generates 200 milliwatt of electric power - enough to operate devices such as a hearing aid or a step counter.

"The Solar Glasses we developed are an example of how organic solar cells may be employed in applications that would not be feasible with conventional photovoltaics," stresses PhD student Dominik Landerer who largely contributed to the development of the solar glasses at the Material Research Center for Energy Systems of KIT. In the eyes of the engineer, these solar cells, which are based on hydrocarbons, are very exciting devices due to their mechanical flexibility and the opportunity to adapt their color, transparency, shape, and size to the desired application.

According to Colsmann, another field of application is the integration of solar cells into buildings: Since the glass facades of high-rise buildings must often be shaded, it is an obvious option to use organic solar modules for transforming the absorbed light into electric power. A future vision for the engineer, who works on the basic understanding of organic solar cell and semiconductor components at the Material Research Center for Energy Systems, is to coat large surfaces with organic solar cells using reel-to-reel technology. The KIT researchers present their study on solar sunglasses, entitled "Solar Glasses: A Case Study on Semitransparent Organic Solar Cells for Self-Powered, Smart Wearable Devices", in the Energy Technology journal. Their research was funded by the BMBF (Federal Ministry of Education and Research) within the scope of the POPUP project which is aimed at developing novel materials and device structures suitable for competitive mass production processes and applications in the field of organic photovoltaics.