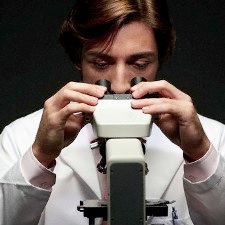 Tiny sensors and motors are everywhere, telling your smartphone screen to rotate and your camera to focus. Now, a team of researchers at Tel Aviv University has found a way to print biocompatible components for these micro-machines, making them ideal for use in medical devices, like bionic arms. Microelectromechanical systems, better known as MEMS, are usually produced from silicon. The innovation of the TAU researchers — engineering doctoral candidates Leeya Engel and Jenny Shklovsky under the supervision of Prof. Yosi Shacham-Diamand of the School of Electrical Engineering and Slava Krylov of the School of Mechanical Engineering — is creating a novel micro-printing process that works a highly flexible and non-toxic organic polymer. The resulting MEMS components can be more comfortably and safely used in the human body and they expend less energy. A two-way street As their name suggests, MEMS bridge the worlds of electricity and mechanics. They have a variety of applications in consumer electronics, automobiles, and medicine. MEMS sensors, like the accelerometer that orients your smartphone screen vertically or horizontally, gather information from their surroundings by converting movement or chemical signals into electrical signals. MEMS actuators, which may focus your next smartphone's camera, work in the other direction, executing commands by converting electrical signals into movement. Both types of MEMS depend on micro- and nano-sized components, such as membranes, either to measure or produce the necessary movement. For years, MEMS membranes, like other MEMS components, were primarily fabricated from silicon using a set of processes borrowed from the semiconductor industry. TAU's new printing process, published in Microelectronic Engineering and presented at the AVS 59th International Symposium in Tampa, FL, yields rubbery, paper-thin membranes made of a particular kind of organic polymer. This material has specific properties that make it attractive for micro- and nano-scale sensors and actuators. More importantly, the polymer membranes are more suitable for implantation in the human body than their silicon counterparts, which partially stems from the fact that they are hundreds of times more flexible than conventional materials. The unique properties of the polymer membranes have unlocked unprecedented possibilities. Their flexibility could help make MEMS sensors more sensitive and MEMS motors more energy efficient. They could be key to better cameras and smartphones with a longer battery life. Giving patients a hand But the printing process may deliver the biggest jolt to the field of medicine, where polymer membranes could be used in devices like diagnostic tests and smart prosthetics. There are already bionic limbs that can respond to stimuli from an amputee's nervous system and the external environment, and prosthetic bladders that regulate urination for people paralyzed below the waist. Switching to MEMS made with the polymer membranes could help make such prosthetics more comfortable, efficient, and safer for use on or inside the body. "The use of new, soft materials in micro devices stretches both the imagination and the limits of technology," Engel says, "but introducing polymer MEMS to industry can only be realized with the development of printing technologies that allow for low cost mass production. The team's new polymer membranes can already be quickly and inexpensively produced." The polymer base for the membranes was supplied along with a grant by French chemical producer Arkema/Piezotech. "They just gave us the material and asked us to see what devices we could create with it," Engel reports. "This field is like Legos for grownups." The next step, she says, is to use the printing process to make functional sensors and actuators almost entirely out of the polymer at the micro- and nano-scales. Such flexible machines could be put to use in things like artificial muscles and screens so flexible that you can roll them up and put them in your pocket. Tel Aviv University