A Breakthrough in Superconductor Science 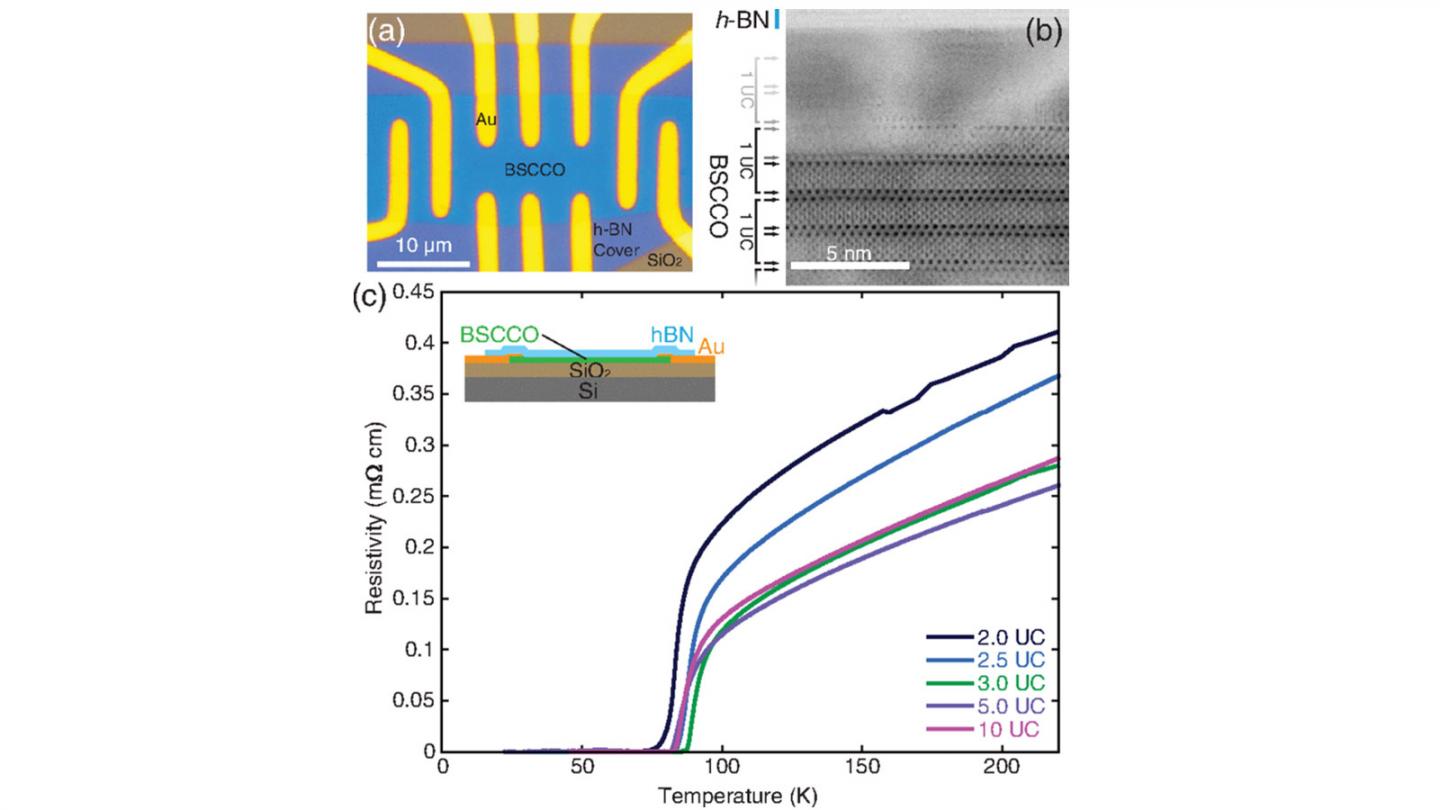 Phase transitions occur when a substance changes from a solid, liquid or gaseous state to a different state -- like ice melting or vapor condensing. During these phase transitions, there is a point at which the system can display properties of both states of matter simultaneously. A similar effect occurs when normal metals transition into superconductors -- characteristics fluctuate and properties expected to belong to one state carry into the other.

Scientists at Harvard have developed a bismuth-based, two-dimensional superconductor that is only one nanometer thick. By studying fluctuations in this ultra-thin material as it transitions into superconductivity, the scientists gained insight into the processes that drive superconductivity more generally. Because they can carry electric currents with near-zero resistance, as they are improved, superconducting materials will have applications in virtually any technology that uses electricity.

The Harvard scientists used the new technology to experimentally confirm a 23-year-old theory of superconductors developed by scientist Valerii Vinokur from the U.S. Department of Energy's (DOE) Argonne National Laboratory.

"Sometimes you discover something new and exotic, but sometimes you just confirm that you do, after all, understand the behavior of the every-day thing that is right in front of you." -- Valerii Vinokur, Argonne Distinguished Fellow, Materials Science division.

One phenomenon of interest to scientists is the complete reversal of the well-studied Hall effect when materials transition into superconductors. When a normal, non-superconducting material carries an applied current and is subjected to a magnetic field, a voltage is induced across the material. This normal Hall effect has the voltage pointing in a specific direction depending on the orientation of the field and current.

Interestingly, when materials become superconductors, the sign of the Hall voltage reverses. The "positive" end of the material becomes the "negative." This is a well-known phenomenon. But while the Hall effect has long been a major tool that scientists use to study the types of electronic properties that make a material a good superconductor, the cause of this reverse Hall effect has remained mysterious to scientists for decades, especially in regard to high-temperature superconductors for which the effect is stronger.

In 1996, theorist Vinokur, an Argonne Distinguished Fellow, and his colleagues presented a comprehensive description of this effect (and more) in high-temperature superconductors. The theory took into account all of the driving forces involved, and it included so many variables that testing it experimentally seemed unrealistic -- until now.

"We believed we had really solved these problems," said Vinokur, "but the formulas felt useless at the time, because they included many parameters that were difficult to compare with experiments using the technology that existed then."

Normally, distribution of electrons in the material causes the Hall voltage, but in superconductors, vortices move under the applied current, which creates electronic pressure differences that are mathematically similar to those that keep an airplane in flight. These pressure differences change the course of the applied current like the wings of an airplane change the course of the air passing by, uplifting the plane. The vortex motion redistributes electrons differently, changing the direction of the Hall voltage to the opposite of the usual purely electronic Hall voltage.

The 1996 theory quantitatively described the effects of these vortices, which had only been qualitatively understood. Now, with a novel material that took Harvard scientists five years to develop, the theory was tested and confirmed.

The bismuth-based thin material is virtually only one atomic layer thick, making it essentially two-dimensional. It is one of the only of its kind, a thin-film high-temperature superconductor; production of the material alone is a technological breakthrough in superconductor science.

"By reducing the dimensions from three to two, the fluctuations of the properties in the material become much more apparent and easier to study," said Philip Kim, a lead scientist in the Harvard group. "We created an extreme form of the material that allowed us to quantitatively address the 1996 theory."

One prediction of the theory was that the anomalous reverse Hall effect could exist outside of the temperatures at which the material is a superconductor. This study offered a quantitative description of the effect that perfectly matched the theoretical predictions.

"Before we were sure of the role vortices play in the reverse Hall effect, we couldn't use it reliably as a measuring tool," said Vinokur. "Now that we know we were correct, we can use the theory to study other fluctuations in the transition phase, ultimately leading to better understanding of superconductors."

Although the material in this study is two-dimensional, the scientists believe that the theory applies to all superconductors. Future research will include deeper study of the materials -- the behavior of the vortices even has application in mathematical research.

Vortices are examples of topological objects, or objects with unique geometrical properties. They are currently a popular topic in mathematics because of the ways they form and deform and how they change the properties of a material. The 1996 theories used topology to describe the behavior of the vortices, and topological properties of matter could carry a lot of new physics.

"Sometimes you discover something new and exotic," said Vinokur about the research, "but sometimes you just confirm that you do, after all, understand the behavior of the every-day thing that is right in front of you."