A Diamond as The Steppingstone to New Materials, Using Plasma Physics Technology

Author:
University of Alabama at Birmingham

Heating a mixture of gases to furnace temperatures is one way to make a diamond film, nature's hardest substance. Adding boron to the gas mixture may create new materials. 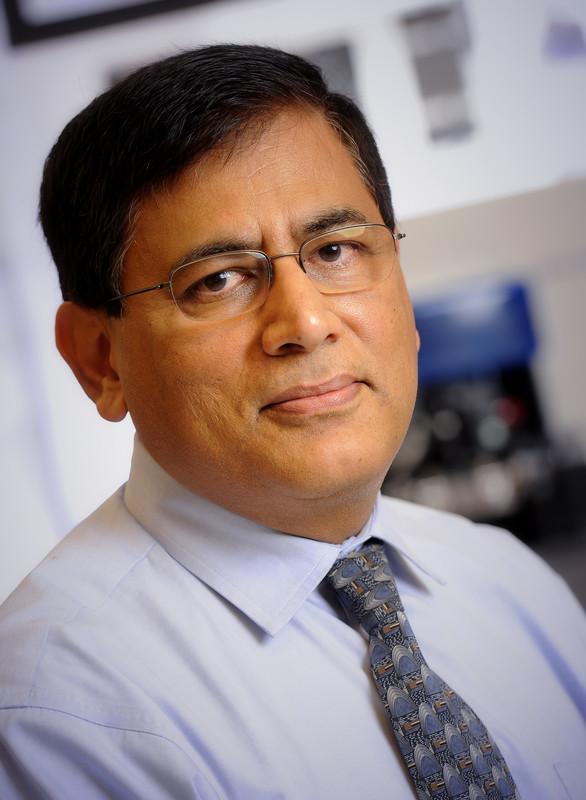 This is Yogesh Vohra.

BIRMINGHAM, Ala. - University of Alabama at Birmingham physicists have taken the first step in a five-year effort to create novel compounds that surpass diamonds in heat resistance and nearly rival them in hardness.

They are supported by a five-year, $20 million National Science Foundation award to create new materials and improve technologies using the fourth state of matter -- plasma.

Plasma -- unlike the other three states of matter, solid, liquid and gas -- does not exist naturally on Earth. This ionized gaseous substance can be made by heating neutral gases. In the lab, Yogesh Vohra, a professor and university scholar in the UAB Department of Physics, uses plasma to create thin diamonds film. Such films have many potential uses, such as coatings to make artificial joints long-lasting or to maintain the sharpness of cutting tools, developing sensors for extreme environments or creating new super-hard materials.

To make a diamond film, Vohra and colleagues stream a mix of gases into a vacuum chamber, heating them with microwaves to create plasma. The low pressure in the chamber is equivalent to the atmosphere 14 miles above the Earth's surface. After four hours, the vapor has deposited a thin diamond film on its target.

In a paper in the journal Materials, Vohra and colleagues in the UAB College of Arts and Sciences investigated how the addition of boron, while making a diamond film, changed properties of the diamond material.

It was already known that, if the gases are a mix of methane and hydrogen, the researchers get a microcrystalline diamond film made up of many tiny diamond crystals that average about 800 nanometers in size. If nitrogen is added to that gas mixture, the researchers get nanostructured diamond, made up of extremely tiny diamond crystals averaging just 60 nanometers in size.

In the present study, the Vohra team added boron, in the form of diborane, or B2H6, to the hydrogen/methane/nitrogen feed gas and found surprising results. The grain size in the diamond film abruptly increased from the 60-nanometer, nanostructured size seen with the hydrogen/methane/nitrogen feed gas to an 800-nanometer, microcrystalline size. Furthermore, this change occurred with just minute amounts of diborane, only 170 parts per million in the plasma.

Since the addition of boron can also change the diamond film from a nonconductor into a semiconductor, the UAB results offer a new control of both diamond film grain size and electrical properties for various applications.

Over the next several years, Vohra and colleagues will probe the use of the microwave plasma chemical vapor deposition process to make thin films of boron carbides, boron nitrides and carbon-boron-nitrogen compounds, looking for compounds that survive heat better than diamonds and also have a diamond-like hardness. In the presence of oxygen, diamonds start to burn at about 1,100 degrees Fahrenheit.