A Metronome for Quantum Particles

A new measurement protocol, developed at TU Wien (Vienna), makes it possible to measure the quantum phase of electrons 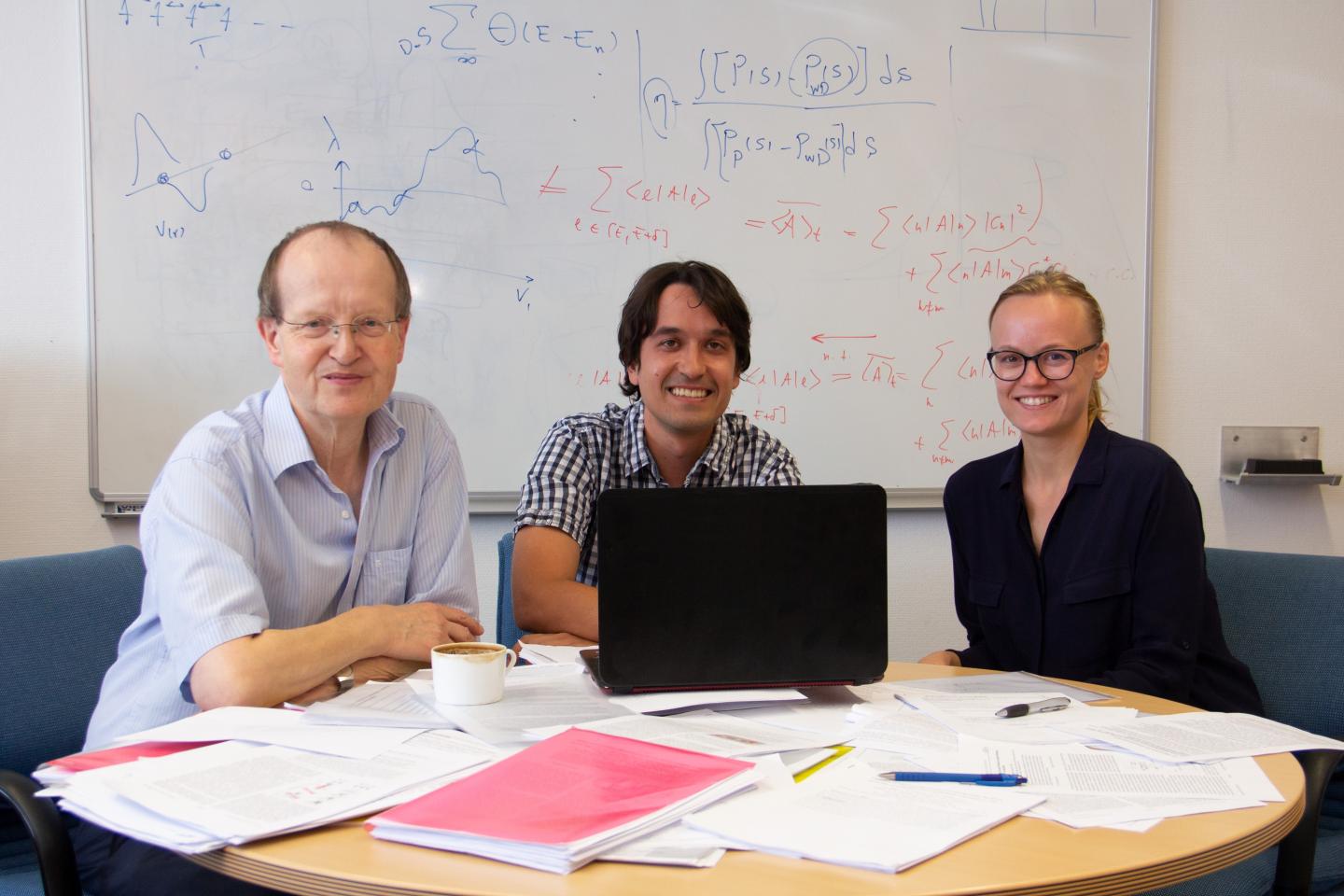 It is like a microscope for time: Today's methods of attosecond physic allows us to measure extremely short time intervals. With the help of short laser pulses, physical processes can be investigated on a time scale of attoseconds - that is billionths of a billionth of a second.

For example, it is possible to study how a single atom is ionized and how an electron leaves the atom. The electron does not simply behave like a point-like particle, but its quantum-physical wave properties play an important role: the electron is actually an electron wave that oscillates on an extremely short time scale - and on a tiny length scale. It is a huge challenge to measure the cycle duration of such an oscillation, but It is even much more difficult to determine its phase: What exactly is the beat the electron oscillation follows? If an electron can be ionized in two different ways, will both electron waves oscillate in perfect unison, or will there be a small time delay (i.e. a phase shift)? A team from TU Wien (Vienna) and the CREOL College at the University of Central Florida has now developed a method to measure the phase of such electron waves. This enables a new, better view of important phenomena used in photosensors or photovoltaics.

Are the electrons or out of sync?

"Any wave consists of wave crests and wave troughs - and the phase of the wave tells us at which points in space and time they are located," says Stefan Donsa, who developed the new measuring method, working on his dissertation in the research group of Prof. Joachim Burgdörfer (Institute for Theoretical Physics, TU Wien). "If two quantum waves overlap in such a way that each wave peak of one wave meets a wave peak of the other wave, then they add up. But if you shift one of the waves a little so that the wave crest of one wave is superimposed with the wave trough of the other wave, they can also cancel out". Therefore, phase shifts play a very important role in quantum physics.

It is similar to finding the right rhythm in music: it is not enough for two musicians to play at the same tempo. Their beats must also coincide exactly in time, without any phase shift in between. For this you need a reference clock, such as a conductor or a metronome. The newly developed quantum measurement protocol uses something similar: one atomic process serves as a reference for the other.

One or two photons

"In computer simulations, we have studied helium atoms which are ionized by laser pulses at different energies," says Iva Brezinova. "The helium atom can absorb a photon from the laser pulse and emit an electron. This electron then has a specific phase, which is extremely difficult to measure."

The trick of the newly developed method is to add a second quantum effect as a clock - serving as a quantum metronome, so to speak. Instead of absorbing only one photon, the atom can also absorb two photons at once, under certain conditions. This double absorption leads to the same final result - an electron flying away with very specific energy. But this time this electron has a different phase, and this difference can be measured.

In attosecond physics it is not possible to simply create a movie of a quantum physical system with a camera. Instead, complicated experimental protocols have to be used. Various such protocols are currently in use, but none of them has so far allowed direct measurement of the electron phase.

The new protocol, which has now been developed by the Viennese team, should make this possible. "Our new measurement protocol allows us to translate the information about the electron phase into its spatial distribution by combining very special laser pulses," explains Stefan Donsa. "By using the correct type of laser pulses, phase information can be directly obtained from the angular distribution of the electrons."

The newly proposed experimental protocol has now been published in the journal Physical Review Letters. Now experiments are to test the limits of this method, in order to see which quantum mechanical information can be obtained in practice using the new protocol.