A New 'Periodic Table' For Nanomaterials

The table groups molecules according to the nano-shapes they form 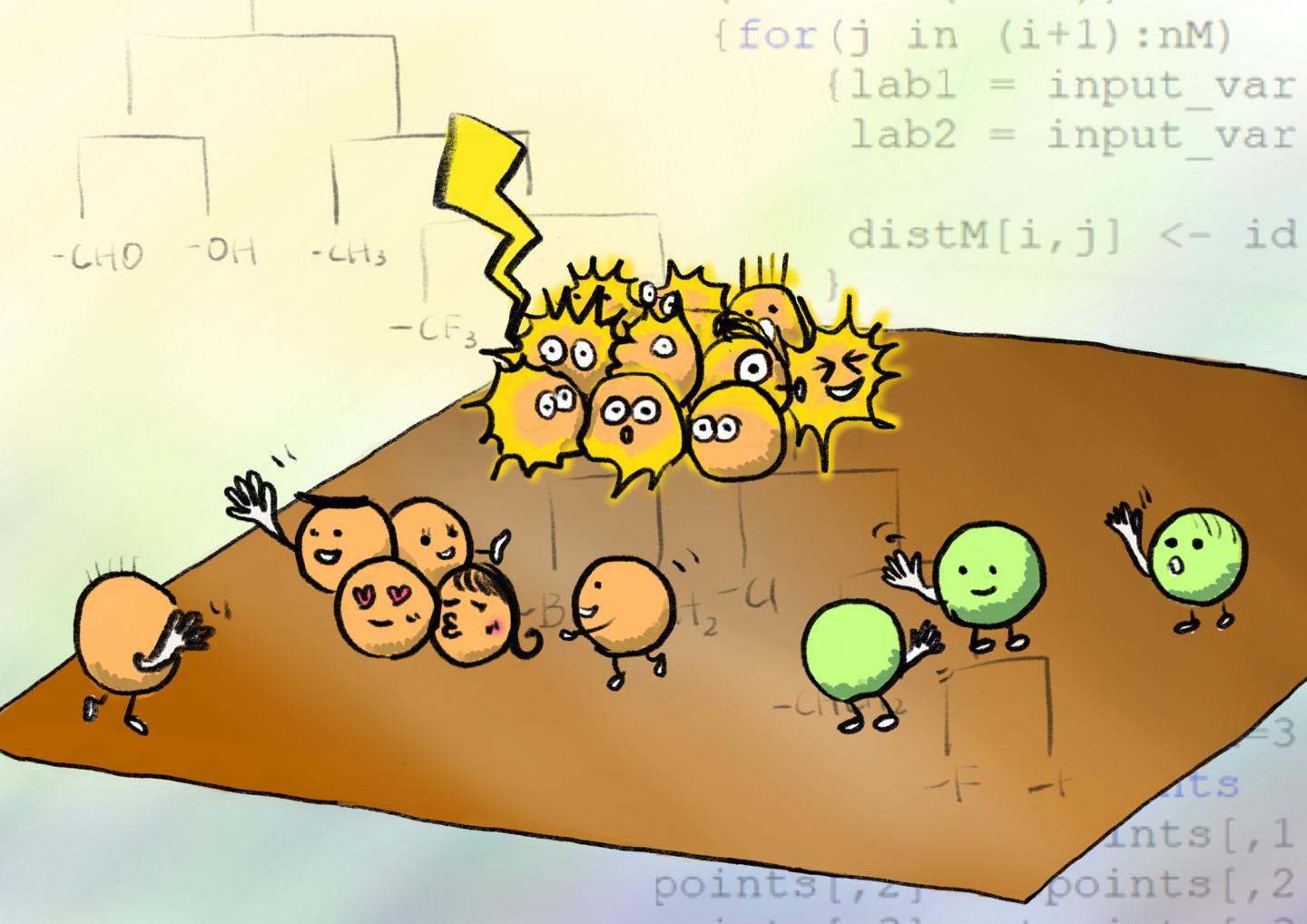 Molecules interact and align with each other as they self-assemble. This new simulation enables to find what molecules best interact with each other to build nanomaterials, such as materials that work as a nano electrical wire.

The approach was developed by Daniel Packwood of Kyoto University's Institute for Integrated Cell-Material Sciences (iCeMS) and Taro Hitosugi of the Tokyo Institute of Technology. It involves connecting the chemical properties of molecules with the nanostructures that form as a result of their interaction. A machine learning technique generates data that is then used to develop a diagram that categorizes different molecules according to the nano-sized shapes they form. This approach could help materials scientists identify the appropriate molecules to use in order to synthesize target nanomaterials.

Bottom-up fabrication of graphene nanoribbons is receiving much attention due to their potential use in electronics, tissue engineering, construction, and bio-imaging. One way to synthesise them is by using bianthracene precursor molecules that have bromine 'functional' groups attached to them. The bromine groups interact with a copper substrate to form nano-sized chains. When these chains are heated, they turn into graphene nanoribbons.

Packwood and Hitosugi tested their simulator using this method for building graphene nanoribbons.

Data was input into the model about the chemical properties of a variety of molecules that can be attached to bianthracene to 'functionalize' it and facilitate its interaction with copper. The data went through a series of processes that ultimately led to the formation of a 'dendrogram'.

The information produced in the dendogram changed based on the temperature data provided. The above categories apply when the interactions are conducted at -73°C. The results changed with warmer temperatures. The researchers recommend applying the data at low temperatures where the effect of the functional groups' chemical properties on nano-shapes are most clear.