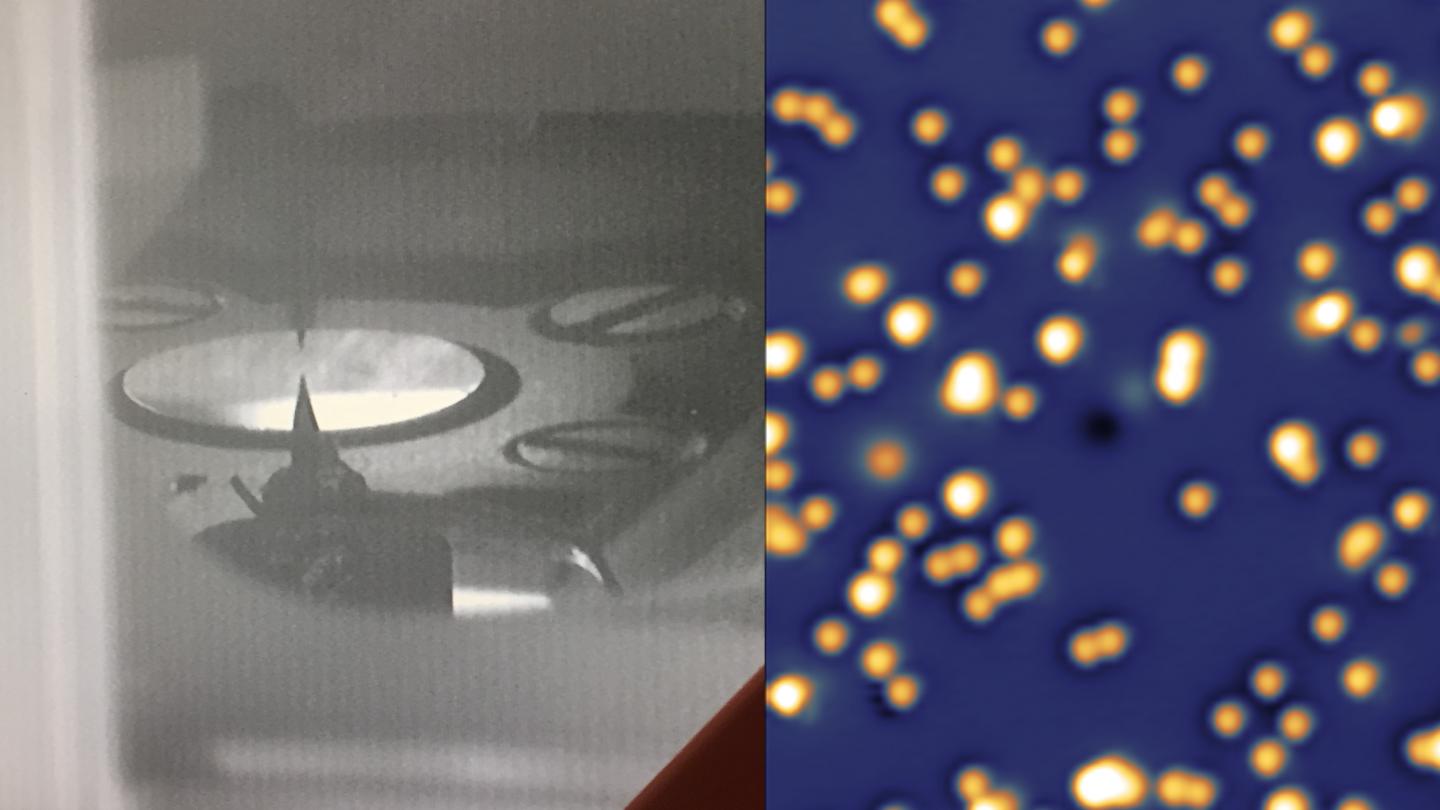 Despite the rise of solid-state drives, magnetic storage devices such as conventional hard drives and magnetic tapes are still very common. But as our data-storage needs are increasing at a rate of almost 15 million gigabytes per day, scientists are turning to alternative storage devices.

One of these are single-atom magnets: storage devices consisting of individual atoms stuck ("adsorbed") on a surface, each atom able to store a single bit of data that can be written and read using quantum mechanics. And because atoms are tiny enough to be packed together densely, single-atom storage devices promise enormous data capacities.

But although they are no longer science fiction, single-atom magnets are still in basic research, with many fundamental obstacles to be overcome before they can be implemented into commercial devices. EPFL has been at the forefront of the field, overcoming the issue of magnetic remanence, and showing that single-atom magnets can be used to read and write data.

In a new study published in Physical Review Letters, physicists at EPFL's Institute of Physics have used Scanning Tunneling Microscopy to demonstrate the stability of a magnet consisting of a single atom of holmium, an element they have been working with for years.

"Single-atom magnets offer an interesting perspective because quantum mechanics may offer shortcuts across their stability barriers that we could exploit in the future," says EPFL's Fabian Natterer who is the paper's first author. "This would be the last piece of the puzzle to atomic data recording."

The scientists exposed the atom to extreme conditions that normally de-magnetize single-atom magnets, such as temperature and high magnetic fields, all of which would pose risks to future storage devices.

Using a Scanning Tunneling Microscope, which can "see" atoms on surfaces, the scientists found that the holmium atoms could retain their magnetization in a magnetic field exceeding 8 Tesla, which is around the strength of magnets used in the Large Hadron Collider. The authors describe this as "record-breaking coercivity", a term that describes the ability of a magnet to withstand an external magnetic field without becoming demagnetized.

"Research in the miniaturization of magnetic bits has focused heavily on magnetic bistability," says Natterer. "We have demonstrated that the smallest bits can indeed be extremely stable, but next we need to learn how to write information to those bits more effectively to overcome the magnetic 'trilemma' of magnetic recording: stability, writability, and signal-to-noise ratio."