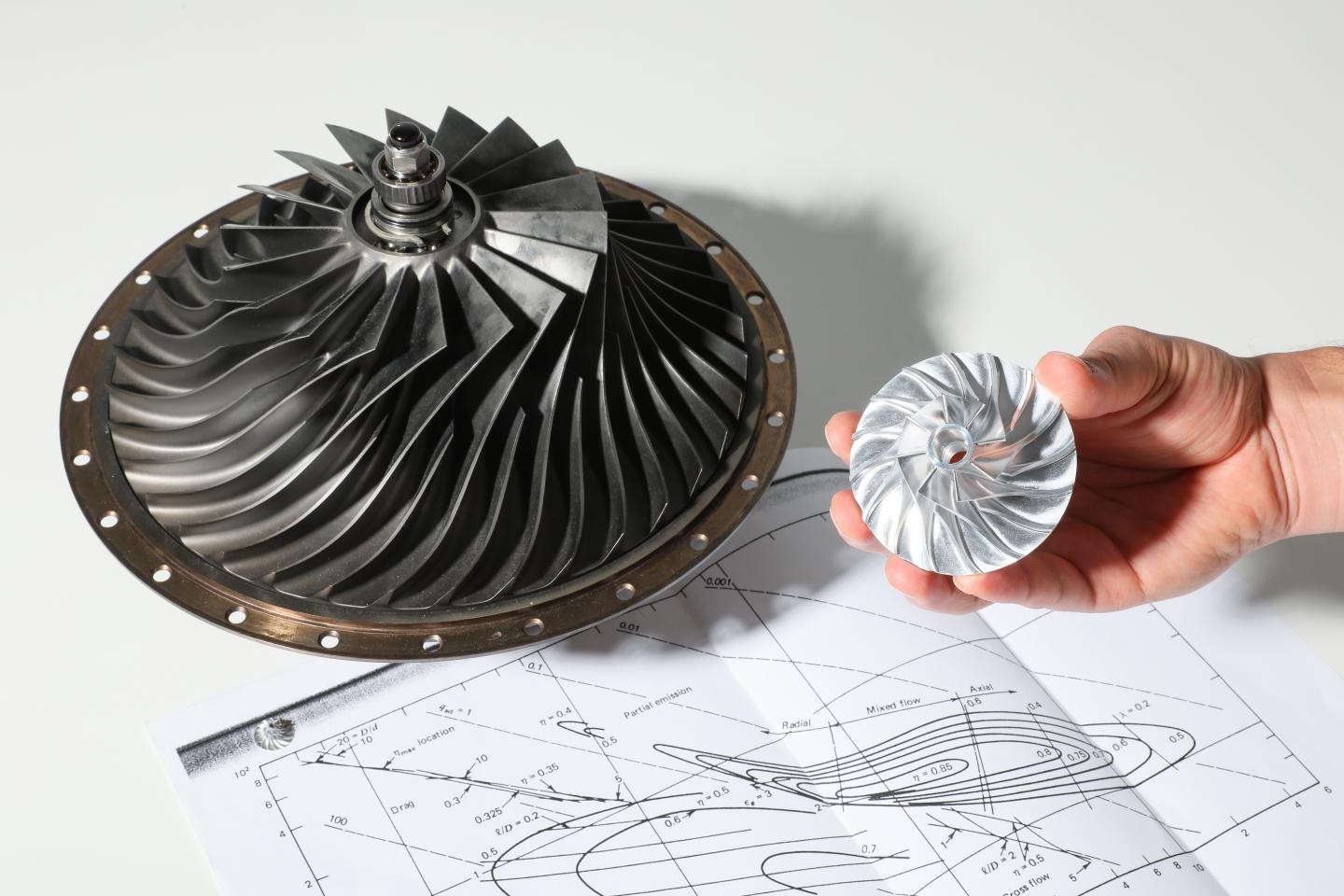 Researchers at EPFL have developed a method that uses artificial intelligence to design next-generation heat-pump compressors. Their method can cut the pumps' power requirement by around 25%.

In Switzerland, 50 - 60% of new homes are equipped with heat pumps. These systems draw in thermal energy from the surrounding environment - such as from the ground, air, or a nearby lake or river - and turn it into heat for buildings.

While today's heat pumps generally work well and are environmentally friendly, they still have substantial room for improvement. For example, by using microturbocompressors instead of conventional compression systems, engineers can reduce heat pumps' power requirement by 20-25% (see inset) as well as their impact on the environment. That's because turbocompressors are more efficient and ten times smaller than piston devices. But incorporating these mini components into heat pumps' designs is not easy; complications arise from their tiny diameters (<20 mm) and fast rotation speeds (>200,000 rpm).

At EPFL's Laboratory for Applied Mechanical Design on the Microcity campus, a team of researchers led by Jürg Schiffmann has developed a method that makes it easier and faster to add turbocompressors to heat pumps. Using a machine-learning process called symbolic regression, the researchers came up with simple equations for quickly calculating the optimal dimensions of a turbocompressor for a given heat pump. Their research just won the Best Paper Award at the 2019 Turbo Expo Conference held by the American Society of Mechanical Engineers.

The researchers' method drastically simplifies the first step in designing turbochargers. This step - which involves roughly calculating the ideal size and rotation speed for the desired heat pump - is extremely important because a good initial estimate can considerably shorten the overall design time. Until now, engineers have been using design charts to size their turbocompressors - but these charts become increasingly inaccurate the smaller the equipment. And the charts have not kept up to date with the latest technology.

That's why two EPFL PhD students - Violette Mounier and Cyril Picard - worked on developing an alternative. They fed the results of 500,000 simulations into machine-learning algorithms and generated equations that replicate the charts but with several advantages: they are reliable even at small turbocompressor sizes; they are just as detailed as more complicated simulations; and they are 1,500 times faster. The researchers' method also lets engineers skip some of the steps in conventional design processes. It paves the way to easier implementation and more widespread use of microturbochargers in heat pumps.

Conventional heat pumps use pistons to compress a fluid, called a refrigerant, and drive a vapor-compression cycle. The pistons need to be well-oiled to function properly, but the oil can stick to the heat exchanger walls and impairs the heat transfer process. However, microturbocompressors - which have diameters of just a few dozen millimeters - can run without oil; they rotate on gas bearings at speeds of hundreds of thousands of rpm. The rotating movement and gas layers between the components mean there is almost no friction. As a result, these miniature systems can boost heat pumps' heat transfer coefficients by 20-30%.