Major components housed in the door side 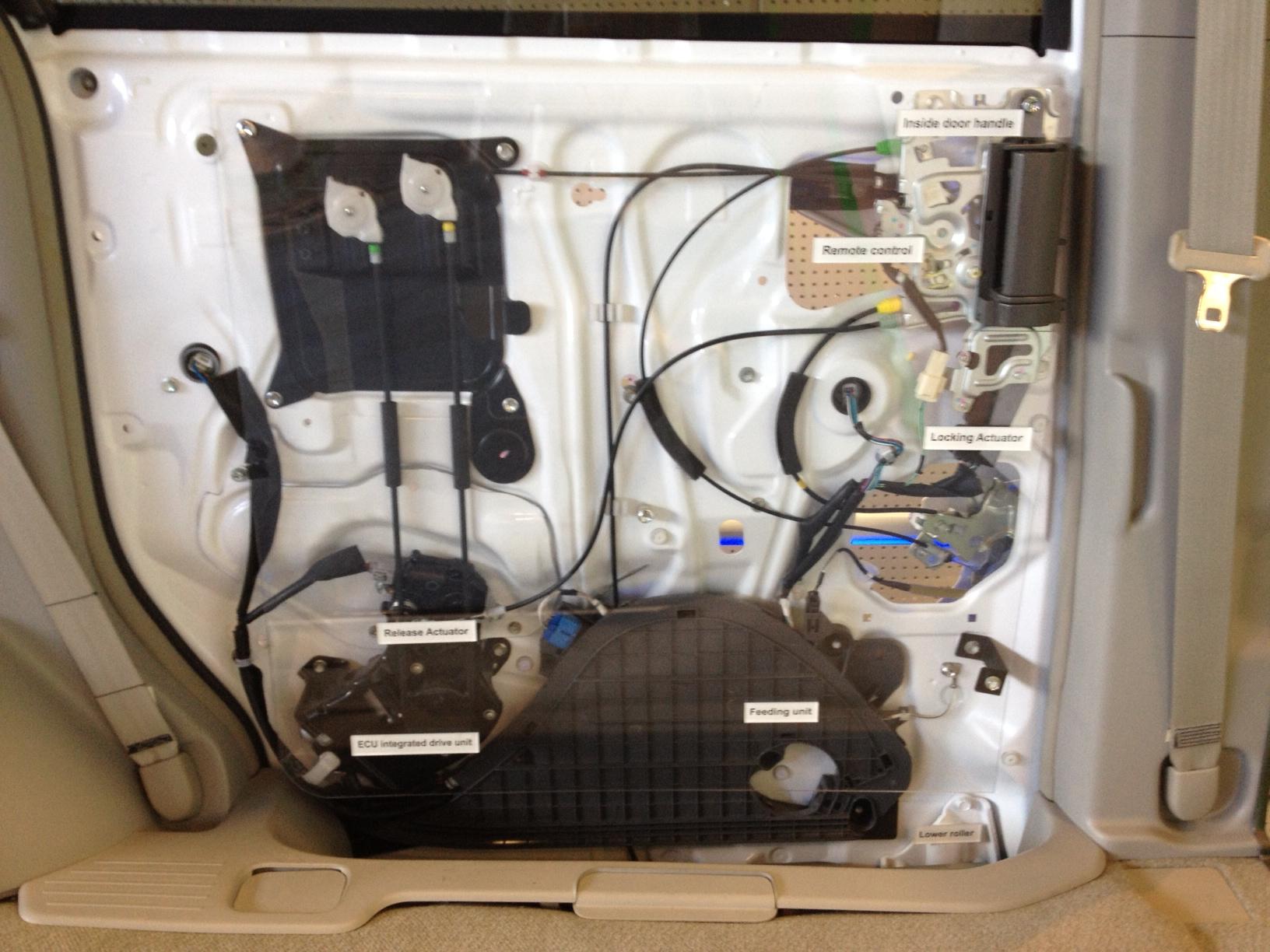 Vehicles with the Aisin system built into their sliding doors continue to increase year on year. Toyota plans to spread the use of the system to all models, and Nissan, Suzuki, Daihatsu, and Honda have also adopted the technology. During prototype production, the company implemented further modifications to make the drive unit versatile enough for use in a range of vehicles. This includes vehicles with limited space inside the door under the window where the unit was originally designed to be installed. Eliminating pulsation Theoretical analyses were undertaken to understand what measures could prevent the pulsation that occurs as the doors slide open and closed. Electrical engineering research as well as new control logic led to a new trapping detector that operates via a touch sensor to prevent pulsation. Powered-back-door system The components for the powered-sliding-door system and the powered-back-door system were standardised as much as possible. This proved significantly economical as the same ultra-compact drive unit could then be used in both with only minor modifications. Production of powered-sliding-door systems using the same components was launched for the Toyota Alphard in Japan 2002 and the Toyota Sienna in North America 2003. The powered-sliding-door system has now also been built into the front door on the passenger side of the Toyota Porte, highlighting the versatility of the system. Aisin Seiki