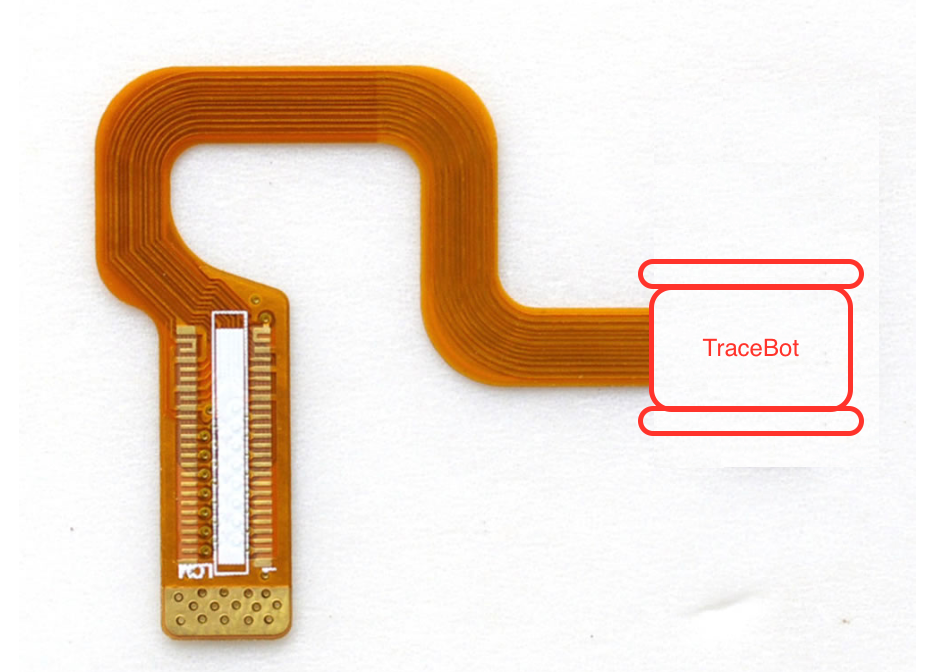 Silicon Alley startup Ambitious Concepts is attempting to bypass traditional PCB manufacturing processes and the related infrastructure by using microbots to lay circuits directly onto any surface. Called "TraceBots", the tiny machines lay strips of quick-drying adhesive flex circuitry, lacing a device's casing with the circuitry needed to operate. Currently able to place tracks from 1 to 10 mm wide, the system is envisioned to go down to the nanoscale and up to the industrial manufacturing level.

"With an office and design lab in Manhattan, it's hard to create prototypes, even with the latest 3D printing technology" explained Prila Koje, Ambitious Concepts' co-founder and CTO. "By making the circuits directly on a substrate with a moving device, instead of moving a piece of PCB through a series of huge expensive machines, we bypass the expense and added supply chain of a remote fab."

The company intends to first use its technology to develop and expand its manufacturing base, but intends to eventually focus on manufacturing and selling the TraceBots themselves. "It is the onlyh logical thing to do eventually" according to Piotr Baumwolleschwantz, the company's other co-founder and CEO. "We intend to use our first-generation TraceBot to create our current product line, as we have a tremendous amount of IP already invested in its development. However, once we get that out of the way we intend of focusing exclusively on the 'Bots themselves."

The research was partially funded by the US Department of Advanced Ludicrous Technology Development, with additional grants by the Esoteric Engineering Association and the Lirpa Labs Institute. Any resemblance to existing technology is purely a coincidence.