The Architects of Modern Power (AMP Group) consortium announced an additional standard aimed at establishing common mechanical and electrical specifications for the development of advanced power conversion technology for distributed power systems. The ‘gigaAMP’ standard, introduced to provide a higher current option in a land-grid array (LGA) footprint, builds on the previously-released ‘picoAMP’ standard, published in September 2015, which defined standards for a lower range of non-isolated platforms ranging from 6 A to 18 A. The 60 A ‘gigaAMP’ standard defines a compact footprint of 25.1 x 14.1 mm in an LGA format. 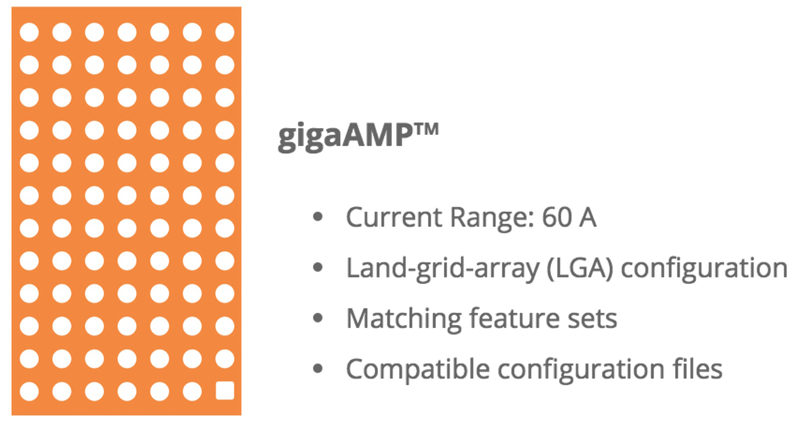 “The ‘gigaAMP’ standard is a continuation of the AMP Group’s efforts to establish industry standards that cover every aspect of board-level digital power technology,” stated Martin Hägerdal, President of Ericsson Power Modules. “And the addition of this new standard at 60 A helps to further address the growing demands on performance, complexity and flexibility in intelligent power supply infrastructures,” added Steve Pimpis, President & CEO of Murata Power Solutions.

The Architects of Modern Power consortium formed in October 2014 is an alliance between CUI, Ericsson Power Modules and Murata with the objective of providing the most technically advanced, end-to-end solutions with a complete ecosystem of hardware, software and support. Whereas other power supply standards groups are only focused on the mechanical specifications of board mount power supplies, the AMP Group has realized that the standardization of monitoring, control and communications functions, and the creation of common configuration files for plug-and-play interoperability will define the future of intelligent distributed power systems.