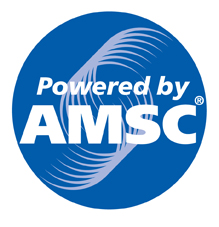 American Superconductor Corporation announced that it has signed a definitive agreement to acquire The Switch Engineering Oy, a power technologies company headquartered in Finland. The 190-million-Euro acquisition (approximately US$265 million based on current exchange rates) is expected to be immediately accretive and support AMSC's growth to US$1 billion in annual revenues. With sales of both power converter systems and permanent magnet generators to wind turbine manufacturers in China, Europe, Korea and the U.S., this acquisition will diversify AMSC's customer base and channels to market. "With highly complementary engineering capabilities and product offerings, the combination of The Switch and AMSC will provide significant additional value for our customers, partners and investors," said Greg Yurek, founder and chief executive officer of AMSC. "Both AMSC and The Switch are well positioned in Asia, which is now the world's largest and fastest growing wind power market. Our combined company is expected to be serving China's three largest wind turbine manufacturers - Sinovel, Goldwind and Dongfang - in various capacities. The Switch will also significantly strengthen AMSC's presence in Western wind markets with customers such as GE and create a new channel to market for AMSC in addition to our Windtec(TM) licensees. In short, this combination will create a global wind powerhouse." AMSC's growth in recent years has primarily been driven by the sale of wind turbine core electrical components and full wind turbine electrical control systems (ECS) to Windtec licensees and strategic partners. The Switch provides a substantial existing channel for power electronics and control system sales to other global wind turbine manufacturers. The Switch focuses on the production of power converter systems (PCS), which are a subsystem of full wind turbine ECS. By joining forces with The Switch, AMSC also sees the opportunity to further enhance the performance and reduce the cost of its PCS and ECS offerings. The Switch today offers PCS's with power ratings ranging from 1 megawatt (MW) to 6 MW. The Switch also opens a new addressable market opportunity exceeding $1 billion annually with its portfolio of proprietary permanent magnet generators (PMG). PMG are a powerful new class of generators that are utilized inside an increasing number of both geared and direct drive wind turbines. The Switch today offers low-, medium- and high-speed PMG up to 6 MW in power rating. These PMG systems, which already are being utilized by several companies in Europe, the U.S. and Asia, will extend the technology portfolio currently available to Windtec customers and increase AMSC's potential value per MW of wind power. AMSC also expects to leverage The Switch's strong background in advanced synchronous generators to commercialize superconductor generators for direct drive SeaTitan(TM) wind turbines. "In today's market, there is a great demand for multi-megawatt turbines utilizing advanced power electronics and permanent magnet generators - a trend that AMSC and The Switch can take advantage of," said Jukka-Pekka Mäkinen, President and Chief Executive Officer of The Switch. "From virtually all angles - culturally, commercially and strategically - the synergies of a combination of The Switch and AMSC were immediately evident to both of our organizations. After the closing, we will be able to exploit our combined engineering and manufacturing expertise to speed up our clients' access to markets as well as to significantly increase the number of wind turbines 'Powered by AMSC.'" For calendar year 2010, The Switch generated approximately US$179 million in total revenue and approximately US$15 million in net income. The transaction is valued at approximately US$265 million, with approximately US$186 million to be paid in cash and the remainder to be paid in the form of AMSC stock based in part on the average closing price of AMSC's stock prior to the closing. These figures are based on current exchange rates. AMSC plans to use its existing cash balance to finance the deal. Closing of the transaction, which has been approved by both companies' Boards of Directors and is subject to customary closing conditions and regulatory approvals, is expected by August 31, 2011. www.amsc.com