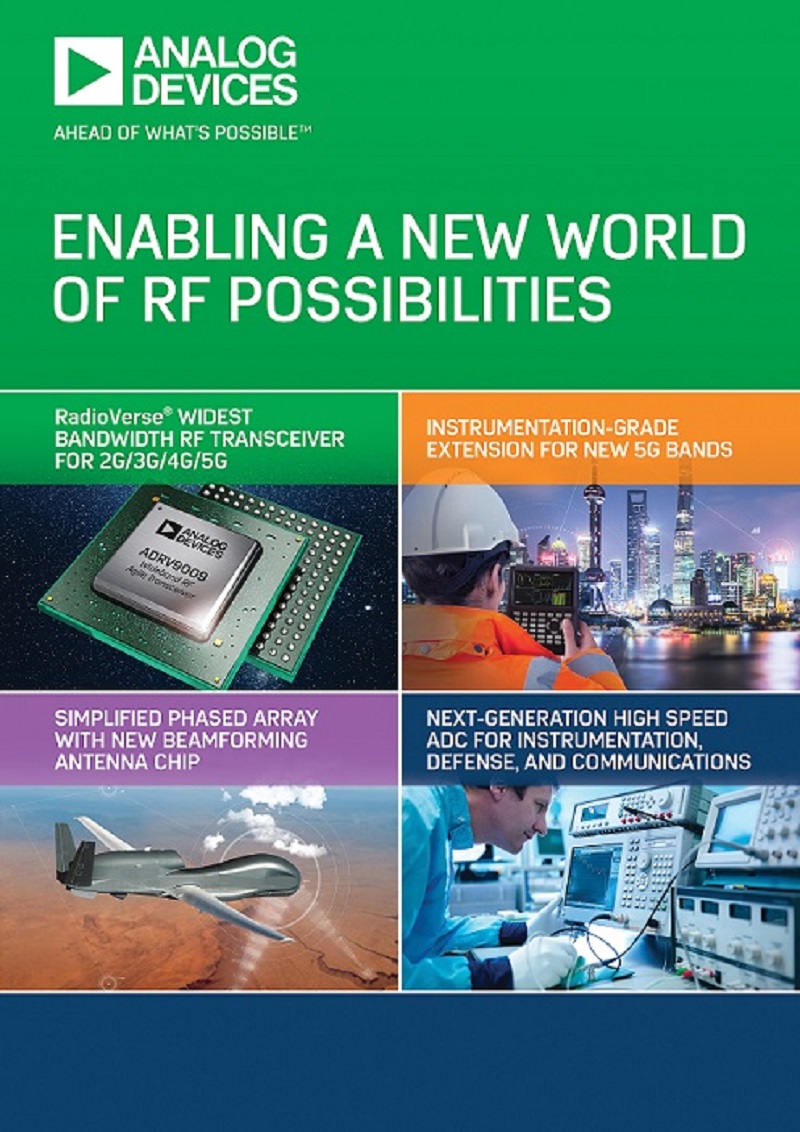 ADI’s stand (#135) at EuMW2018 (September 25th - 27th) will host the first public demonstration of several significant products released to the market in recent weeks, advancing the state-of-the-art in areas such as 5G communications, phased-array RADAR and software-configurable radio.

With its award-winning RadioVerse wideband transceivers, Analog Devices transformed the design process for the RF path in a multitude of radio products. The ADI stand at EuMW will feature the latest generation of RadioVerse chip which increases bandwidth, adds further integration and cuts power demand. The IC anticipates the upcoming need for large numbers of 5G base stations to be deployed economically; with twice the bandwidth – 200 MHz – of its predecessor and tunability over 75 MHz to 6 GHz, it will support not only 5G RF standards, but also 2G, 3G and 4G. Replacing up to 20 components and more-than-halving power demand, a demonstration of this IC will show configurable RF capability that extends beyond 5G, to a broad range of infrastructure, aerospace and defense systems.

As RADAR deployments become more diverse, applications encounter limits of SWaP – size, weight and power. Phased-array RADARs are attractive for their flat-panel, no-moving-parts attributes, but demand efficient transmit/receive performance over many channels. Highlighting a newly-released device, a demonstration on the ADI stand at EuMW18 will show how integration can resolve this dilemma; analog beamforming will be shown in a system that will track visitors as they approach the exhibit. Simplifying the designers’ task, this 4-channel chip replaces multiple conventional components to build TDD RADARs operating in X and Ku bands, integrating T/R switching and providing complete support for phase-control on a per-channel basis.

The PLL (phase-locked-loop) and VCO (voltage-controlled oscillator) functions are fundamental to RF designs, more so in an increasingly digital signal-handling context. Also seen for the first time on the ADI stand at EuMW18, will be a synthesizer IC comprising a PLL with fully integrated VCO, as well as on-chip low-dropout regulators (LDOs) to provide the necessary highly stable supply rails; plus integrated tracking filter technology. The demonstration will show how the lowest levels of RMS jitter can be achieved at high output frequencies, in applications that will span aerospace and defense, test & measurement, and communications infrastructure.

Analog Devices’ applications engineers will be on hand at stand #135 to answer visitors’ questions on any aspect of RF signal chain design, building on ADI’s decades of experience at both component and system level.

Volkswagen relies on Infineon for its electric future 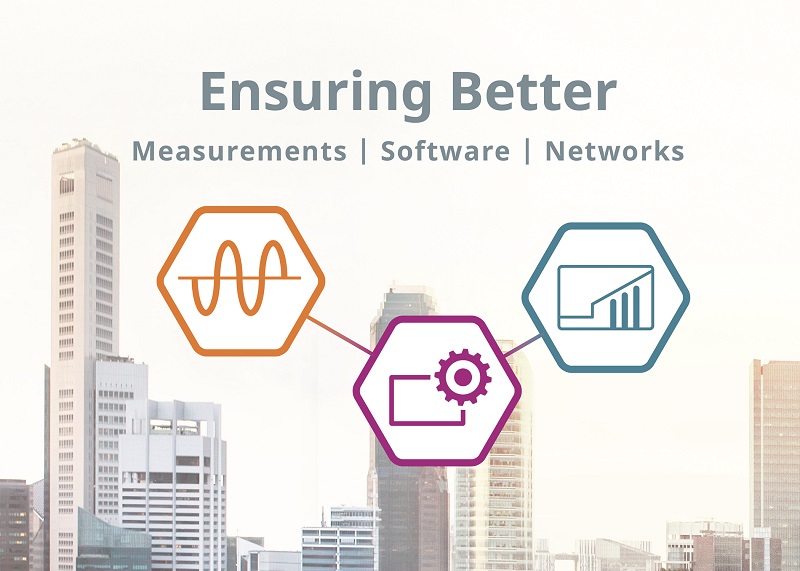 Anritsu is Ensuring Better Connections in a Connected Mobile World