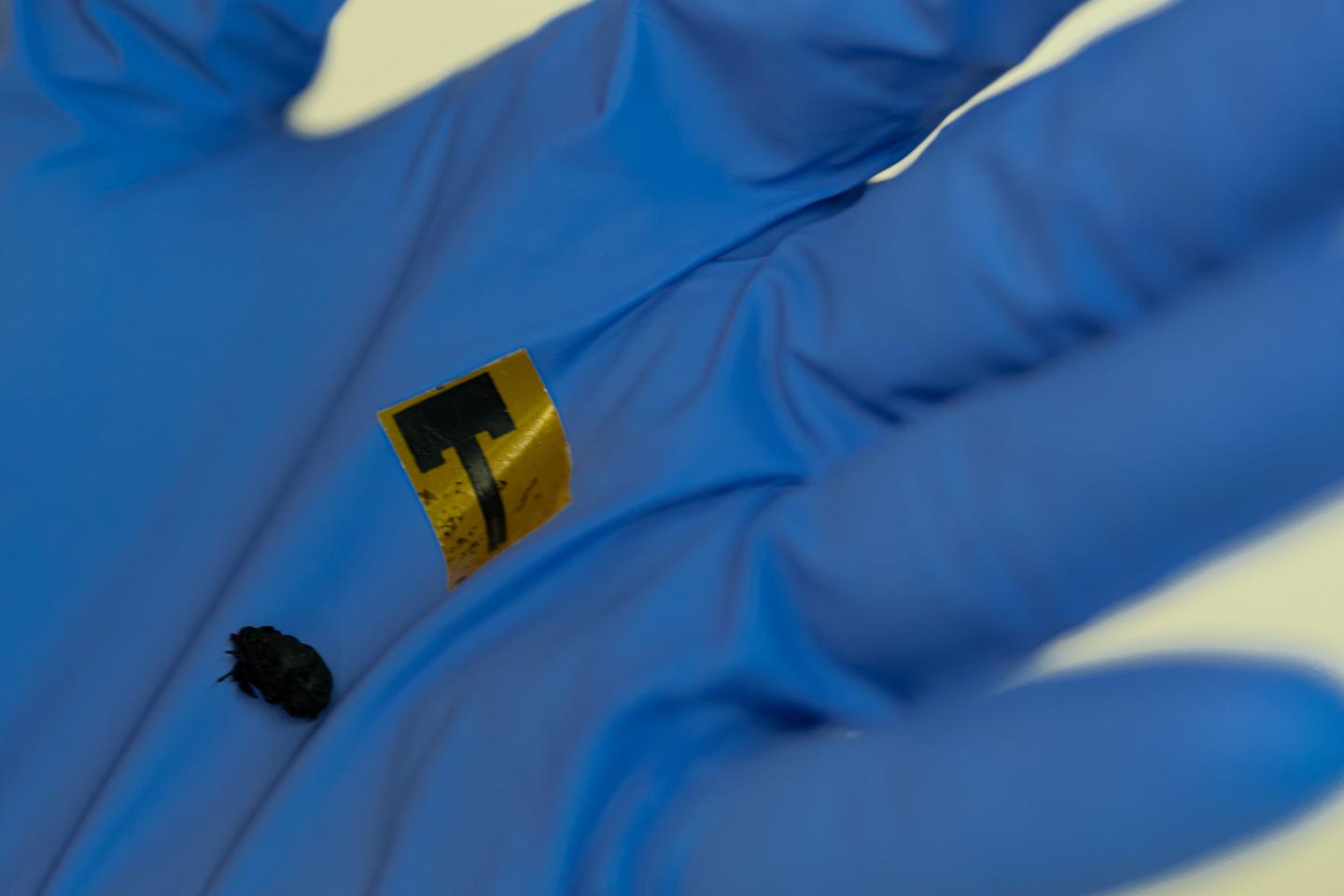 Metal-free antennas made of thin, strong, flexible carbon nanotube films are as efficient as common copper antennas, according to a new study by Rice University researchers.

Antennas made of carbon nanotube films are just as efficient as copper for wireless applications, according to researchers at Rice University's Brown School of Engineering. They're also tougher, more flexible and can essentially be painted onto devices.

The Rice lab of chemical and biomolecular engineer Matteo Pasquali tested antennas made of "shear-aligned" nanotube films. The researchers discovered that not only were the conductive films able to match the performance of commonly used copper films, they could also be made thinner to better handle higher frequencies.

The results detailed in Applied Physics Letters advance the lab's previous work on antennas based on carbon nanotube fibers.

The lab's shear-aligned antennas were tested at the National Institute of Standards and Technology (NIST) facility in Boulder, Colorado, by lead author Amram Bengio, who carried out the research and wrote the paper while earning his doctorate in Pasquali's lab. Bengio has since founded a company to further develop the material.

At the target frequencies of 5, 10 and 14 gigahertz, the antennas easily held their own with their metal counterparts, he said. "We were going up to frequencies that aren't even used in Wi-Fi and Bluetooth networks today, but will be used in the upcoming 5G generation of antennas," he said.

Bengio noted other researchers have argued nanotube-based antennas and their inherent properties have kept them from adhering to the "classical relationship between radiation efficiency and frequency," but the Rice experiments with more refined films have proved them wrong, allowing for the one-to-one comparisons.

To make the films, the Rice lab dissolved nanotubes, most of them single-walled and up to 8 microns long, in an acid-based solution. When spread onto a surface, the shear force produced prompts the nanotubes to self-align, a phenomenon the Pasquali lab has applied in other studies.

Bengio said that although gas-phase deposition is widely employed as a batch process for trace deposition of metals, the fluid-phase processing method lends itself to more scalable, continuous antenna manufacturing.

The test films were about the size of a glass slide, and between 1 and 7 microns thick. The nanotubes are held together by strongly attractive van der Waals forces, which gives the material mechanical properties far better than those of copper.

The researchers said the new antennas could be suitable for 5G networks but also for aircraft, especially unmanned aerial vehicles, for which weight is a consideration; as wireless telemetry portals for downhole oil and gas exploration; and for future "internet of things" applications.

"There are limits because of the physics of how an electromagnetic wave propagates through space," Bengio said. "We're not changing anything in that regard. What we are changing is the fact that the material from which all these antennas will be made is substantially lighter, stronger and more resistant to a wider variety of adverse environmental conditions than copper."

"This is a great example of how collaboration with national labs greatly expands the reach of university groups," Pasquali said. "We could never have done this work without the intellectual involvement and experimental capabilities of the NIST team."