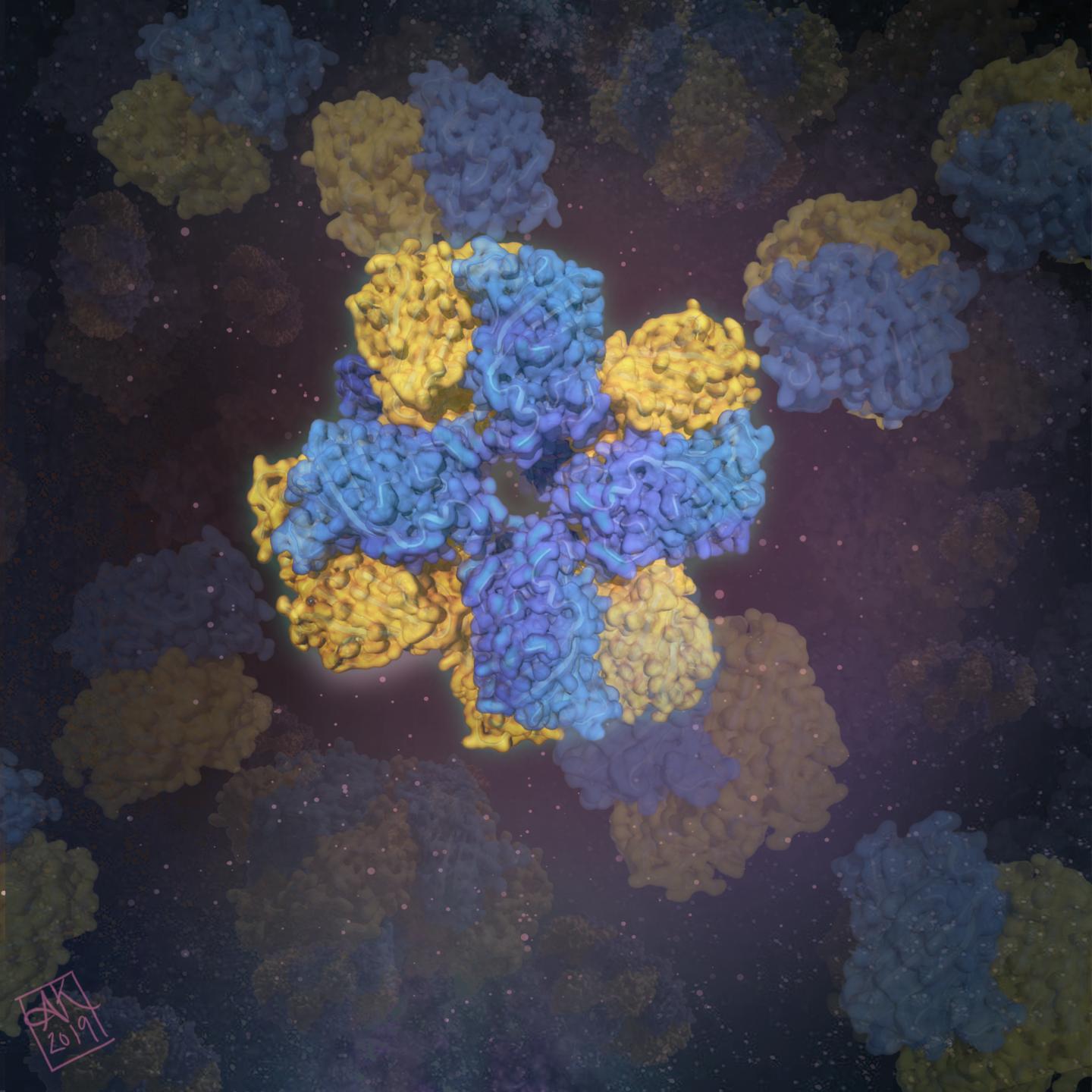 Army scientists have discovered how to build novel synthetic biomolecule complexes that they believe are a critical step towards biotemplated advanced materials. Their work was recently featured in the March issue of Nature Chemistry.

Dr. Jimmy Gollihar, a synthetic biology research scientist at ARL, along with University of Texas at Austin professors, Drs. Andrew Ellington and David W. Taylor, Jr., collaborated on this discovery.

The researchers said synthetic protein units had their surface charge artificially augmented to create either a positively or negatively charged protein unit to create supercharged proteins. This feature allowed the team to create self-assembled structures that are driven by charge alone.

As a demonstration of this capability, the team used computational modeling to design two fluorescent proteins, one super positive and the other super negative.

Gollihar explained that when the team synthesized and mixed the oppositely supercharged fluorescent proteins, it resulted in well-ordered aggregates.

"Our simple charged proteins assembled into well-ordered structures in a manner that has not been observed in nature," Gollihar said. "These protomers are aggregates of two oppositely charged pairs of fluorescent proteins. Once the protomers form, they can be reversibly assembled by altering the ionic strength or pH of the solution. At very low ionic strength, the proteins assemble into structures that are larger than bacterial cells."

Gollihar indicated this begins to address questions on how protein structures can be engineered into templates for advanced materials.

"Biology is exceptional at Angstrom-level scales that current manufacturing methods cannot access," he said. "By studying the self-assembly and functionalization at this level, it should prove possible to manufacture nanoscale materials for a host of Army-relevant applications.

He said synthetic biology is a key technology area that has disruptive potential to shape how the Army will fight and win in the future operational environment.

"These efforts will be followed by attempts to engineer protein structures with unique properties suitable for Army applications such as bio-enabled sensing and functional coatings," Gollihar said. "The ready assembly of this structure suggests that combining oppositely supercharged pairs of protein variants may provide broad opportunities for generating novel architectures via otherwise unprogrammed interactions."

This foundational work will continue, expanding in scale and composition, as part of Transformational Synthetic biology for Military Environments, or TRANSFORME, one of ARL's essential research programs.

"TRANSFORME is about programmable control of biological processes allowing not only expeditionary capabilities in multi-domain operation, but also adaptation at operational tempo, a pace that can define a country's dominance in battle," said Dr. Dimitra Stratis-Cullum, program manager for TRANSFORME.