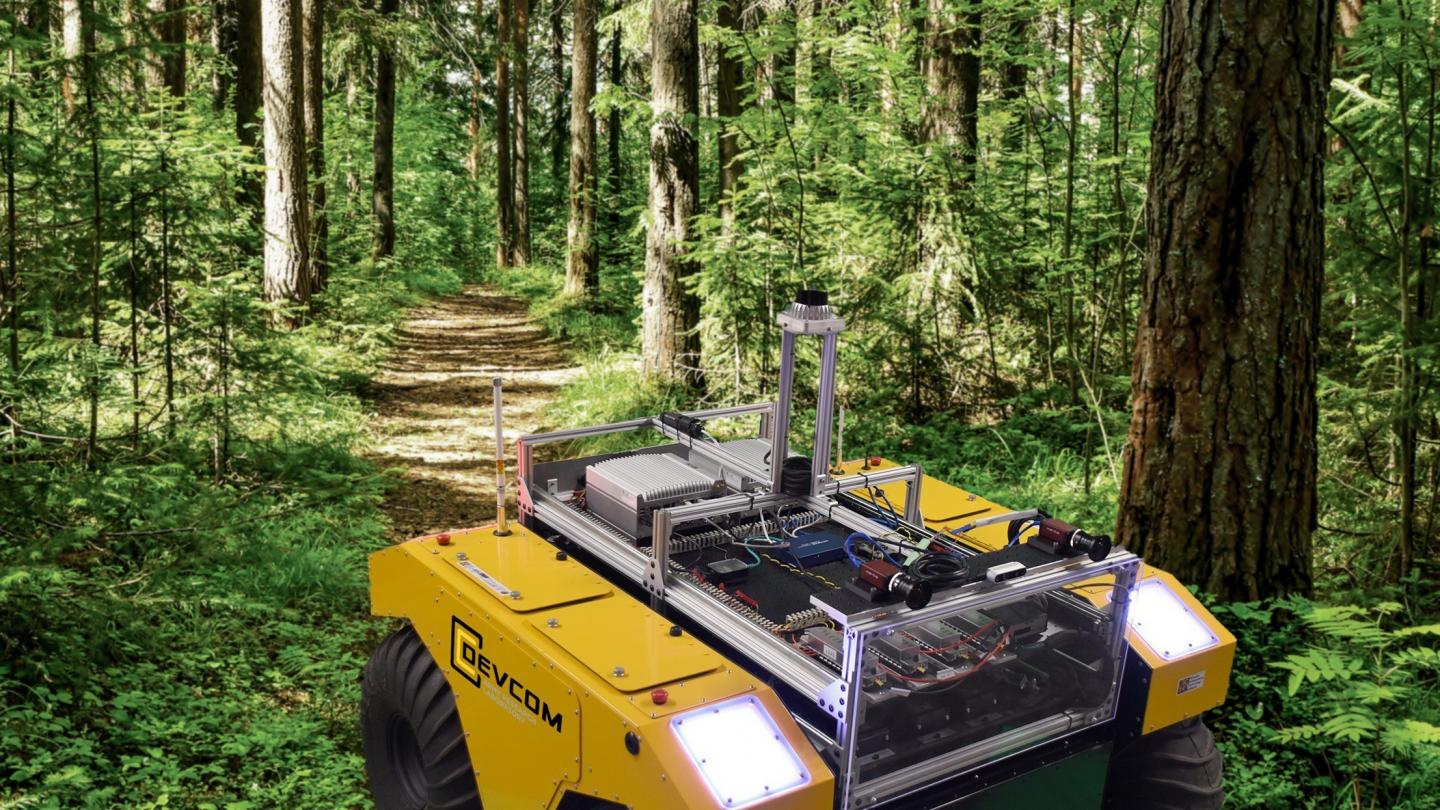 Army researchers develop a technique that allows robots to remain resilient when faced with intermittent communication losses on the battlefield. Experimental results were reported on simulated robots within multiple environments and physical Clearpath Jackal Robots.

Army researchers developed a technique that allows robots to remain resilient when faced with intermittent communication losses on the battlefield.

The technique, called α-shape, provides an efficient method for resolving goal conflicts between multiple robots that may want to visit the same area during missions including unmanned search and rescue, robotic reconnaissance, perimeter surveillance and robotic detection of physical phenomena, such as radiation and underwater concentration of lifeforms.

"Robots working in teams need a method to ensure that they do not duplicate effort," said Army researcher Dr. Bradley Woosley. "When all robots can communicate, there are many techniques that can be used; however, in environments where the robots cannot communicate widely due to needing to stay covert, clutter leading to radios not working for long distance communications, or to preserve battery or bandwidth for more important messages, the robots will need a method to coordinate with as few communications as possible."

This coordination is accomplished through sharing their next task with the team, and select team members will remember this information, allowing other robots to ask if any other robot will perform that task without needing to communicate directly with the robot that selected the task, Woosley said.

The robot that remembers a task is based on the topology of their wireless communications network and the geometric layout of the robots, he said. Each robot is assigned a bounding shape representing the area of the environment that they are caching goal locations for, which enables a quick search in the communications network to find the robot that would know if there were any goals requested in that area.

"This research enables coordination between robots when each robot is empowered to make decisions about its next tasks without requiring it to check in with the rest of the team first," Woosley said. "Allowing the robots to make progress towards what the robots feel is the most important next step while handling any conflicts between two robots as they are discovered when robots move in and out of communications range with each other."

The technique uses a geometric approximation called α-shape to group together regions of the environment that a robot can communicate with other robots using multi-hop communications over a communications network. This technique is integrated with an intelligent search algorithm over the robots' communication tree to find conflicts and store them even if the robot that selects the goal disconnects from the communication tree before reaching the goal.

"To our knowledge, this work is one of the first attempts to integrate geometry-based prediction of potential conflict regions to improve multi-robot information collection under communication constraints, while gracefully handling intermittent connectivity loss between robots," Woosley said.

According to Woosley, other available approaches can only get input from the robots that are inside the same communications network, which is less efficient when robots can move in and out of communications range with the team.

In contrast, he said, this research provides a mechanism for the robot to quickly find potential conflicts between its goal and the goal another robot selected, but is not in the communications network anymore.

Woosley said that he is optimistic this research will pave the way for other communications limited cooperation methods that will be helpful when robots are deployed in a mission that requires covert communications.

He and the research team, including DEVCOM ARL researchers Dr. John Rogers and Jeffrey Twigg and Naval Research Laboratory research scientist Dr. Prithviraj Dasgupta, will continue to work on collaboration between robotic team members through limited communications, especially in directions of predicting the other robot's actions in order to avoid conflicting tasks to begin with.