PrognoNetz: Self-learning sensor networks to predict the resilience of overhead lines -- adapting operation to weather for optimal use of the grid 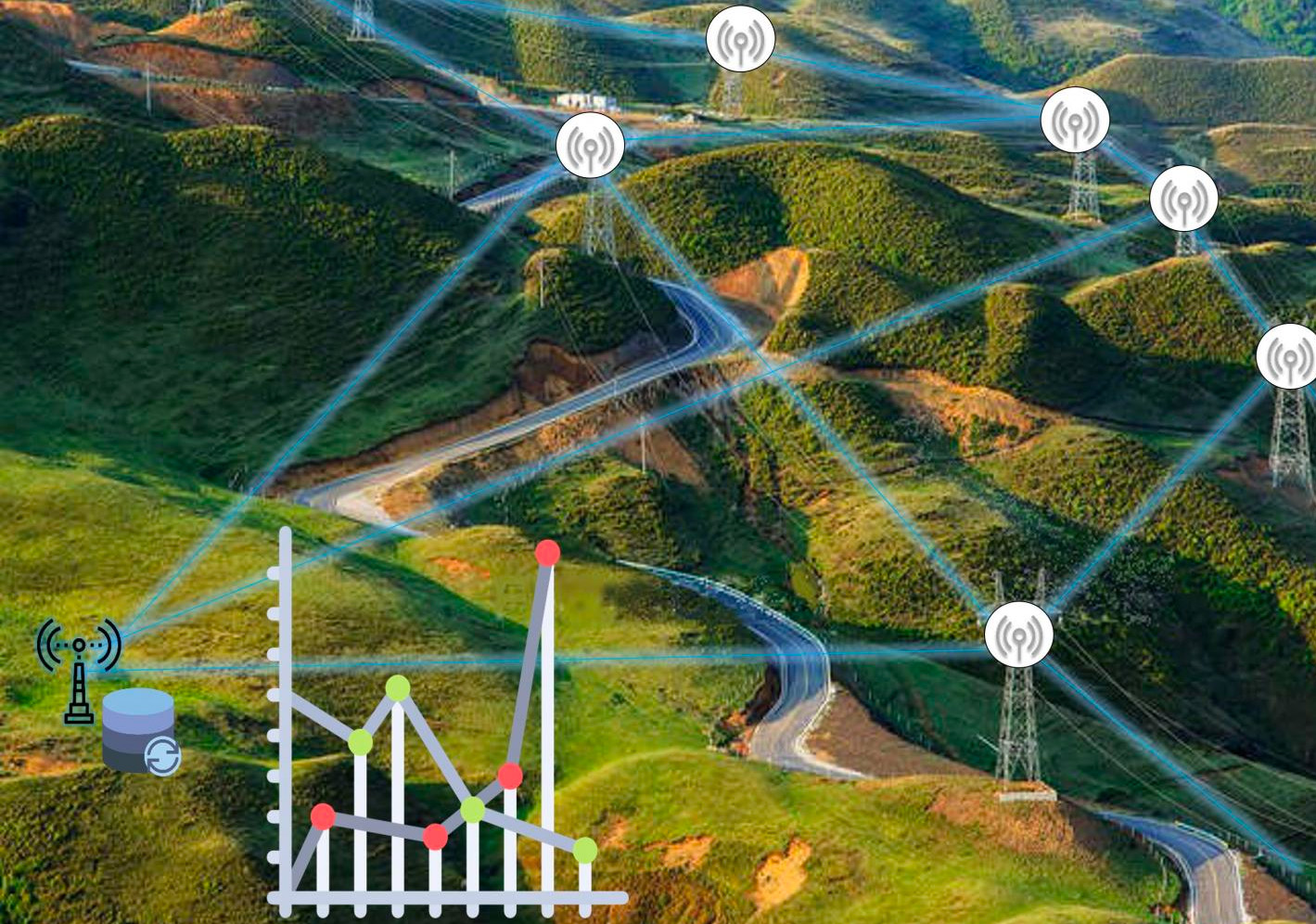 The PrognoNetz project is aimed at monitoring overhead lines at high resolution and in real time. (Figure: ITIV, KIT)

To integrate the usually volatile renewable sources into energy supply, capacities of the power grid have to be increased. The need for new lines can be reduced by better utilization of existing lines as a function of weather conditions. To this end, researchers of Karlsruhe Institute of Technology (KIT) work on self-learning sensor networks to model the cooling effect of weather based on real data within the "PrognoNetz" project. In case of favorable conditions, the line's power transmission can be enhanced in this way.

Rapid extension of the use of renewable energy sources - wind energy in the north, photovoltaics in the south - and the increasing international power trade result in increasing requirements on the power transmission grid. To transport power from producers to consumers, to prevent temporary shutdown of plants that generate power from regenerative sources in particular at high wind intensities, and to ensure high supply security in general, considerable extension of the existing grid infrastructure appears to be required. This is associated with time-consuming licensing processes and high costs.

However, the need for new transmission lines can be reduced significantly by a better utilization of existing overhead lines. "In this way, power transport can be increased considerably depending on weather conditions, such as ambient temperature, solar irradiation, wind speed, and wind direction," says Professor Wilhelm Stork, Head of the Microsystem Technology Group of KIT's Institute for Information Processing Technology (ITIV). "This increase can be achieved without exceeding the maximum permissible conductor temperature and without the distance of the conductor from the ground or from objects dropping below the permissible minimum." The wind with its cooling effect that is influenced by local topography and vegetation is of particular importance in this respect.

Within PrognoNetz, the research and industry partners will develop wide sensor networks with smart sensors that - contrary to conventional weather stations - are located closely to each other and near overhead lines in order to precisely measure weather conditions. The sensor networks are resistant to harsh ambient conditions and are to supply critical data to the control center in a wireless and reliable way. With the new algorithms to be developed, the sensors will be given a self-learning function. Based on the distributed weather data measured, they are to automatically generate precise power load prognoses for hours or even days. Using historical weather data and topographic properties, smart models will be developed for any transmission line of the power grid. Within PrognoNetz, ITIV scientists work on prognosis models based on artificial intelligence and on a laser-based wind sensor, the measurement accuracy of which is higher than that of rigidly mounted conventional sensors. In addition, unmanned drones are planned to be used to install and maintain the weather sensors on the power poles.

The self-learning meteorological network to be developed within PrognoNetz initially will be applied to existing high-voltage lines and equipment of the partner TransnetBW. "This AI-based network will ensure optimal utilization of existing power grids at any time by adapting operation to the weather conditions. Bottlenecks can be overcome," Wilhelm Stork says. "In this way, power transport can be increased by 15 to 30 % under favorable conditions, i.e. a low external temperature or strong wind."