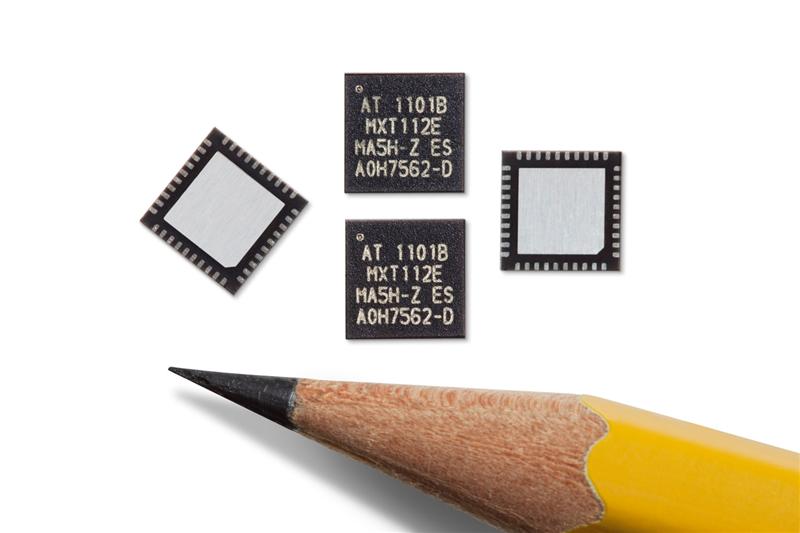 Atmel® Corporation (NASDAQ: ATML), a leader in microcontroller and touch solutions, today announced the Atmel maXTouch(TM) mXT112E controller optimized for 2.8- to 3.5-inch touchscreens for the fast growing consumer markets including feature phones, digital still cameras, global positioning systems (GPS), gaming consoles and other high-volume devices. The Atmel maXTouch mXT112E includes all the proven functions of the maXTouch E series tailored to meet the precise needs of these exciting consumer devices. The Atmel maXTouch mXT112E enables true single-layer touchscreens, resulting in screens that are thinner, lighter and brighter. Similar to the Atmel E-series family, this device offers the most advanced signal processing algorithms to mitigate noise from a wider range of LCD displays, environmental noise and interference from after-market chargers. The Atmel maXTouch mXT112E allows up to four simultaneous touches, a level of performance that has previously only been seen in the smartphone market. Similar to other Atmel maXTouch E series products, its advanced touch processing rejects unintentional touches caused by a gripping hand, while interpreting light touches correctly for gestures made on the devices. Unlike competing solutions, it can support a narrow passive stylus input even while the user's hand is resting on the screen in a natural writing position. All these features come with Atmel's industry-leading power consumption for excellent battery life, and its extreme responsiveness due to a report rate of up to 250Hz. "With the mass adoption of touchscreens on smartphones and tablets, consumers are demanding touchscreen capability on nearly all consumer devices," said Helen Francis, sr. marketing manager, Atmel Corporation. "The launch of Atmel mXT112E helps address this need by providing consumers with a 'touch-smart-phone' experience that is intuitive to use, includes better battery life, superior touch performance, and has a more intuitive interface for applications such as digital still cameras, feature phones and GPS." More Information Additional information on the Atmel maXTouch touchscreen controllers is available at: www.atmel.com/maxtouch. To see Atmel's latest maXTouch videos, visit the Atmel YouTube Channel at www.atmel.com/youtube. Follow Atmel on Twitter at www.atmel.com/twitter and Facebook at www.atmel.com/facebook