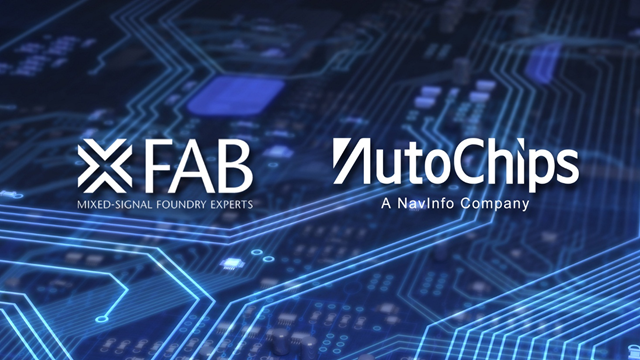 AutoChips Inc., in partnership with X-FAB Silicon Foundries SE, has successfully initiated volume production of a highly advanced Tire Pressure Monitoring System (TPMS) chipset. The automotive-grade AC5111 chipset has been fully designed in-house by AutoChips’ skilled engineering team and is being manufactured at X-FAB’s state-of-the-art MEMS facility, in Erfurt, Germany. Orders for the MEMS-based chipset equating to tens of thousands of pieces have already been received.

Studies have shown that 70% of highway traffic accidents in China are caused by tire punctures. When the air pressure of the tire is 10% lower than the normal value, its lifespan is reduced by 15% to 20%, and vehicle fuel consumption per kWh increases by 260ml. Based on these figures, China’s Standardization Administration has made it mandatory for all vehicles built from January 2020 onwards to incorporate TPMS technology.

”High quality, high reliability and comprehensive functions are regarded as the core aspects of competitiveness for AutoChips, and these are enabling us to become China’s new force in automotive semiconductor products,” states Wan Tiejun, General Manager of AutoChips. “As the only domestic TPMS chipset to integrate six core technologies, test results have shown that the AC5111 can match competitors’ products in terms of performance and power consumption, and having access to X-FAB’s MEMS expertise has been absolutely pivotal here.”

“We are very pleased to be helping AutoChips in its efforts to gain further traction in the constantly-growing Chinese domestic automotive market. We hope that this cooperation will open new opportunities for both companies in the future,” added X-FAB’s CEO Rudi De Winter.

AutoChips’ next-generation TPMS chipset is already under development, along with a series of other product innovations.