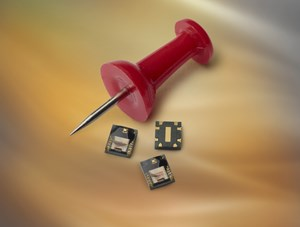 "Reflective optical encoder technology is vital to many miniaturized
motion control systems. As modern appliances get smaller in size and
consume less power, so too are the critical components such as a motion
control encoder embedded inside many of these appliances," said Hassan
Hussain, vice president and general manager of the Motion Control
Product Division (MCPD) at Avago. "Avago's latest AEDR-87xx is the
best-in-class reflective optical encoder solution with added
flexibility addressing a wide range of design challenges for modern
miniaturized motion control systems."

Pricing and Availability
The AEDR-8710 and AEDR-8723 are priced starting at $15 and $22 USD,
respectively, each in 10,000 piece quantities. Samples and production
quantities are available now.