Vehicle assembly is a complex process involving a range of materials, glues, changing components and human-driven processes.  Even with the best traditional efforts, small leaks can go undetected during manual inspection procedures.  These leaks may allow enough water into the vehicle over time to cause mold growth and potential damage to expensive electronics modules and components. Statistics show that up to 3% of vehicles ship from the factory with leaks that will lead to mold growth and costly warranty repairs.  The RFM5126 Moisture Intrusion Detection System is able to accurately identify these leaks with lower cost and labor impact versus traditional and less effective methods.

The unobtrusive, battery-free, wireless sensors are installed in the vehicle at the bare metal stage before installation of the interior trim and seats.  After completing all assembly, vehicles move through a high-pressure spray test where the system flags any small, hard-to-find leaks.  Drive-through portal stations that are easily installed on existing vehicle assembly lines, facilitate communication with the sensors. The portal stations incorporate comprehensive sensor monitoring software that reports accurate leak locations helping to speed the rework process.  Over time, the system strengthens process improvement efforts by helping automakers identify issues that lead to leaks in the first place.

“Automakers can already detect the major leaks which tend to be visible, but they have great difficulty detecting small leaks which cause damage over an extended period of time,” said Shahriar Rokhsaz, CEO, RFMicron. “The RFM5126 Moisture Intrusion Detection System identifies nearly all mold-causing small leaks and a large majority of ‘micro leaks’.  Our objective is to catch the small leaks before vehicles leave the factory.  Our battery-free wireless sensors, and our associated software, provide a highly effective and cost-efficient solution to make this happen.”

“Hard to detect leaks are a significant issue for automakers,” said Gary Straker, Vice President of the Protection and Signal Division at ON Semiconductor. “This new system automatically detects very small leaks on the assembly line, giving the opportunity to address the root causes of the problem and make process changes to improve outgoing quality.  As an added benefit, repairs at the factory are lower cost since the right materials and fully trained personnel are on-hand. Finding leaks and dealing with them earlier, combined with major reductions in repair costs, and the avoidance of any impact on an automaker’s reputation for quality, gives an attractive potential return on investment for the industry.” 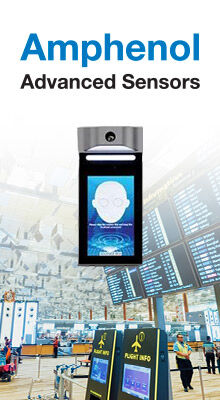