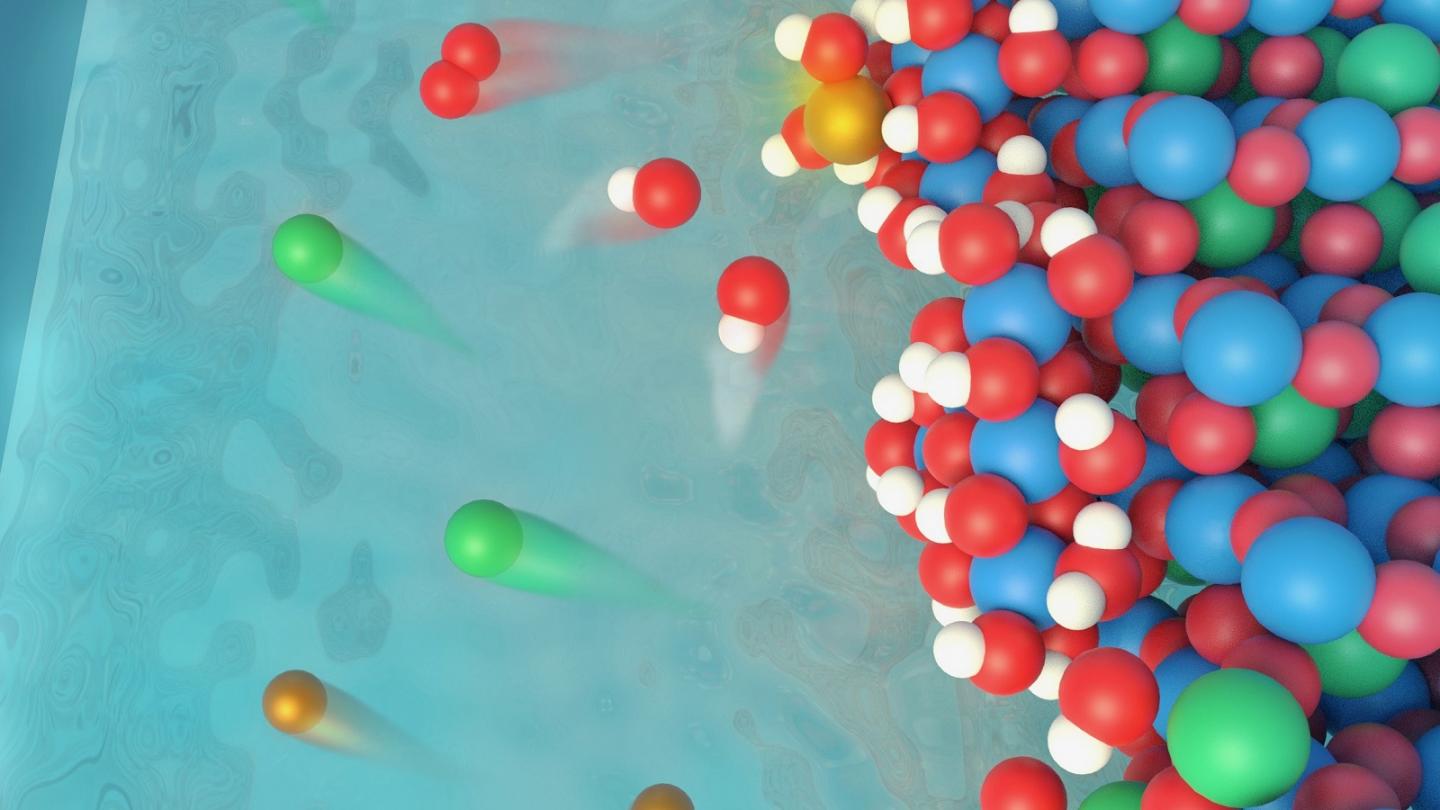 The unique interactions between perovskite oxide, its changing surface layer, and iron species that are active toward the OER paves a new path for the design of active and stable materials, bringing us one step closer to efficient and affordable green hydrogen production.

A clean energy future propelled by hydrogen fuel depends on figuring out how to reliably and efficiently split water. That's because, even though hydrogen is abundant, it must be derived from another substance that contains it -- and today, that substance is often methane gas. Scientists are seeking ways to isolate this energy-carrying element without using fossil fuels. That would pave the way for hydrogen-fueled cars, for example, that emit only water and warm air at the tailpipe.

Water, or H2O, unites hydrogen and oxygen. Hydrogen atoms in the form of molecular hydrogen must be separated out from this compound. That process depends on a key -- but often slow -- step: the oxygen evolution reaction (OER). The OER is what frees up molecular oxygen from water, and controlling this reaction is important not only to hydrogen production but a variety of chemical processes, including ones found in batteries.

"The oxygen evolution reaction is a part of so many processes, so the applicability here is quite broad." -- Pietro Papa Lopes, Argonne assistant scientist

A study led by scientists at the U.S. Department of Energy's (DOE) Argonne National Laboratory illuminates a shape-shifting quality in perovskite oxides, a promising type of material for speeding up the OER. Perovskite oxides encompass a range of compounds that all have a similar crystalline structure. They typically contain an alkaline earth metal or lanthanides such as La and Sr in the A-site, and a transition metal such as Co in the B-site, combined with oxygen in the formula ABO3. The research lends insight that could be used to design new materials not only for making renewable fuels but also storing energy.

Perovskite oxides can bring about the OER, and they are less expensive than precious metals such as iridium or ruthenium that also do the job. But perovskite oxides are not as active (in other words, efficient at accelerating the OER) as these metals, and they tend to slowly degrade.

"Understanding how these materials can be active and stable was a big driving force for us," said Pietro Papa Lopes, an assistant scientist in Argonne's Materials Science division who led the study. "We wanted to explore the relationship between these two properties and how that connects to the properties of the perovskite itself."

Previous research has focused on the bulk properties of perovskite materials and how those relate to the OER activity. The researchers wondered, however, whether there was more to the story. After all, the surface of a material, where it reacts with its surroundings, can be completely different from the rest. Examples like this are everywhere in nature: think of a halved avocado that quickly browns where it meets the air but remains green inside. For perovskite materials, a surface that becomes different from the bulk could have important implications for how we understand their properties.

In water electrolyzer systems, which split water into hydrogen and oxygen, perovskite oxides interact with an electrolyte made of water and special salt species, creating an interface that allows the device to operate. As electrical current is applied, that interface is critical in kicking off the water-splitting process. "The material's surface is the most important aspect of how the oxygen evolution reaction will proceed: How much voltage you need, and how much oxygen and hydrogen you're going to be producing," Lopes said.

Not only is the perovskite oxide's surface different from the rest of the material, it also changes over time. "Once it's in an electrochemical system, the perovskite surface evolves and turns into a thin, amorphous film," Lopes said. "It's never really the same as the material you start with."

The researchers combined theoretical calculations and experiments to determine how the surface of a perovskite material evolves during the OER. To do so with precision, they studied lanthanum cobalt oxide perovskite and tuned it by "doping" the lanthanum with strontium, a more reactive metal. The more strontium was added to the initial material, the faster its surface evolved and became active for the OER -- a process the researchers were able to observe at atomic resolution with transmission electron microscopy. The researchers found that strontium dissolution and oxygen loss from the perovskite were driving the formation of this amorphous surface layer, which was further explained by computational modelling performed using the Center for Nanoscale Materials, a DOE Office of Science User Facility.

"The last missing piece to understand why the perovskites were active towards the OER was to explore the role of small amounts of iron present in the electrolyte," Lopes said. The same group of researchers recently discovered that traces of iron can improve the OER on other amorphous oxide surfaces. Once they determined that a perovskite surface evolves into an amorphous oxide, then it became clear why iron was so important.

The study found that the perovskite oxide's surface evolved into a cobalt-rich amorphous film just a few nanometers thick. When iron was present in the electrolyte, the iron helped accelerate the OER, while the cobalt-rich film had a stabilizing effect on the iron, keeping it active at the surface.

The results suggest new potential strategies for designing perovskite materials -- one can imagine creating a two-layer system, Lopes said, that is even more stable and capable of promoting the OER.

"The OER is a part of so many processes, so the applicability here is quite broad," Lopes said. "Understanding the dynamics of materials and their effect on the surface processes is how we can make energy conversion and storage systems better, more efficient and affordable."

How to Reap the Benefits of Wide-Bandgap Semiconductors in Server Applications: Part 2 of 4

When the Greek God Aeolus Meets the Norse Goddess Skadi! 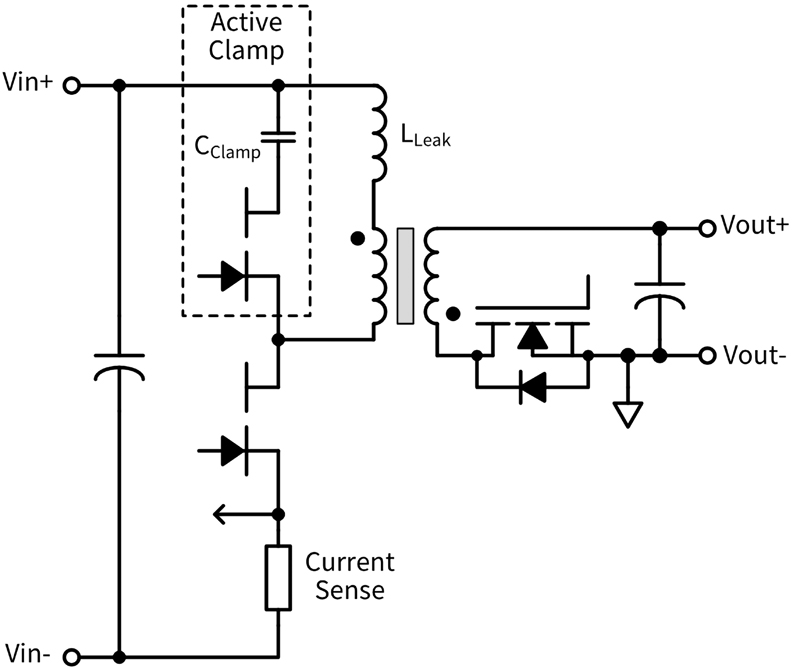 The Next Revolutionary Step for Low Power