Bigger is better in the wind generator market 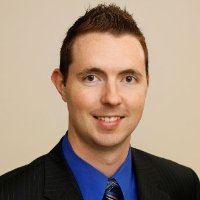 For the foreseeable future, wind turbines, and consequently wind generators, will continue to get bigger and bigger—both in terms of average physical size and in the average output power rating of these machines. The average power rating of a utility scale wind generator was 1.75 megawatts in 2011 and is expected to rise to nearly 2.4 megawatts by 2017, according to a recently released report entitled "The World Market for Wind Generators" from IMS Research, now part of IHS. That may not seem like a large increase, but it equates to roughly 250 more homes per wind generator being supplied with clean renewable power, based on average U.S. electricity consumption rates. With many wind farm projects consisting of more than 100 wind turbines, the relatively minor increases in average output power per turbine can add up rapidly. The number of additional homes potentially supplied by wind power can increase even more in other regions of the world where electricity consumption per household is much lower than in the United States. "Based on the physics principles involved, a relatively small increase in a wind turbine's blade length and the corresponding swept area exponentially expands the amount of wind energy that is captured and then converted to electricity by the generator," said Greg Johnson, generators analyst at IHS. "Therefore, the utility-scale wind generators market continues to move toward generators with higher output power ratings to keep pace with the growing size of wind turbines." One factor that will contribute to the increase in average wind generator output power is the expected rapid growth of the offshore market. While the onshore wind generators market is expected to go through a period of volatility and subdued growth through 2017, the offshore market is forecast to grow quite substantially at a 32.4 percent compound annual growth rate (CAGR) in terms of megawatts shipped over the same period. Offshore wind generators are much larger than their onshore counterparts. The average offshore wind generator had an output power rating of 3.7 megawatts in 2011 and is projected to grow to an astounding 5.4 megawatts by 2017. "The physical size of these electrical machines will also increase considerably as the wind generators market steadily shifts to using more medium and slow speed generators," Johnson said. In order to operate at medium and slow speeds, a wind generator's physical size greatly increases in order to incorporate the large number of magnetic poles required. For example, a standard high-speed wind generator consists of 4 magnetic poles, while a slow-speed, direct-drive generator can have upwards of 50 magnetic poles and a diameter of more than 7 meters. Based on these factors, wind generator suppliers must keep pace with the market demand for bigger wind generators and adjust their manufacturing procedures and facilities accordingly. IHS