Breaking the Symmetry in the Quantum Realm

Author:
University of Science and Technology of China 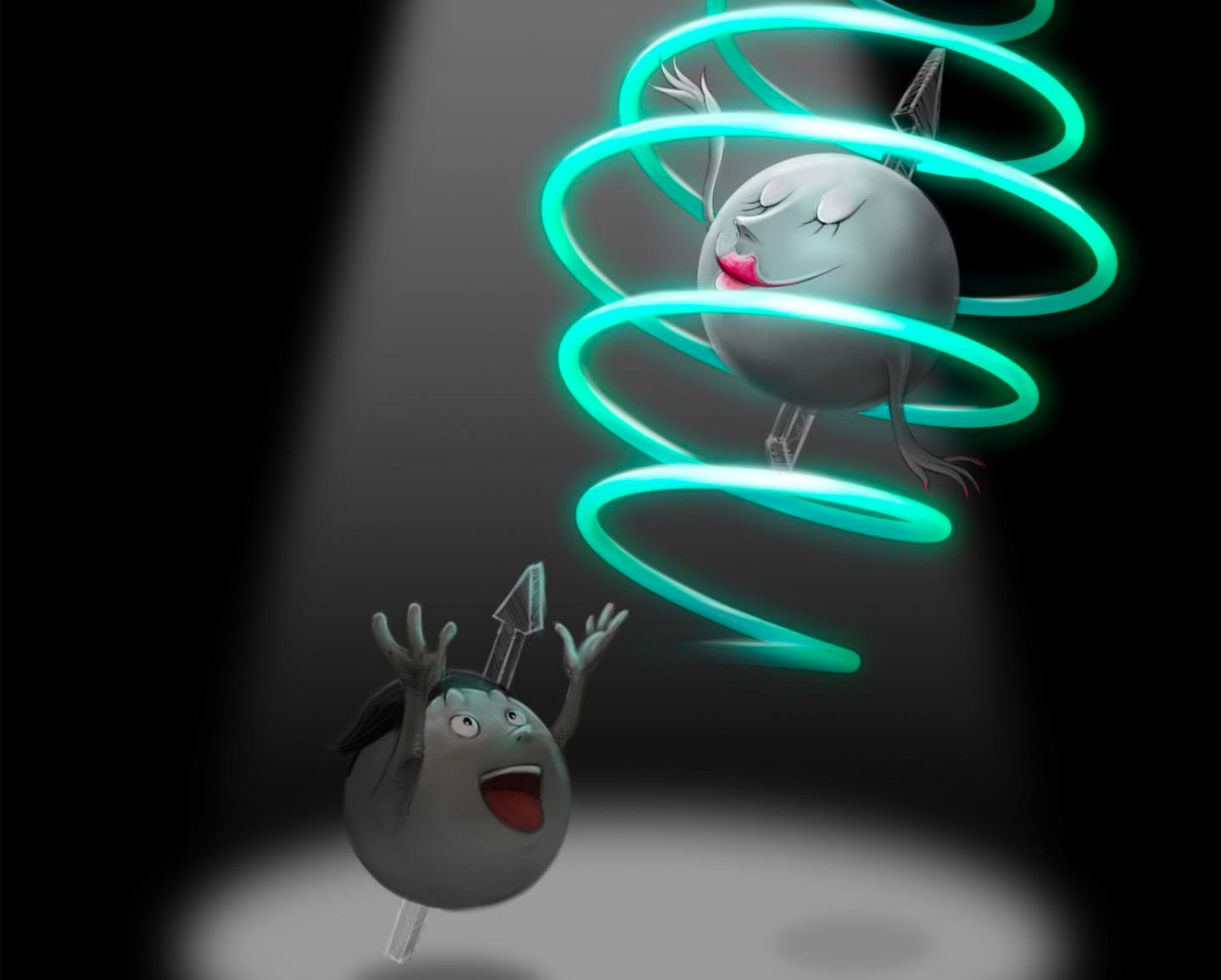 The figure describes the dynamics of two spins as a harmonious couple-dance. Different from a solo-dance of a single spin, the couple-dance would present more unique and charming features, such as parity-time symmetry breaking demonstrated in the work.

For the first time, researchers have observed a break in a single quantum system. The observation--and how they made the observation--has potential implications for physics beyond the standard understanding of how quantum particles interact to produce matter and allow the world to function as we know it.

The researchers published their results on May 31st, in the journal Science.

Called Parity-Time (PT) Symmetry, the mathematical term describes the properties of a quantum system--the evolution of time for a quantum particle, as well as if the particle is even or odd. Whether the particle moves forward or backward in time, the state of oddness or evenness remains the same in the balanced system. When the parity changes, the balance of system -- the symmetry of the system -- breaks.

In order to better understand quantum interactions and develop next-generation devices, researchers must be able to control the symmetry of systems. If they can break the symmetry, they could manipulate the spin state of the quantum particles as they interact, resulting in controlled and predicted outcomes.

"Our work is about that quantum control," said Yang Wu, an author on the paper and a PhD student in the Hefei National Laboratory for Physical Sciences at the Microscale and Department of Modern Physics at the University of Science and Technology of China. Wu is also a member of the Chinese Academy of Sciences Key Laboratory of Microscale Magnetic Resonance.

Wu, his PhD supervisor Rong and colleagues used a nitrogen-vacancy center in a diamond as their platform. The nitrogen atom with an extra electron, surrounded by carbon atoms, creates the perfect capsule to further investigate the PT symmetry of the electron. The electron is a single-spin system, meaning the researchers can manipulate the entire system just by changing the evolution of the electron spin state.

Through what Wu and Rong call a dilation method, the researchers applied a magnetic field to the axis of the nitrogen-vacancy center, pulling the electron into a state of excitability. They then applied oscillating microwave pulses, changing the parity and time direction of the system and causing it to break and decay with time.

"Due to the universality of our dilation method and the highly controllability of our platform, this work paves the way to study experimentally some new physical phenomena related to PT symmetry," Wu said.

Corresponding authors Jiangfeng Du and Xing Rong, professors with the Hefei National Laboratory for Physical Sciences at the Microscale and Department of Modern Physics at the University of Science and Technology of China, were in agreement.

"The information extracted from such dynamics extends and deepens the understanding of quantum physics," said Du, who is also an academician of the Chinese Academy of Sciences. "The work opens the door to the study of exotic physics with non-classical quantum systems."

The other authors include Wenquan Liu, Jianpei Geng, Xingrui Song, Xiangyu Ye, Chang-Kui Duan and Xing Rong. All of the authors are affiliated with the Hefei National Laboratory for Physical Sciences at the Microscale and Department of Modern Physics at the University of Science and Technology of China. Liu, Ye, Duan, Rong and Du are also affiliated with both the University's CAS Key Laboratory of Microscale Magnetic Resonance, and the University's Synergetic Innovation Center of Quantum Information and Quantum Physics.