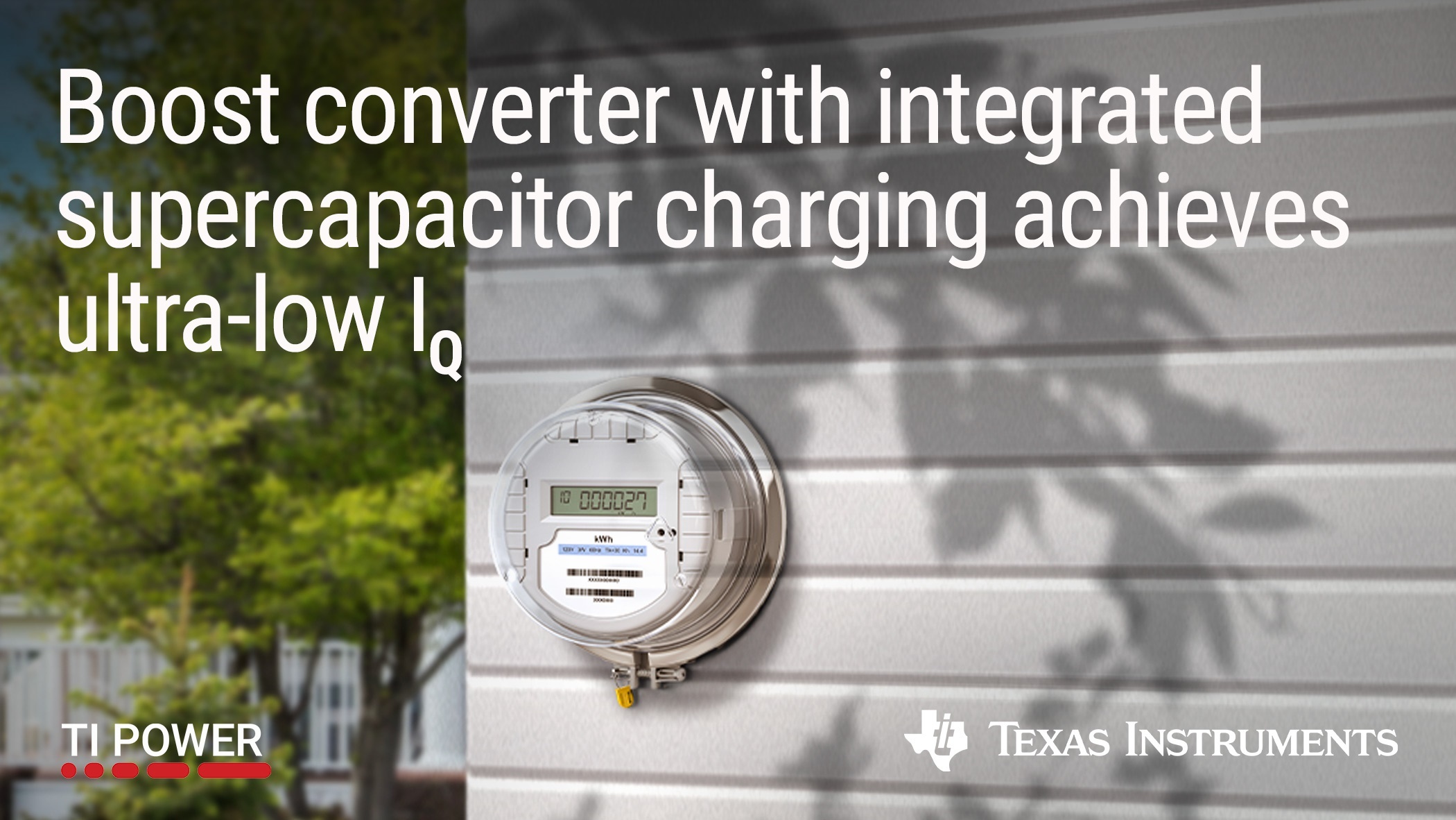 Texas Instruments (TI) introduced a new bidirectional buck/boost converter with an ultra-low quiescent current (IQ) of 60 nA – one-third the IQ of competing boost converters. The TPS61094 buck/boost converter integrates a buck mode for supercapacitor charging while providing ultra-low IQ, enabling engineers to extend battery life by as much as 20% when compared to commonly used hybrid-layer capacitors (HLCs). Supercapacitor charging and discharging helps support peak loads and backup power, which are important for continuous operation in battery-powered industrial applications such as smart meters, smoke detectors and video doorbells, as well as medical applications.

Engineers designing battery-operated systems frequently face a common design challenge: a need to achieve high efficiency at no- or light-load conditions, in the low milliampere or microampere range. This requires power supplies to regulate their output while maintaining ultra-low supply current in the nanoampere range. The TPS61094 combines two key benefits that previously were trade-offs, the design simplicity of using an integrated buck/boost converter and the extended battery life enabled by high output current and low IQ.

Today’s lithium thionyl chloride (Li/SOCl₂) battery-based designs often manage peak load with HLCs that are expensive, and not optimal for controlling charge current. The TPS61094’s combined low IQ of 60 nA and supercapacitor charging and discharging enable engineers to replace HLCs with supercapacitors for peak load support and to extend battery life as much as 20% in applications that must run on a single battery for 10 years or more.

Similarly, the TPS61094 can provide backup power in applications that require safe power-down or last-gasp communication during a power outage.

Deliver twice the output current with the industry’s lowest IQ

In addition to extending battery life, the industry’s lowest-IQ buck/boost converter has a 2-A inductor current limit in boost operation. Therefore, the TPS61094 doubles the output current of competitive boost converters.

Reduce component count by up to 50% and simplify designs

Typical industrial applications such as smart meters require several power components for backup power features or peak load support. Integrating a buck charger and a boost converter into a single IC removes the need for a discrete buck charger, inductor and two external capacitors, which can reduce component count by 50% and free up board space.

Additionally, the integration of the buck charger and boost converter on the TPS61094 allows design engineers to easily control the handshake between all functions, delivering a more seamless transition between operating modes.

For more information, see this site.