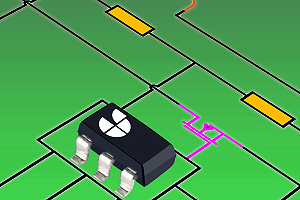 CamSemi has been named as one of the UK's fastest-growing private technology companies in the latest Sunday Times Hiscox Tech Track 100 report. The company lists in 29th position in the 12th annual league table that ranks UK businesses on the basis of average annual sales growth over the last three financial years. The company posted an average annual growth of 85% in the period 2009 to 2011, which makes it the fastest-growing merchant-market semiconductor company in the report and puts it ahead of the five other East of England technology businesses featured in this year's report. CamSemi's latest product offering is the C2183 low-cost flyback controller for offline applications above 8 W. It's new PSS (primary-side sensing) controller offers a significant reduction in system cost and component counts for higher power applications, as well as excellent light load and standby efficiency performance. C2183 is well suited for universal input charger and adapter applications such as SOHO switches, routers and other networking products rated above 8 Watts that require high performance voltage and current regulation. Other target applications include media tablets, set-top boxes, and power tools. The device enables manufacturers to meet 50% reduction in product standby power consumptions required by EC1275/2008 tier two - as well as any increased efficiency requirements potentially resulting from the US DoE's current rule making review - but with system-level costs that are lower than all current competitive products. C2183 could be the agency to keep CamSemi in the next top Tech Track. CamSemi More about the C2183 PSS Flyback Controller from Power Systems Design