Can the Internet of Things drive adoption of energy harvesters? 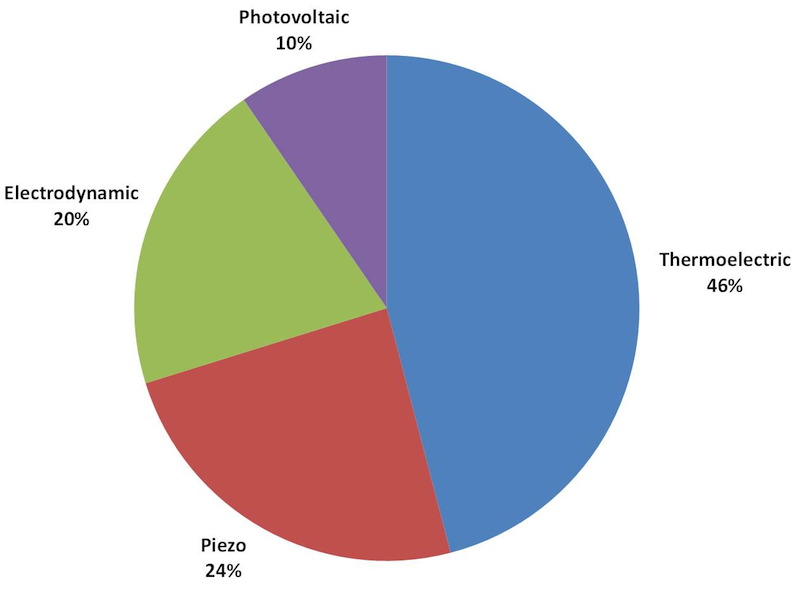 The Internet of Things adds connectivity to things. It is a broad term referring to applications as diverse as internet connected vehicles to consumer electronics such as smart phones. However, the edge of the Internet of Things network will consist of simpler sensors and wireless devices that provide, among other things, the identification of objects, sensing, control and automation. The simplest, passive RF devices, with relatively short range, will potentially be the highest volume of all devices and come in at the lowest price points. Adding power to these devices enables more functionality such as sensing, mesh networking and automated control.

However, the return on investment of many wireless sensors in different applications is dependent in part on the lifetime of the device - which is most usually a function of the battery lifetime. A device lasting ten years versus two has a dramatic change on the ROI calculation, particularly if these sensors are embedded in devices adding significant labour cost for battery replenishment.

This is where energy harvesters can help, however, there are several challenges moving these to market. The first is buyers buying on cost for the short term. The cost of a primary battery is less than that of an energy harvester and associated interfacing electronics. Over the life of the energy harvested powered device the energy harvester version may be cheaper, but buyers may be incentivised by low upfront cost without taking into account the long term costs. Then there are batteries which last for longer periods of time, particularly as the energy requirements of circuitry falls. However, these batteries usually command a premium price.

What is needed?
Some of these issues can be addressed in a few ways. Lack of end user knowledge about the capabilities of energy harvesting technologies and cost over time have to be addressed. There is a need for clear case studies of energy harvesting powered wireless sensors, showing payback versus others. End users are more likely to adopt the technology if it is proven rather than powerpoint.

Case studies and end user needs and requirements are a critical element of this year's Energy Harvesting& Storage Europe conference, hosted by IDTechEx in Berlin on April 1-2. The event is co-located for the first time with the Internet of Things conference, allowing organizations in each sector to meet. Companies such as Arup, ABB, GE and Bosch will provide market and case study insight. For more information, and to book early for the best rates, see www.EnergyHarvestingEurope.com. Attendees to Energy Harvesting & Storage Europe can attend the Internet of Things conference sessions as part of their ticket.