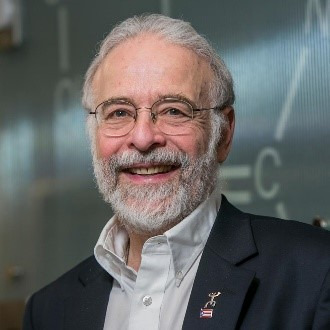 Héctor D. Abruña, professor in the Department of Chemistry at Cornell

Hydrogen fuel cells—which can efficiently power cars, generators, and even spacecraft with minimal greenhouse gas emissions—are promising, renewable alternatives to combustion engines and other polluting forms of power. But fuel cells remain prohibitively expensive, because they rely upon platinum and other precious metals to keep their electrochemical reactions running efficiently.

Cornell University chemists have now discovered a class of nonprecious metal derivatives that can catalyze fuel cell reactions about as well as platinum, at a fraction of the cost.

“These less expensive metals will enable wider deployment of hydrogen fuel cells,” said Héctor D. Abruña, professor in the Department of Chemistry at Cornell. “They will push us away from fossil fuels and toward renewable energy sources.”

The team’s findings were published in the journal Science Advances.

Hydrogen fuel cells convert hydrogen directly into electricity with only water and a small amount of heat as byproducts. A critical part of the fuel cell is the oxygen reduction reaction (ORR), an infamously sluggish process that is traditionally sped up by platinum and other precious metals. But platinum can be prohibitively expensive.

More forgiving alkaline fuel cells have gained prominence, raising the possibility that less expensive metals, once ruled out for their vulnerability to acidic environments, might replace platinum in these gentler, next-generation fuel cells. Abruña and his team set out to engineer an inexpensive material, fit for an alkaline fuel cell, that would conduct electricity and catalyze the ORR reaction just as efficiently as platinum.

The cobalt nitride catalyst was “the clear winner,” Abruña said, with near identical efficiency to platinum while costing 475 times less as of Feb. 2.

Those savings may help finally brings hydrogen fuel cells out of the laboratory and into the mainstream. If affordable, fuel cells could replace combustion engines and car batteries with a sustainable alternative that, fed a steady diet of hydrogen, never needs to recharge and wastes as little as 10% of the energy that goes into making it run. By comparison, a typical car engine wastes about 75% of its energy.

“Hydrogen fuel cells are enormously powerful, enabling you to run at an efficiency that simply does not exist for more traditional engines,” Abruña said. “People recognize that fuel cells are the way to go. The trick is designing stable and affordable catalysts that make it all possible.”

Funding for this research was provided in part by the Center for Alkaline Based Energy Solutions, an Energy Frontier Research Center supported by the U.S. Department of Energy.