Two maps compare total annual sulfur dioxide amounts for India and China during 2005 (left) and 2016 based on Ozone Monitoring Instrument measurements. Purple depicts the highest concentrations while white depicts the lowest. Note the decrease in size of the purple region over northeastern China.

Sulfur dioxide is an air pollutant that causes acid rain, haze and many health-related problems. It is produced predominantly when coal is burned to generate electricity.

Although China and India remain the world's largest consumers of coal, a new University of Maryland-led study found that China's sulfur dioxide emissions fell by 75 percent since 2007, while India's emissions increased by 50 percent. The results suggest that India is becoming, if it is not already, the world's top sulfur dioxide emitter.

"The rapid decrease of sulfur dioxide emissions in China far exceeds expectations and projections," said Can Li, an associate research scientist in UMD's Earth System Science Interdisciplinary Center and first author on the study. "This suggests that China is implementing sulfur dioxide controls beyond what climate modelers have taken into account."

The study was published in the journal Scientific Reports on November 9, 2017.

Starting in the early 2000s, China began implementing policies such as fining polluters, setting emission reduction goals and lowering emissions limits. According to the results of the current study, these efforts are paying off.

"Sulfur dioxide levels in China declined dramatically even though coal usage increased by approximately 50 percent and electricity generation grew by over 100 percent," explained Li, who is also a research associate at NASA's Goddard Space Flight Center. "This suggests that much of the reduction is coming from controlling emissions."

Despite China's 75 percent drop in sulfur dioxide emissions, recent work by other scientists has shown that the country's air quality remains poor and continues to cause significant health problems. This may be because sulfur dioxide contributes to only approximately 10 to 20 percent of the air particles that cause haze, according to Li.

"If China wants to bring blue skies back to Beijing, the country needs to also control other air pollutants," Li said.

By contrast, India's sulfur dioxide emissions increased by 50 percent over the past decade. The country opened its largest coal-fired power plant in 2012 and has yet to implement emission controls like China.

"Right now, India's increased sulfur dioxide emissions are not causing as many health or haze problems as they do in China because the largest emission sources are not in the most densely populated area of India," Li said. "However, as demand for electricity grows in India, the impact may worsen."

To generate an accurate profile of emissions over India and China for the current study, the researchers combined emissions data generated by two different methods.

First, the researchers collected estimated emission amounts from inventories of the number of factories, power plants, automobiles and other contributors to sulfur dioxide emissions. These inventories, while important data sources, are often incomplete, outdated or otherwise inaccurate in developing countries. They also cannot account for changing conditions or unforeseen policies.

The researchers' second data source was the Ozone Monitoring Instrument (OMI) on NASA's Aura satellite, which detects a variety of atmospheric pollutants including sulfur dioxide. While OMI can collect up-to-date information and spot emission sources missing from the inventories, it can only detect relatively large emission sources. In addition, clouds or other atmospheric conditions can interfere with its measurements.

To overcome these challenges, the UMD and NASA scientists collaborated with researchers from Environment and Climate Change Canada to develop better algorithms to quantify emissions based on OMI data. In addition, UMD Department of Atmospheric and Oceanic Science Professors Russell Dickerson and Zhanqing Li, co-authors of the paper, used a weather aircraft to measure the concentrations of sulfur dioxide and other air pollutants over one of the most polluted regions in China. By comparing these measurements with OMI data, the researchers verified the satellite measurements.

By combining the OMI and inventory data, the researchers generated a more accurate estimate than either data source alone. Previously published studies, which relied on inventory data and published policies, projected that China's sulfur dioxide emissions would not fall to current levels until 2030 at the earliest.

"Those studies did not reflect the true situation on the ground," said Li, who is also a member of the U.S. OMI Science Team. "Our study highlights the importance of using satellite measurements to study air quality, especially in regions where conditions may change rapidly and unexpectedly." 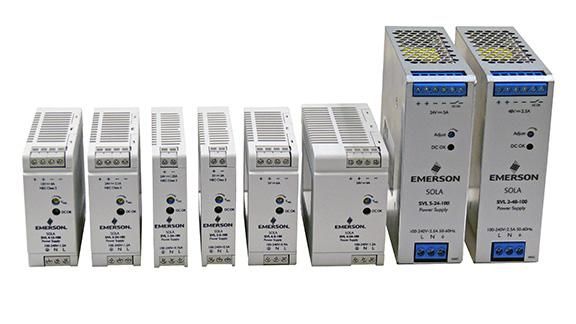