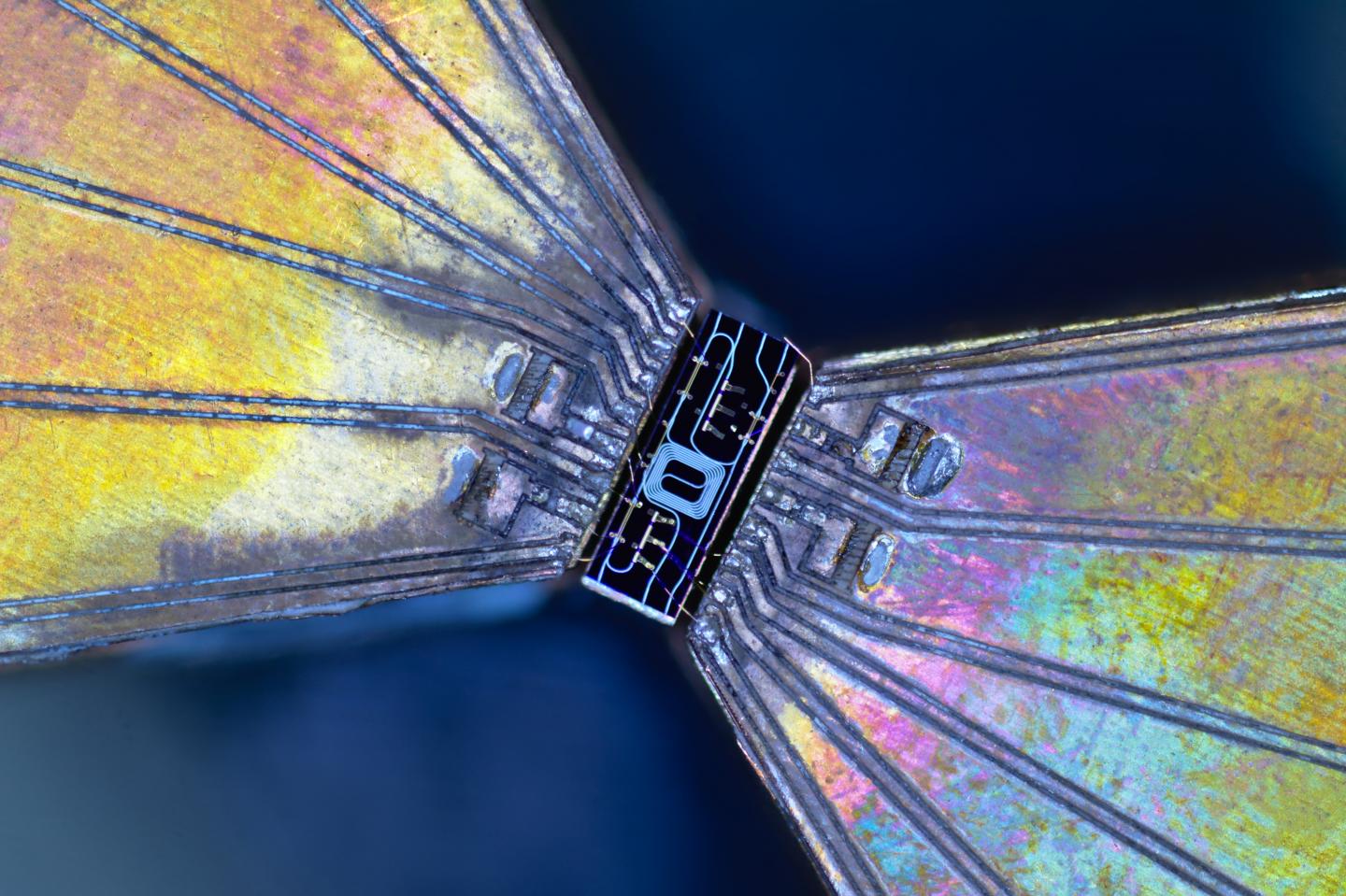 Advances in computing technology will soon leave today's methods for encrypting online data vulnerable to eavesdropping. Quantum key distribution offers impenetrable encryption by using the quantum properties of light to generate secure random keys between users for encrypting and decrypting their online data. Although quantum key distribution is compatible with most fiber-optic networks, more robust and less expensive devices are needed to carry out this encryption method outside the lab.

In Optica, The Optical Society's (OSA) journal for high-impact research, the researchers report that secure quantum key exchange can be accomplished between two chip-based devices -- measuring just 6 x 2 millimeters -- potentially over a fiber network with links up to 200 kilometers long.

"Chip-based devices significantly reduce the barrier for widespread uptake of quantum-secured communication by providing a robust, mass-manufacturable platform," said research team leader Henry Semenenko from the University of Bristol, UK. "In the future, these devices will form part of a standard household connection to the internet that keeps our data secure regardless of advances in computing technology."

The new quantum key distribution devices are based on the same semiconductor technology found in every smartphone and computer. Instead of wires to guide electricity, they contain highly complex circuits that control the weak photonic signals of light necessary for quantum key distribution. Nanoscale components in the chips make it possible to drastically reduce the size and power consumption of quantum communication systems while maintaining high-speed performance vital for modern networks.

"With its densely packed optical components, our chip-based platform offers a level of precise control and complexity not achievable with alternatives," said Semenenko. "It will allow users to access a secure network with a cost-effective device the same size as the routers we use today to access the internet."

The researchers designed the new platform to facilitate citywide networks and drastically reduce the number of connections required between users.

The researchers demonstrated their new chip-based devices with a proof of principle experiment in which they emulated a 200-kilometer fiber network at the University of Bristol Quantum Engineering Technology Labs. Using two independent chip devices, they showed that error rates and speed were comparable to state-of-the-art, commercial components.

"We showed that these chip-based devices can be used to produce quantum effects even when photons were generated by different devices," said Semenenko. "This is vital for quantum networks where each user will control their own devices that are distributed around a city."

The researchers plan to make the system more practical by developing application-specific hardware. They will then use the fiber-optic network in place around the city of Bristol to create a demonstration metropolitan network with many users.