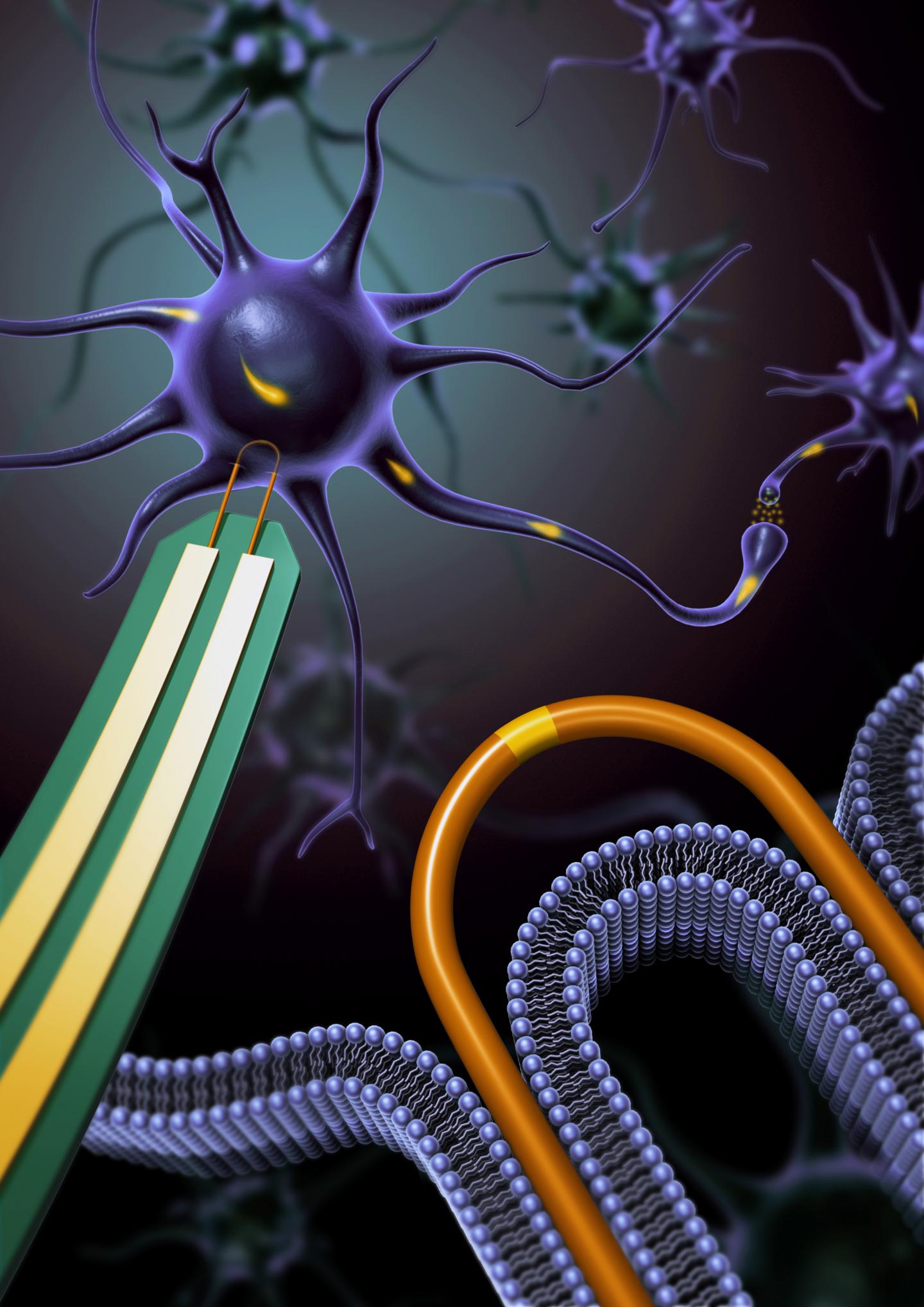 U-shaped nanowires can record electrical chatter inside a brain or heart cell without causing any damage. The devices are 100 times smaller than their biggest competitors, which kill a cell after recording.

Machines are getting cozy with our cells. Embeddable sensors record how and when neurons fire; electrodes spark heart cells to beat or brain cells to fire; neuron-like devices could even encourage faster regrowth after implantation in the brain.

Soon, so-called brain-machine interfaces could do even more: monitor and treat symptoms of neurological disorders like Parkinson's disease, provide a blueprint to design artificial intelligence, or even enable brain-to-brain communication.

To achieve the reachable and the quixotic, devices need a way to literally dive deeper into our cells to perform reconnaissance. The more we know about how neurons work, the more we can emulate, replicate, and treat them with our machines.

Now, in a paper published in Nature Nanotechnology, Charles M. Lieber, the Joshua and Beth Friedman University Professor, presents an update to his original nanoscale devices for intracellular recording, the first nanotechnology developed to record electrical chatter inside a live cell. Nine years later, Lieber and his team have designed a way to make thousands of these devices at once, creating a nanoscale army that could speed efforts to find out what's happening inside our cells.

Prior to Lieber's work, similar devices faced a Goldilocks conundrum: Too big, and they would record internal signals but kill the cell. Too small, and they failed to cross the cell's membrane--recordings ended up noisy and imprecise.

Lieber's new nanowires were just right. Designed and reported in 2010, the originals had a nanoscale "V" shaped tip with a transistor at the bottom of the "V." This design could pierce cell membranes and send accurate data back to the team without destroying the cell.

But there was a problem. The silicon nanowires are far longer than they are wide, making them wobbly and hard to wrangle. "They're as flexible as cooked noodles," says Anqi Zhuang, a graduate student in the Lieber Lab and one of the authors on the team's latest work.

To create the original devices, lab members had to ensnare one nanowire noodle at a time, find each arm of the "V," and then weave the wires into the recording device. A couple devices took 2 to 3 weeks to make. "It was very tedious work," says Zhuang.

But nanowires are not made one at a time; they're made en masse like the very things they resemble: cooked spaghetti. Using the nanocluster catalyzed vapor-liquid-solid method, which Lieber used to create the first nanowires, the team builds an environment where the wires can germinate on their own. They can pre-determine each wire's diameter and length but not how the wires are positioned once ready. Even though they grow thousands or even millions of nanowires at a time, the end result is a mess of invisible spaghetti.

To untangle the mess, Lieber and his team designed a trap for their loose cooked noodles: They make U-shaped trenches on a silicon wafer and then comb the nanowires across the surface. This "combing" process untangles the mess and deposits each nanowire into a neat U-shaped hole. Then, each "U" curve gets a tiny transistor, similar to the bottom of their "V" shaped devices.

With the "combing" method, Lieber and his team complete hundreds of nanowire devices in the same amount of time they used to make just a couple. "Because they're very well-aligned, they're very easy to control," Zhang says.

So far, Zhang and her colleagues have used the "U" shaped nanoscale devices to record intracellular signals in both neural and cardiac cells in cultures. Coated with a substance that mimics the feel of a cell membrane, the nanowires can cross this barrier with minimal effort or damage to the cell. And, they can record intracellular chatter with the same level of precision as their biggest competitor: patch clamp electrodes.

Patch clamp electrodes are about 100 times bigger than nanowires. As the name suggests, the tool clamps down on a cell's membrane, causing irreversible damage. The patch clamp electrode can capture stable recording of the electrical signals inside the cells. But, Zhang says, "after recording, the cell dies."

The Lieber team's "U" shaped nanoscale devices are friendlier to their cell hosts. "They can be inserted into multiple cells in parallel without causing damage," Zhang says.

Right now, the devices are so gentle that the cell membrane nudges them out after about 10 minutes of recording. To extend this window with their next design, the team might add a bit of biochemical glue to the tip or roughen the edges so the wire catches against the membrane.

The nanoscale devices have another advantage over the patch clamp: They can record more cells in parallel. With the clamps, researchers can collect just a few cell recordings at a time. For this study, Zhang recorded up to ten cells at once. "Potentially, that can be much greater," she says. The more cells they can record at a time, the more they can see how networks of cells interact with each other as they do in living creatures.

In the process of scaling their nanowire design, the team also happened to confirm a long-standing theory, called the curvature hypothesis. After Lieber invented the first nanowires, researchers speculated that the width of a nanowire's tip (the bottom of the "V" or "U") can affect a cell's response to the wire. For this study, the team experimented with multiple "U" curves and transistor sizes. The results confirmed the original hypothesis: Cells like a narrow tip and a small transistor.

"The beauty of science to many, ourselves included, is having such challenges to drive hypotheses and future work," Lieber says. With the scalability challenge behind them, the team hopes to capture even more precise recordings, perhaps within subcellular structures, and record cells in living creatures.

But for Lieber, one brain-machine challenge is more enticing than all others: "bringing cyborgs to reality." 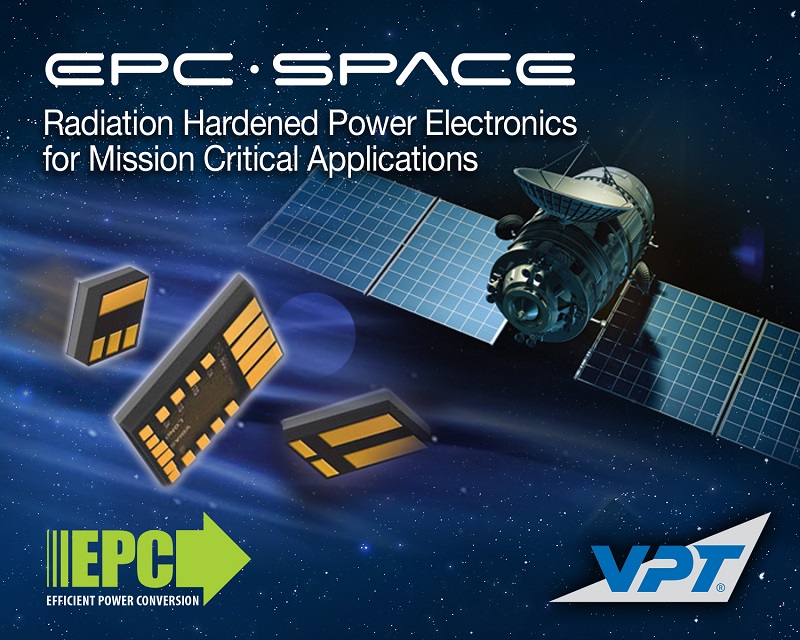