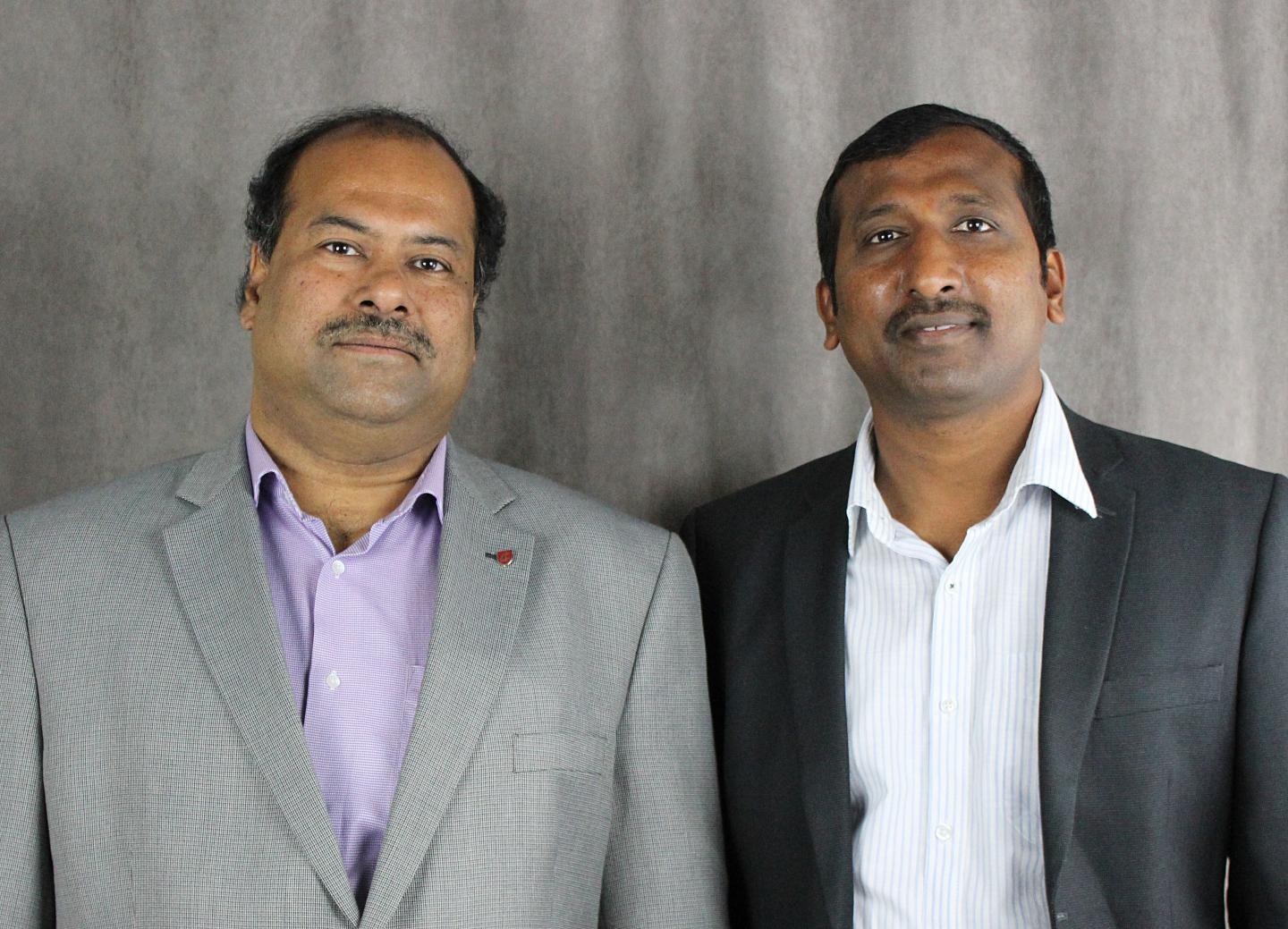 This is Partha Pande, Boeing Centennial Chair, left, and Janardhan Rao Doppa, assistant professor in the School of Electrical Engineering and Computer Science.

The researchers found they could damage the on-chip communications system and shorten the lifetime of the whole computer chip significantly by deliberately adding malicious workload.

Led by Partha Pande, assistant professor in the School of Electrical Engineering and Computer Science, they reported on the work during the recent 2018 IEEE/ACM International Symposium on Networks-on-Chip.

Researchers have been working to understand the vulnerabilities of computer chips as a way to prevent malicious attacks on the electronics that make up everyday life. Some consumer electronics vendors, such as Apple and Samsung, have been accused of exploiting vulnerabilities in their own electronics and sending software updates that intentionally slow down earlier phone models to encourage consumers to purchase new products.

Previous researchers have studied computer chip components, such as the processors, computer memory and circuits for security vulnerabilities, but the WSU research team found significant vulnerabilities in the sophisticated communications backbone of high-performance computer chips.

"The communications system is the glue that holds everything together," said Pande. "When it starts to malfunction, the whole system is going to crumble."

The researchers devised three "craftily constructed deleterious" attacks to test the communications system. This additional workload enhanced electromigration-induced stress and crosstalk noise. The researchers found that a limited number of crucial vertical links of the communication system were particularly vulnerable to fail. Those links connect the processors in a stack and allows them to talk with each other.

"We determined how an agent can target the communication system to start malfunctions in the chip," said Pande. "The role of the communications and the threat had not been clear to the research community before."

The researchers will now be working to develop ways to mitigate the problem, such as automated techniques and algorithms to detect and thwart attacks.