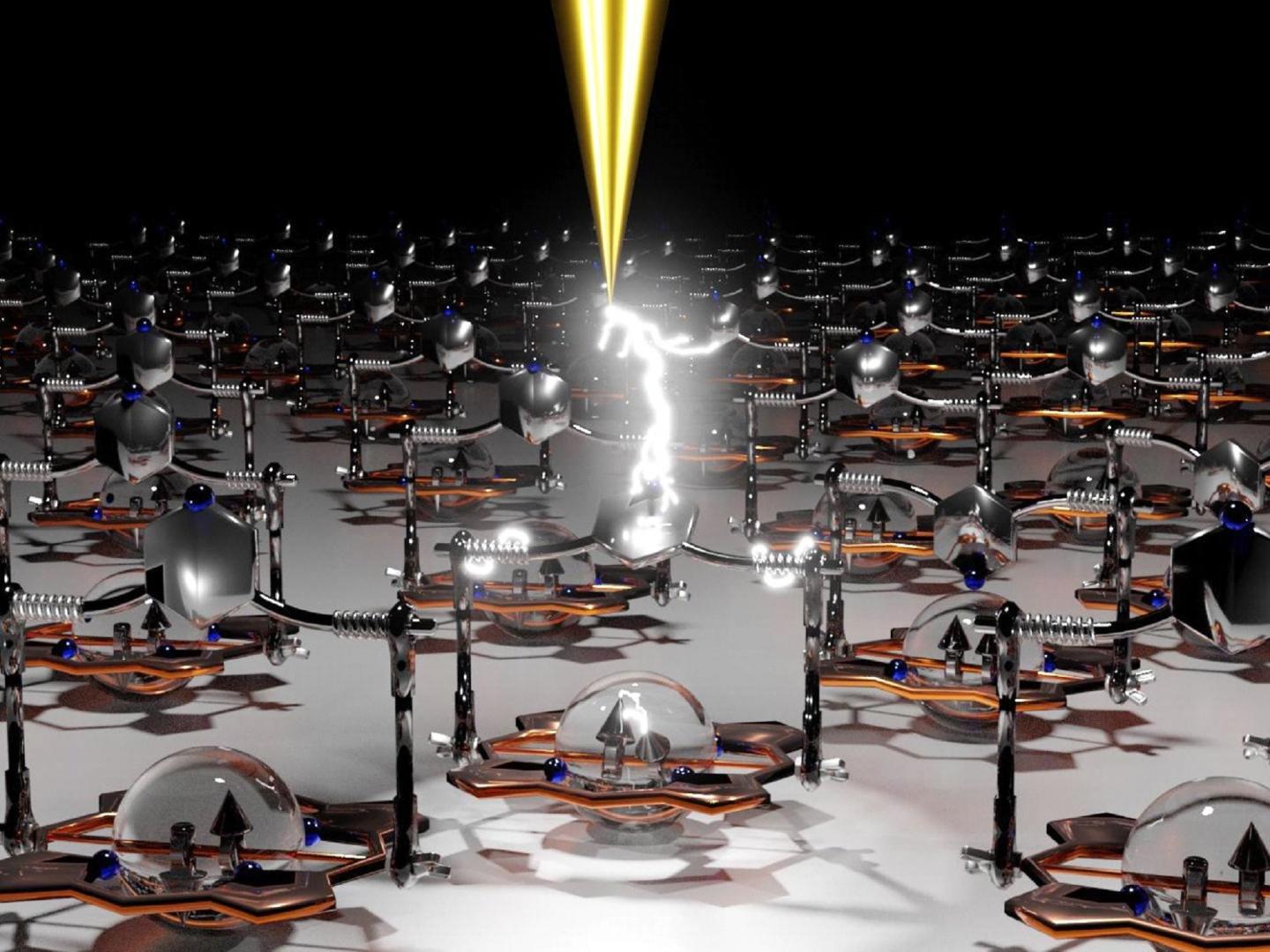 Each molecule can be separately addressed with a scanning tunneling microscope and switched between the states by applying a positive or negative voltage.

Spintronics or spin electronics in contrast to conventional electronics uses the spin of electrons for sensing, information storage, transport, and processing. Potential advantages are nonvolatility, increased data processing speed, decreased electric power consumption, and higher integration densities compared to conventional semiconductor devices. Molecular spintronics aims for the ultimate step towards miniaturization of spintronics by striving to actively control the spin states of individual molecules. Chemists and physicists at Kiel University joined forces with colleagues from France, and Switzerland to design, deposit and operate single molecular spin switches on surfaces. The newly developed molecules feature stable spin states and do not lose their functionality upon adsorption on surfaces. They present their results in the current issue of the renowned journal Nature Nanotechnology.

The spin states of the new compounds are stable for at least several days. "This is achieved by a design trick that resembles the fundamental electronic circuits in computers, the so-called flip-flops. Bistability or switching between 0 and 1 is realized by looping the output signal back to the input", says experimental physicist Dr. Manuel Gruber from Kiel University. The new molecules have three properties that are coupled with each other in such a feedback loop: their shape (planar or flat), the proximity of two subunits, called coordination (yes or no), and the spin state (high-spin or low-spin). Thus, the molecules are locked either in one or the other state. Upon sublimation and deposition on a silver surface, the switches self-assemble into highly ordered arrays. Each molecule in such an array can be separately addressed with a scanning tunneling microscope and switched between the states by applying a positive or negative voltage.

„Our new spin switch realizes in just one molecule what takes several components like transistors and resistors in conventional electronics. That's a big step towards further miniaturisation", Dr. Manuel Gruber und organic chemist Prof. Dr. Rainer Herges explain. The next step will be to increase the complexity of the compounds to implement more sophisticated operations.

Molecules are the smallest constructions that can be designed and built with atomic precision and predictable properties. Their response to electrical or optical stimuli and their custom-designed chemical and physical functionality make them unique candidates to develop new classes of devices such as controllable surface catalysts or optical devices.