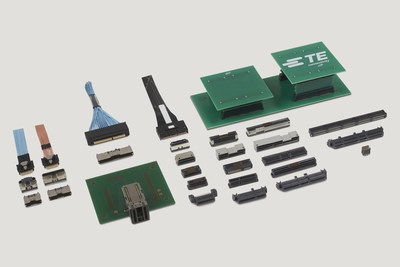 HARRISBURG, Pa. -- TE Connectivity (TE) announced its new Sliver card edge connectors have been adopted as the standard connector design into the SNIA (Storage Networking Industry Association) Small Form Factor Technology Work Group's SFF-TA-1002 specification and are the highest-performing card edge connectors in the standard. TE's industry-leading SFF-TA-1002 compliant connectors are protocol-agnostic, multi-lane connectors that are useful for designers who want to support the high speeds and density of next-generation silicon. The power connectors within the new Sliver card edge portfolio enable high power to riser cards and hardware accelerators. They minimize the need for cables to power riser cards, increasing airflow through the enclosure and enabling ease of design.