City of Pittsburgh, Pitt and Danish government announce agreement to collaborate on energy planning and research 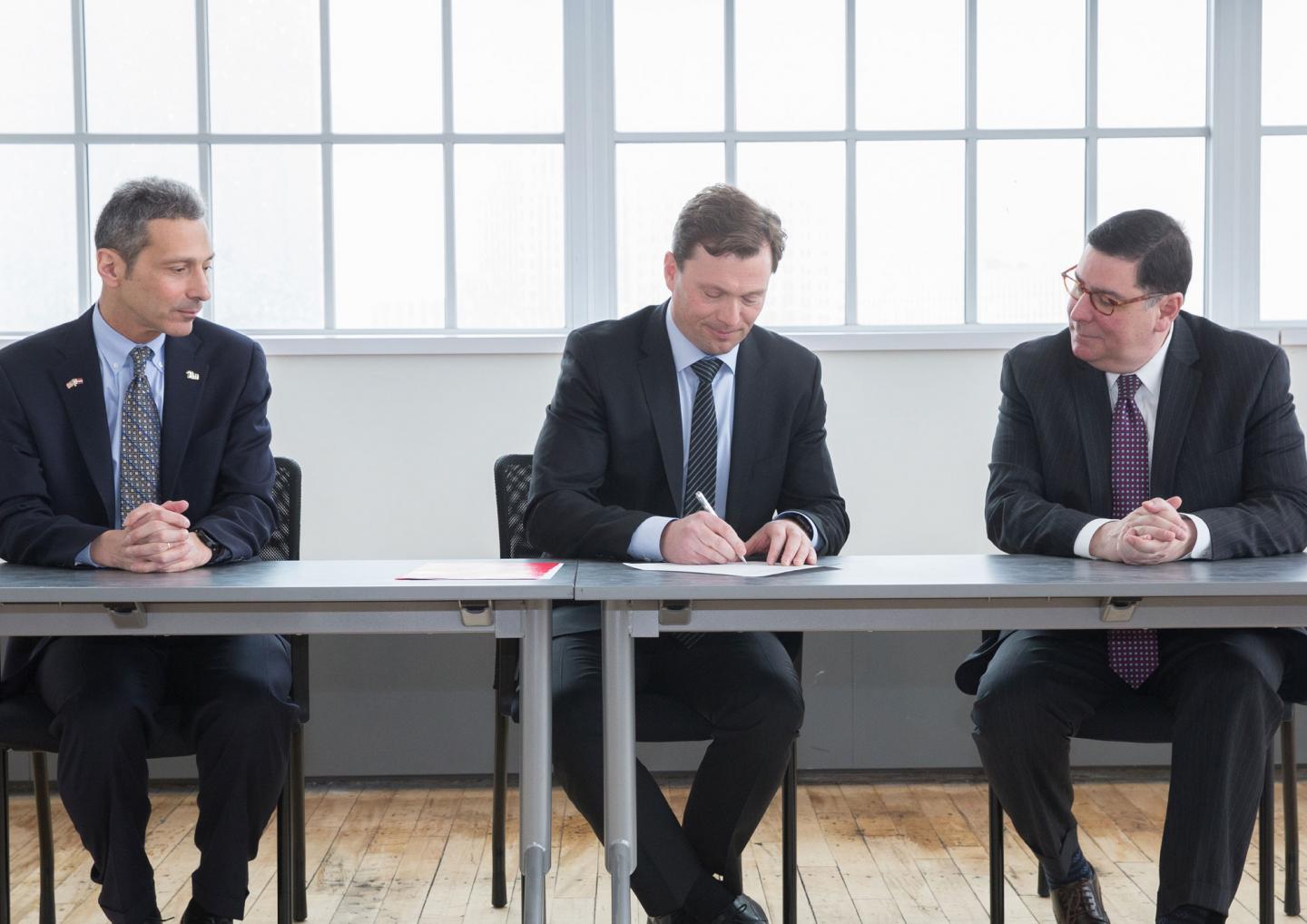 PITTSBURGH ... The City of Pittsburgh enjoyed three "renaissance" periods in the 20th century that transformed its environment, architecture, and quality of life. Following that legacy of innovation, a new working group announced today seeks to create an energy renaissance for Pittsburgh in the 21st century.

The University of Pittsburgh and the Danish Energy Agency are joining forces to collaborate on designing and demonstrating smart energy systems in the City of Pittsburgh. The partnership will focus on:

1The Danish government is globally recognized for its energy leadership, whose objectives include creating security of energy supply, reducing greenhouse gas emissions, and whilst furthering economic development. Through these initiatives, Denmark expects to be the first country in the world to be independent of fossil fuels by 2050, yet is simultaneously attracting technology companies interested in building power-dense data centers like Facebook, Google, and Apple by virtue of Denmark's clean energy.

Pittsburgh is the first city the government chooses to collaborate with under this program in the United States, and will join the DEA in celebrating and discussing energy and innovation. The Danish ambassador to the US, Lars Gert Lose, is optimistic about the possible outcomes of the cooperation.

"Denmark is proud to work with an American city undergoing such rapid change. I hope this cooperation can help Pittsburgh replicate the clean energy initiatives we have established in Denmark, and create economic growth that supports sustainability and resiliency."

In its agreement with the University of Pittsburgh, the Danish Energy Agency will develop workshops for regional entities from the public and private sectors, as well as a familiarization tour for stakeholders to experience successful energy initiatives in Denmark.

"Large-scale energy projects are logistically challenging for American cities like Pittsburgh, which unlike peer cities and countries in Europe, lack an overarching environmental- or energy-specific entity that both regulates and finances such ventures," explained Rebecca Bagley, Vice Chancellor for Economic Partnerships at Pitt. "But in partnership with the Danish Energy Agency (DEA) and Danish utilities, we can develop a roadmap toward next-generation energy leadership and infrastructure priorities for Pittsburgh to benefit residents, businesses, government entities and utilities."

The University will provide faculty expertise through its Center for Energy, housed in the Swanson School of Engineering, and the Energy Grid Research and Infrastructure Development (GRID) Institute. "This melding of international expertise across diverse energy sectors will help to advance a new "smart cities" concept for Pittsburgh, one based in philosophical experience yet backed up by hard data," noted Gregory Reed, director of the Center for Energy and the Energy GRID Institute. "In the end, we hope that this endeavor will not only benefit Pittsburgh's energy renaissance, but provide a baseline for other American cities to follow."

"Like our past city renaissances, Pittsburgh has benefited tremendously from strong public-private partnerships that can see past the red tape and politics to develop transformative change," noted Pittsburgh Mayor Bill Peduto.

"Pittsburgh already has a head start with the creation of the District Energy Initiative to address Pittsburgh's challenge of creating 21st century energy systems," the Mayor added. "But now by collaborating with Denmark, we can combine their international success with our own domestic expertise and establish more sustainable energy policies that help reduce our carbon footprint, and at the same time, increase the affordability and accessibility of our energy supplies here in Pittsburgh. Together we will show combining energy and environmental planning can provide a win-win for the economy."