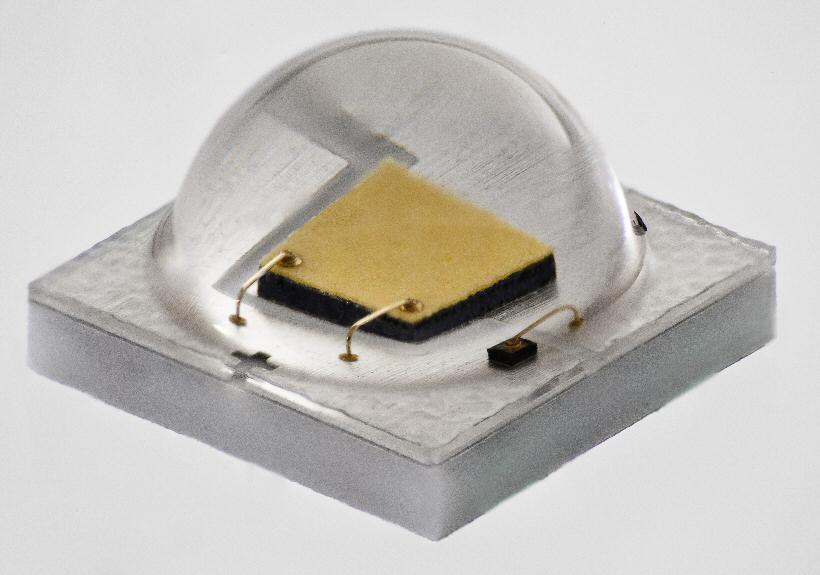 Cree has introduced the new XP-E2 LED, delivering higher lumens per Watt and lumens-per-dollar to lower system costs for existing XP-E and XP-G designs. The new XP-E2 LEDs can increase the lumen output of XP-E designs for the same cost and power or lower system cost with fewer LEDs—enabling lighting manufacturers to deliver a better lighting system with minimal redesign. "The price to performance ratio is an important consideration for our design process," said Erik Milz, vice president of marketing, Terralux. "Since many of our products are based on Cree XP-E LEDs, the new XP-E2 LED is a significant upgrade in performance, helping to keep design costs down and speeding time-to-market." The XP-E2 LEDs use the same XP footprint (3.45 x 3.45 mm) and are optically compatible with all XP LED designs, including the popular XP-E and XP-G LEDs. The XP-E2 LEDs also enable a broad range of high-lumen applications, from indoor and outdoor lighting to portable and lamp retrofits. The XP-E2 LEDs deliver up to 128 lumens per watt at 350 mA, 85 °C or 143 lumens per watt at 350 mA, 25 °C in cool white (6000 K). The XP-E2 is built with Cree's advanced silicon-carbide technology, features advancements in LED chip architecture and phosphor, and showcases a new package. Luminaire makers seeking ENERGY STAR qualification will have access to specification and performance data, including LM-80 reports, which can speed time-to-market. XP-E2 LEDs are a successor product to the original XP-E LED for LM-80 data—accelerating qualification of luminaires using just 3000 hrs of LM-80 data instead of the normal 6000 hrs. Cree XP-E2 LED samples are available now and production quantities are available with standard lead times. XP-E2 LEDs are available in 2700K to 7000K color temperatures with minimum CRI options of 70, 80, 85, and 90. Cree