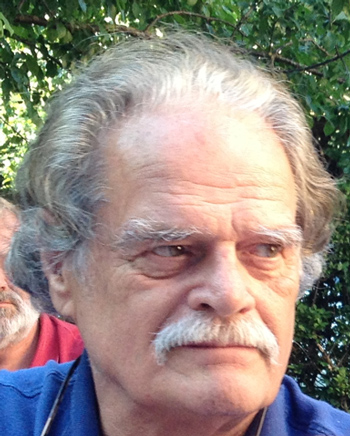 Amid concerns over the price, supply and hazardous extraction of rare earth metals used in permanent magnet motors, many members of the motor manufacturing community, especially those in the automotive sector, are carrying out extensive research into eliminating or reducing their use. Indeed, visitors to this year’s CWIEME Berlin exhibition, taking place 5-7th May, can hear about several initiatives in this area, such as the EU-funded MotorBrain project and work of the Karlsruhe Institute of Technology’s Helmholz Center for hybrid and electric vehicles, in the popular seminar programme.

Practically speaking, however, rare earth permanent magnets still remain the number one choice in hybrid and electric vehicle motors, according to leading design expert Jim Hendershot, who will be running the workshop at the exhibition. Mr. Hendershot, based in Kentucky, USA, has over 40 years’ experience in the design of permanent magnet and brushless switch-reluctant motors for computer disc drives, servo systems, traction drives, and hybrid vehicles, as well as micro-turbine and diesel generators. He has co-authored two of the leading design books on permanent magnet motors and generator design and has worked for some of the world’s most influential manufacturers, including General Motors.

“There are several types of electric motors for engineers to choose from for hybrid and electric vehicle traction drives: induction (or asynchronous), permanent magnet synchronous, switched-reluctance synchronous or reluctant synchronous. A couple of large front-end loaders use switched-reluctance wheel motors and some large dump trucks and dozers use AC induction motors for traction, as well as newer forklift trucks. But all major hybrid electric vehicles currently in production use rare earth permanent magnet synchronous traction motors,” he says.

“When BMW were beta testing their new i3 model, they ran them around for a few years with induction motors in them. But when it came to high volume production, they changed it to a permanent magnet motor. Similarly, it has been reported that Toyota is investigating motors with no magnets such as AC induction, but so far there is no clear indication that Toyota will switch over to AC induction motors now that magnet prices have subsided somewhat,” he adds.

The principle reason for popularity of the permanent magnet machine is that all other machine types without magnets require more mass and are less efficient. These are very important features for transportation vehicles, aircraft and ships.

“The maximum performance of any machine type is based upon the magnetic and electrical properties of the machine materials and all machine types tend to utilize the same electrical steel grades and copper conductors. Machines without magnets must be magnetized by supply current from their power source, whereas permanent magnet machines require zero magnetizing current so their efficiency is always higher than machines like AC induction and reluctance machines with no magnets. AC Induction machines have rotor slip losses, rotor ohmic losses and they are limited to four pole designs, compared to permanent magnet synchronous machines that utilize higher pole numbers, making them smaller. Even with the best materials in the world an AC induction motor will still be less efficient as it requires power from the batteries to magnetize the magnetic circuit,” he says.

Mr. Hendershot will be discussing these points and more at the CWIEME Workshop Hub (hall 4.1) on Tuesday 5th May, 14.00 – 15.00. The session is just one of six workshops taking place at CWIEME Berlin for design engineers in the motor, generator and transformer industries.

Mr. Hendershot will also be speaking at CWIEME Central (hall 3.1) on Wednesday 6th May, 13.30 – 14.10 on the impact of efficiency measures on electric motor design.

Chloe Theobald, content manager for the CWIEME exhibition series says: “Following on from our growing seminar program, we are introducing the workshops this year to give electrical engineers even more face time with industry leaders with a focus on practical design advice. We hope that visitors to the show will fully capitalize on this opportunity to pick the leaders’ brains and draw on their wealth of knowledge and experience.”