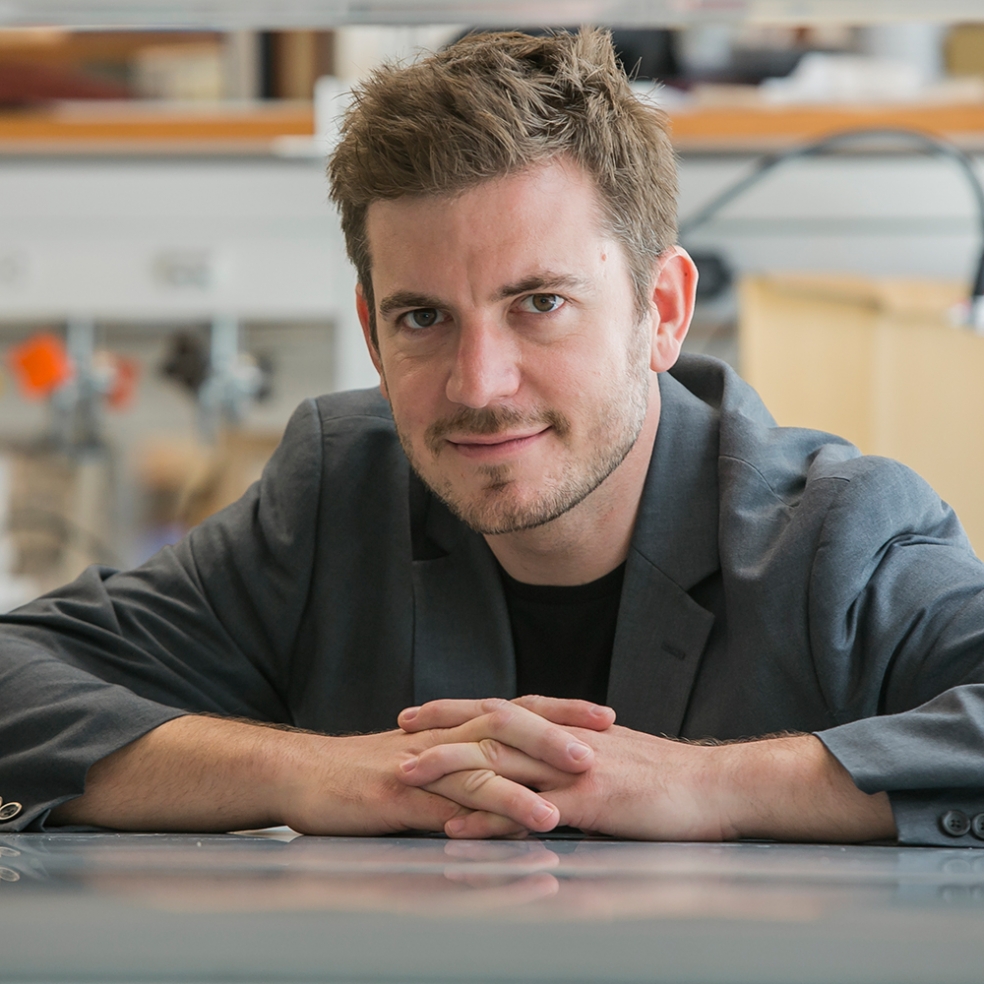 Rob Shepherd, associate professor of mechanical and aerospace engineering in the College of Engineering

­The Tin Man didn’t have one. The Grinch’s was three sizes too small. And for soft robots, the electronically powered pumps that function as their “hearts” are so bulky and rigid, they must be decoupled from the robot’s body – a separation that can leak energy and render the bots less efficient.

Now, a collaboration between Cornell researchers and the U.S. Army Research Laboratory has leveraged hydrodynamic and magnetic forces to drive a rubbery, deformable pump that can provide soft robots with a circulatory system, in effect mimicking the biology of animals.

“These distributed soft pumps operate much more like human hearts and the arteries from which the blood is delivered,” said Rob Shepherd, associate professor of mechanical and aerospace engineering in the College of Engineering, who led the Cornell team. “We’ve had robot blood that we published from our group, and now we have robot hearts. The combination of the two will make more lifelike machines.”

Shepherd’s Organic Robotics Lab has previously used soft material composites to design everything from stretchable sensor “skin” to combustion-driven braille displays and clothing that monitors athletic performance – plus a menagerie of soft robots that can walk and crawl and swim and sweat. Many of the lab’s creations could have practical applications in the fields of patient care and rehabilitation.

Like animals, soft robots need a circulatory system to store energy and power their appendages and movements to complete complex tasks.

The new elastomeric pump consists of a soft silicone tube fitted with coils of wire – known as solenoids – that are spaced around its exterior. Gaps between the coils allow the tube to bend and stretch. Inside the tube is a solid core magnet surrounded by magnetorheological fluid – a fluid that stiffens when exposed to a magnetic field, which keeps the core centered and creates a crucial seal. Depending on how the magnetic field is applied, the core magnet can be moved back and forth, much like a floating piston, to push fluids – such as water and low-viscosity oils – forward with continuous force and without jamming.

“We’re operating at pressures and flow rates that are 100 times what has been done in other soft pumps,” said Shepherd, who served as the paper’s co-senior author with Nathan Lazarus of the U.S. Army Research Laboratory. “Compared to hard pumps, we’re still about 10 times lower in performance. So that means we can’t push really viscous oils at very high flow rates.”

The researchers conducted an experiment to demonstrate that the pump system can maintain a continuous performance under large deformations, and they tracked the performance parameters so future iterations can be custom-tailored for different types of robots.

“We thought it was important to have scaling relationships for all the different parameters of the pump, so that when we design something new, with different tube diameters and different lengths, we would know how we should tune the pump for the performance we want,” Shepherd said.

Postdoctoral researcher Hyeon Seok An contributed to the paper.

The research was supported by the U.S. Army Research Laboratory.