Yole De?veloppement announces its SiC Market 2013: Technology and Market for SiC Wafers, Devices and Power Modules report. Yole De?veloppement's report focused on the entire value-chain, covers all SiC applications in low, medium and high power ranges and provides all metrics up to 2020. It also includes a Bill-of-Material analysis, to compare Silicon vs. SiC-based system costs, and a cost reduction roadmap for SiC devices Despite overall power electronics 2012 downturn, SiC kept on growing Started late in 2011, the power electronics downturn in 2012 was quite severe, exhibiting -20% negative growth. The market suffered from the global economic downturn combined with external factors like China controlling what happened in some selected markets (Wind turbine or Rail traction projects that have been stopped or postponed). However, the SiC device market kept on growing with a +38% increase year to year. SiC technology is now commonly accepted as a reliable and pertinent alternative to the silicon world. Most power module and power inverter manufacturers have already included it in their roadmap as an option or as a firm project. However time-to-market differs from application to application as a function of value proposals for cost, specifications, availability and such. Despite a quite depressed market last year, PV inverters have proven their appetite for SiC devices in 2012. They are the biggest consumer of SiC devices together with PFCs. In 2011 and 2012 SiC diode business was the most buoyancy due to micro-inverter applications, however Yole De?veloppement is confident that both JFET and MOSFET will quickly catch-up and become dominant in revenue by 2016. SiC device (bare-dies or packaged discretes) market reached about $75M in 2012 with a sharp domination by Infineon and CREE again, however the competition is little by little grabbing market share with STMicroelectronics and Rohm closing the loop. There are now more than 30 companies worldwide which have established a dedicated SiC device manufacturing capability with related commercial and promotion activities. Virtually, all other existing Silicon-based power device makers are also more or less active in the SiC market but at different stages. 2012 has seen the ramp-up of some companies, such as Rohm, MicroSemi, GeneSiC or STMicro, facing the 2 giants CREE and Infineon, prefiguring a new market shaping in the coming years. Four new companies - Raytheon, Ascatron, IBS and Fraunhofer IISB - have decided, almost simultaneously, to launch SiC foundry services or contract manufacturing services. This business model establishment addresses the demand of future SiC fabless and design houses that may look for specific manufacturing partners. It will also probably act as a possible second source for IDMs in cases of production overshoot. In Asia, Panasonic and Toshiba are now clearly identified as credible contenders, along with Mitsubishi Electric, now developing SiC power modules. Fuji Electric's new SiC line is now running within the Japanese national program. No Chinese device maker has emerged yet, however, according to the huge investment plan in R&D, Yole De?veloppement's analyst suspects new IDMs will soon enter the business. In the US, Global Power Device and USCi have now exited stealth mode and have strongly affirmed their intentions to take market share. Ultimately, the unexpected closing down of SemiSouth in October 2012 has created chatter about the quite stable-until-then SiC business. Several reasons have been disclosed that explain this decision (over-sized company, market too long to take-off...), however we can't ignore that it discredits to some extent the Noff JFET technology. Only the future will tell. Reshaping from discretes to modules Yole De?veloppement now sees the SiC industry reshaping, starting from a discrete device business and now mutating into a power module business. Originally, this was initiated by Powerex, MicroSemi, Vincotech or GeneSiC with hybrid Si/SiC products, then other players such as Mitsubishi, GPE and more recently Rohm have reached the market with full-SiC modules. This trend will become dominant in the coming years as integrators require power modules in most of their mid and high power systems (generally starting from >3kW). Yole De?veloppement does forecast that SiC-based power module demand could exceed $100M by 2015 and top ~$800M in 2020 depending on whether or not the auto industry will adopt SiC. Next critical challenges: Cost reduction, packaging & multi-sourcing SiC equals high frequency and high temperature operation. That said, capturing these 2 added-values remains an issue as no existing set of technologies can fully answer that request now. The path to success for SiC large implementation will necessarily go through new packaging solutions. Numerous bottlenecks need to be unlocked: chip bonding, metallic contact technique, gel filling, encapsulant, EMI, and others. Power device integrators generally rely on two, or even three sources to lower supply-chain risks. In SiC, it is now easy operating multisourcing for diodes, though not yet for transistors. MOSFET, JFET or BJT must be available from at least 2 companies with similar specifications. This Yole De?veloppement's report also proposes a cost reduction roadmap for SiC device manufacturing at different levels of the process steps. About SiC Market 2013: Technology and Market for SiC Wafers, Devices and Power Modules report: o Author: Dr Philippe Roussel holds a Ph-D in Integrated Electronics Systems from the National Institute of Applied Sciences (INSA) in LYON. He joined Yole De?veloppement in 1998 and is leading the Compound Semiconductors, LED, Power Electronics and Photovoltaics department. o Catalogue price: Euros 5,990.00 (Multi user license) - Publication date: May 2013. 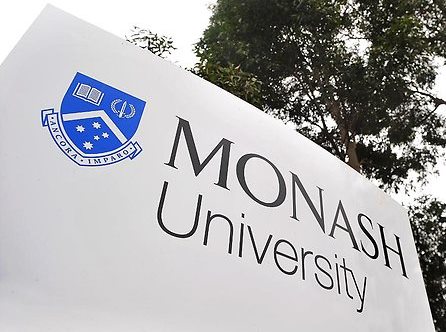