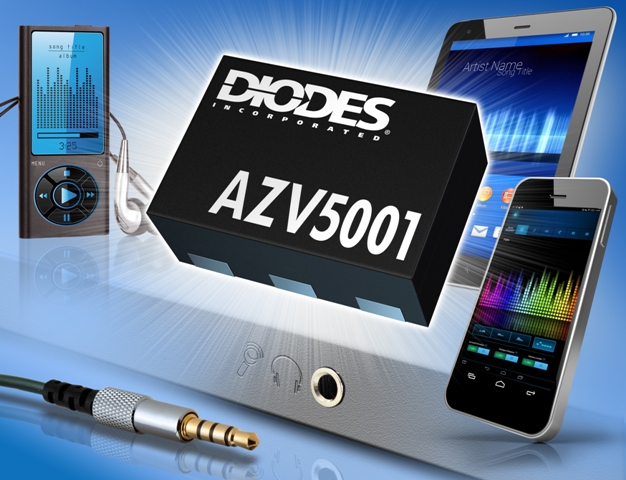 The AZV5001 headset detection IC introduced by Diodes Incorporated is targeted at cost- and power-sensitive consumer electronics such as mobile phones, tablet computers and media players. The integration of a comparator, OR gate and N channel MOSFET into a miniature package enables the connection of a headset with microphone to be quickly and simply detected.

The AZV5001 has two detect inputs that together determine when a headset has been inserted into the equipment’s audio jack. The presence of a left audio signal drives the internal comparator output low, which when logically OR’ed with a ground connection from the jack will result in a low output from the IC, indicating the headset is properly connected. Internal pull up resistors on both detect inputs ensure that connection is not indicated when either signal is absent. When a headphone is not detected, an on-chip N-channel MOSFET is enabled, which can be used to mute the microphone input to the equipment’s audio codec.