The substantial use of motors in industrial applications makes even small efficiency improvements significant both in terms of global energy consumption and in the operating budgets of many plants. However, a historical pattern of using overrated motors to deliver bursts of higher current during acceleration has limited adoption of more efficient designs. Overrated motors provide the headroom for overcurrent operation, but of course have higher operating costs. In turn, the overrating may result in a longer service life, creating an apparent benefit in service and maintenance costs. With increasing electricity costs and progress in smart factory technologies that provide real time information about motor status, this simplistic approach is no longer valid. It is time to consider designs to more precisely match the motor to the task.

This article will focus on low-voltage industrial motors, rated at less than 1 kV AC, which make up the vast majority (about 91% by revenue) of use cases. This is segmented further, with about 60% being general purpose drives and another 31% servo drives, which are used in motion-intensive applications such as robotics, material handling and machine tools. (Figure 1).

The topology of a typical variable speed drive – including an AC to DC rectifier, a chopper circuit and an inverter to drive the motor using Pulse-Width Modulation (PWM) (Figure 2) – is common across a broad range of applications, from several kilowatts to several hundred kilowatts. Let’s consider module designs based on mainstay IGBT devices, as well as higher-speed CoolSiC™ MOSFET switches, which are increasingly used for robotics and other automation applications. 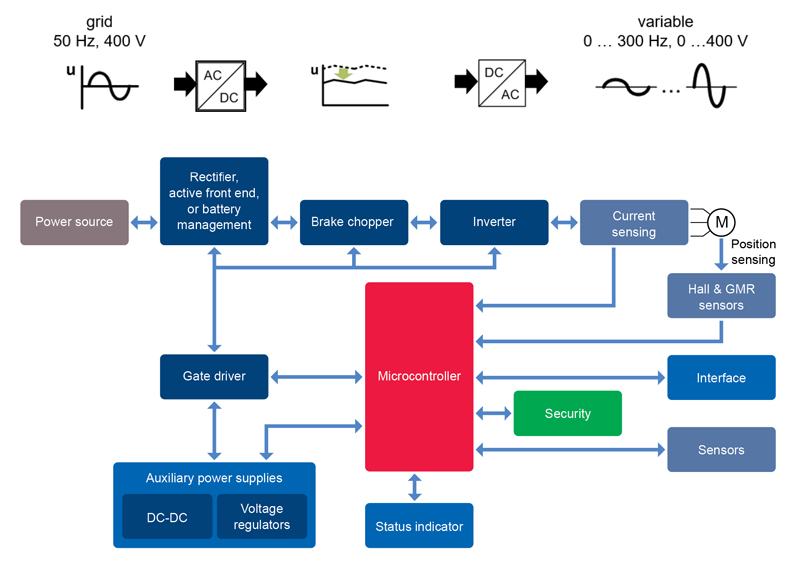 Figure 2. A typical block diagram of a convertor system for a variable speed drive

The recently introduced IGBT7 technology from Infineon is optimized for motor drive applications, beginning with a micro-pattern trench structure that reduces conduction losses by 20% in comparison to earlier devices. These devices support controllable dv/dt via the gate resistor. This helps to minimize the impact on motor bearings and insulation windings by limiting the dv/dt to 5 kV/µs. Additionally, the forward-voltage drop of the matching freewheeling diode is 100 mV lower than previous generation diodes.

Of key significance for industrial drives is the allowable peak junction temperature (Tvjop) of 175°C, an improvement of 25°C compared to earlier generation technology. Operation in the range above Tvjop=150°C is time dependent. Tvjop=175°C is allowed with maximum duration within 20% of the load cycle time (T), or t1=60 s every T=300 s. This translates into higher power density, and thus equivalent power in a smaller package or an increased power handling capability in an equivalent package compared to earlier generation devices. It also allows reliable operation under overload conditions without resorting to overrating. As a general rule, light and normal duty motors used in pumps and fans must be capable of operating at 110% of rated current during acceleration periods of up to 60 s. Heavy duty motors, such as those used for conveyor belts and other automation applications, may see overloads up to 150%.

Another important parameter of this IGBT generation is the short-circuit withstand time (tsc), which is defined as 8 μs at a Tvjop of 150°C. This is 20% less than the IGBT4, but this enables lower power losses through the reduction of the conduction losses at similar switching losses. In addition, the device is designed for zero voltage turn-off, requiring only a unipolar gate driver power supply that is simpler to design.

IGBTs optimized for motor drive applications also are well-suited for servo drives, though an increasing number of applications for servos demand higher precision, faster acceleration rates and low inertia. For example, a conveyor system might use several low-torque servo motors with IGBT-based drives in a distributed arrangement, attached via cabling to a central control system. In robotic and other high precision automation applications, there is a desire to reduce or even eliminate motor cabling and directly attach the drive inverter to servo motors. This is a critical step both in achieving desired performance while reducing the size of the integrated inverter. To achieve this, designers now have the option of CoolSiC™ MOSFET switches.

In a typical industrial robotics application, rapid position changes of the arms are achieved with high levels of acceleration, with overloads often ranging from 200% for several seconds in a ten second period and even 300% for one quarter of a second in a four second period. This leaves little time for the power devices to recover from high heat load. Silicon Carbide (SiC) MOSFETs offer both higher temperature endurance and operation, and enables higher frequency switching through lower switching losses (Figure 3).

With integration of the inverter into the motor, and elimination of the motor cable that can be a source of both EMI difficulties and actual stress on the motor windings, SiC MOSFETs also allow design engineers to increase switching frequencies, which further benefits compact designs by reducing the volume of magnetic components needed. With a move from 4 kHz to 8 kHz, operating temperature of the drive can be lowered by up to 40%, or delivered power can be increased up to 65% at a similar operating temperature (Figure 4) compared to an IGBT-based solution. Higher frequency also results in faster servo response time to dynamic changes in load, an important performance improvement for many robotics applications.

The benefits of using CoolSiC MOSFETs to produce an integrated servo motor and drive were verified in an evaluation design for industrial applications (Figure 5). Operated under stop-start conditions of acceleration (between +1500 RPM and -1500 RPM) over both slow and fast cycles (150 ms/ 50 ms), current peaked at 11 A (slow) and 28 A (fast). Switching losses were reduced up to 50% at a similar dv/dt compared to silicon IGBTs. Most importantly, the level of integration, and thus functionality, would not have been achievable with IGBTs.