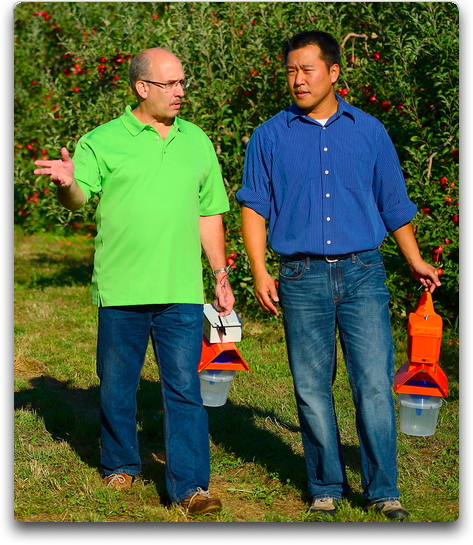 Tom Puterbaugh, Spensa Technologies VP of products, and Spensa CEO Johnny Park about to install Z-Traps in an apple orchard.

The Z-Trap is an electronic agricultural insect trapping device that automatically detects the number of target insects captured by the trap and sends the data wirelessly to the grower's mobile phone or computer. It has potential to automatically monitor insect pest populations and reduce the amount of insecticides emitted into the environment. The Z-Trap is a Purdue University discovery being commercialized in the Purdue Research Park by Spensa Technologies Inc. "Tracking insect populations is a fundamental part of any pest management program and being able to track those numbers in real time electronically through a smartphone or a computer helps growers choose how to use insecticides more judiciously," said Johnny Park, president and CEO of Spensa and Purdue research assistant professor in electrical and computer engineering. Spensa's technologies leverage the team's world-leading expertise in wireless sensor networks, robotics and computer vision to design, develop and deliver novel technologies for the agricultural industry that will reduce reliance on manual labor, foster eco-friendly farming and enhance crop production efficiency. This device enables growers to electronically monitor insect populations, reduces the amount of chemicals emitted in agricultural fields, lowers labor costs and reduces the amount of insecticides purchased by growers. In the U.S. in 2010, crop growers lost $20 billion to insect damage and spent $4.5 billion on insecticides, according to Park. The device is patented through the Purdue Office of Technology Commercialization and is being developed by Spensa Technologies Inc., a company based in the Purdue Research Park. "Currently the technology is being used to collect data on codling moths, Oriental fruit moths and leaf rollers in apple orchards," said Tom Puterbaugh, Spensa Technologies VP of products. "But Z-Trap will eventually be used to collect insect data from other types of crops including almond, walnut, orange, pear, grape, cherry, vegetable, corn, soybeans and many other stored products." Z-Trap is being commercialized through the Purdue Office of Technology Commercialization. Z-Trap can be used in conjunction with MyTraps.com, an online app that helps growers and pesticide consultants track the number of insects for any agricultural crops. The technology is available as an online subscription service. "Z-Trap is a hardware that collects insect data and MyTraps.com is the software that presents the data to growers and consultants so they can make insightful decisions about insect control," Park said. Purdue University Spensa Technologies 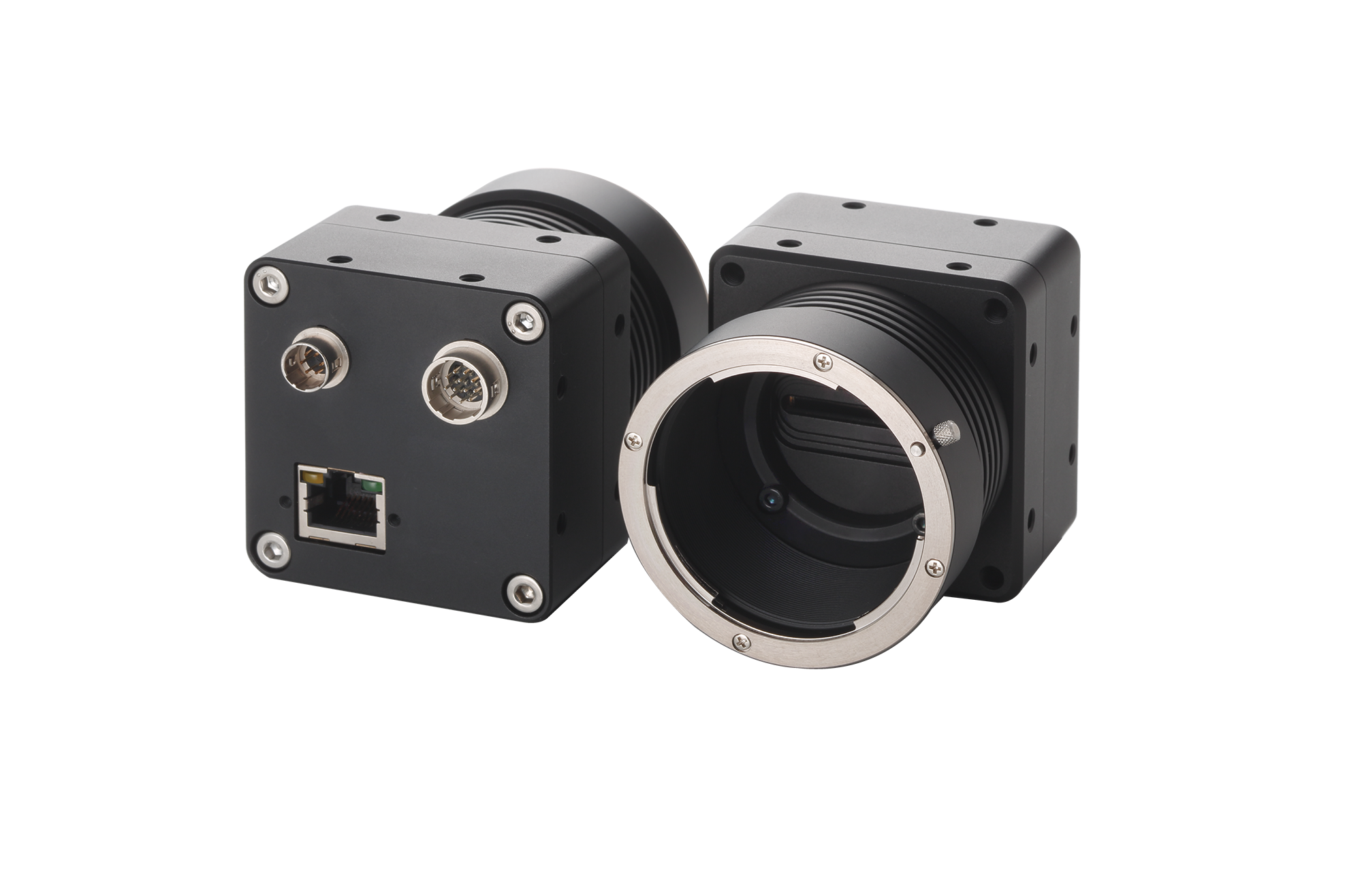